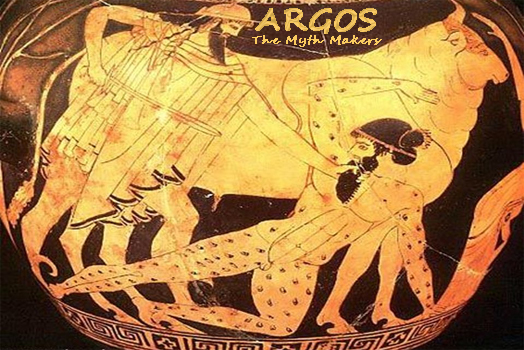 I don’t think there can be many residents who have not noticed the Herculean effort the Council is making to try and persuade the hard-pressed ratepayers of the Borough that the ARGOS scam – that is, the Council’s proposal to borrow £22 million quid to build Coventry University a block of bedsits in the Old Town of Scarborough, is a good idea.

The level of propaganda the current Labour administration is spewing out in its quest to convince, “the little people” (those who don’t quite yet understand what a favour the Council is doing for them, and how wonderful Steve “It’s a dog’s breakfast” Siddons will make the Borough, if only ratepayers will just accept the ARGOS scam and allow him to spend their money how he sees fit) is, and I think most will agree, impressive even by previous Town Hall standards.

Indeed, the torrent of lies, spurious ‘facts’ and, of course, misinformation pouring from the propaganda department in the Town Hall, and ably supported it has to be said by the “unbiased”, Scarborough News, are reminiscent of the methods used in a STALINIST STATE to persuade their enslaved populations that the leadership, although it is oppressing them, only has their best interests at heart.

Needless to say, perhaps, this level of propaganda and “hard sell” from the Council has not gone unnoticed by my old school mate Paul. Now Paul, readers might recall, is the guy who told me that he thought our glorious leader, Steve “It’s a dog’s breakfast” Siddons, was so bent he could hide behind a cork screw.

My guess would be that those who might disagree with Paul could, if they wished to assemble, find space in a phone box.

Anyway, as might be imagined, Paul did not miss the propaganda spiel trotted out by Steve “It’s a dog’s breakfast” Siddons’ second in command, Councillor, and so-called Deputy Leader of the Council (but not really) Cllr Liz Colling.

Siddons, now that the opposition to the ARGOS scam has become so vocal and so strong, has, it seems, pushed poor Liz forward to be his human shield. No doubt Liz, and others who have been stupid enough to support the ARGOS scam will, when it hits the fan, be available to take the rap for the madness, while others, perhaps, take advantage of the more pleasant ITALIAN climate.

So what did “fall girl” Liz have to say?

Well, Liz started off by telling us that:

“In order for us (the ratepayers) to fund the Argos development we would be borrowing money from the Public Works Loan Board. In order to pay that back there has to be an income generated from the project and the rent from this development will pay back the loan plus the interest.”

So according to our Liz, the £22 million quid loan (more likely £30 million loan, at today’s prices) needed to fund the ARGOS scam, will be repaid, plus the interest, by the rental income generated from letting the bedsits.

Now Liz, I know you think we are all stupid, but I would suggest that even the most gullible ratepayer in the Borough will be laughing at the notion that you believe the rental income from the ARGOS scam will EVER come anywhere close to repaying the 40-year loan.

There is, as far as I know, not a single, respectable financial expert who has commented on the ARGOS scam, who has predicted that rental income, if any, will EVER come close to covering the costs of the loan.

As has been repeatedly said, no private developer in their right minds would ever build 200 plus bedsits on the ARGOS site and expect to make a profit.

So Liz, just think about it. Put to one side your desire to support Steve “It’s a dog’s breakfast” Siddons.

Return to the real world, where Councillors should put the interests of their constituents first, not last, as is the case now, and look at the finances of the ARGOS scam objectively.

If Coventry University thought there was the slightest chance of making money from student lets, by building bedsits on the ARGOS site, they would be doing it themselves.

If investors thought that creating retail units on the ARGOS site would be viable they would have done it long ago.

The reality is (and I know this is a hard concept for you to accept, Liz) but the ARGOS scam will NEVER repay its loan from rental income and while you might not understand how basic market forces work, those of us who you want to repay your loan certainly do.

So what of the alternative proposal for the ARGOS site the very appealing and much wanted MARKET SQUARE.

Well Liz did not like this idea at all and was eager to share her thoughts with us. Liz said:

“If there was to be a public square there, there is no income from that public square. So, we could not borrow the money. Cllr Colling said Historic England would object to knocking down the entire row of St Helen’s Square that faces the Market Hall to make way for a large public square, and branded the idea as “a myth”.

So Liz, the MARKET SQUARE proposal is a “myth”? Well I think you had better take a look at the Renaissance Charter, out of which came the hugely welcomed regeneration scheme Kissing Sleeping Beauty.

These two pieces of work, undertaken by the Council in 2002, looked specifically at the ARGOS building, the Market Hall and St Helens Square and the authors of these very thorough and well-researched pieces of work concluded that the creation of a MARKET SQUARE would be a splendid idea.

The authors of Kissing Sleeping Beauty (who, it has to be said, included Labour members, Council Officers and just about all the good and the great of the Borough of Scarborough) felt that, far from seeing no income from the creation of a MARKET SQUARE, the economic benefits of undertaking such a development would be enormous and widespread.

So we come, perhaps, to the real deal-breaker, as far as our Liz is concerned, and that is the money needed to fund the MARKET SQUARE proposal.

In 2002, although it was seen by the Council, its Officers, and just about every society and interested party in the Borough, that creating a MARKET SQUARE out of the ARGOS site and St Helens Square was a very real and much-desired proposal, funding the scheme at that time would be impossible.

Councils could not afford commercial loans and public money in the form of grants and state borrowing was non-existent. So while the MARKET SQUARE idea remained Council policy, the funding needed to make it happen could not be found.

However, times have changed and we now have not one, but two, funding streams available to finance the MARKET SQUARE proposal.

There now exists the Public Works Loan Board (PWLB), a borrowing institution set up specifically for Councils to use when they want to create Public Works – and how could a public MARKET SQUARE be anything other than a very worthy public work?

However, Scarborough has also benefited from a government grant of over £20 million, the TOWNS DEAL FUND, specifically awarded to Councils for public works such as MARKET SQUARES.

So, Liz, the possibility of creating a MARKET SQUARE is not a “myth”. It is a very real and much-wanted first step in a very well-researched, and well thought out, regeneration programme, which can now be funded.

However, as Cllrs Janet Jefferson, ward Councillor for Castle Ward where the MARKET SQUARE would be established, and Steve “It’s a dog’s breakfast” Siddons, so-called leader of the Council, who we may suppose by his non-appearance and the sudden appearance of poor old Liz Colling, are currently hiding in the deepest Town Hall bunker, it seems that the ARGOS scam option, favoured by them, is what ratepayers are going to get.

Our great leaders, it appears, have made up their minds and are completely oblivious to common sense, residents’ wishes and the realities of basic market forces. So 200-plus bedsits it is.

Or is it? Their cunning little ARGOS plan is not, it seems, the cut-and-dried racing certainty that they thought it would be. Recent resident unrest has panicked our glorious leaders and forced them to use desperate measures, such as the enormous propaganda offensive currently being mounted by the Town Hall’s spin doctors.

Siddons and his cronies are, in fact, as I am sure you know LIZ, now in a desperate race to get the ARGOS scam done and dusted before their power is taken away next May, when the creation of the new Unitary Council will inevitably prevent them from borrowing.

Nonetheless, the current leadership of the Council, still has six months to get the £30 million quid ratepayer-funded ARGOS scam through and they will, no doubt, use every dirty trick in the book to get their greedy little mitts on the ratepayers’ money.

So Liz, to be clear:

All that developing the ARGOS site as Siddons intends will do is bring additional debt to already hard-pressed ratepayers and misery to those who live in the Old Town.

The ARGOS project is, in fact, as many people now realise, a scam which has no other purpose than to make a few people very rich and a great many people, the ratepayers, very poor.

So will it be “Arrivederci, baby” (“Goodbye, suckers, I’m off to Tuscany!”), leaving patsies like Liz to carry the empty can – or will it will be “You’re nicked, sonny; the game is up”?

Answers please, as usual, placed in a brown paper envelope and addressed to the Town Hall.