“The John Poulson Memorial Prize” In a satirical spirit, the North Yorkshire Enquirer presents the eighth in a continuing series of so-called  “Photoons” – cartoons developed from digital photographs – highlighting the more amusing aspects of current affairs in North [...]

On the 7th July 2013 I published an article entitled NYCC: Out Of Control? The article reported on matters under discussion by the Executive Committee of North Yorkshire County Council (NYCC). A member of the public, who had won a [...] 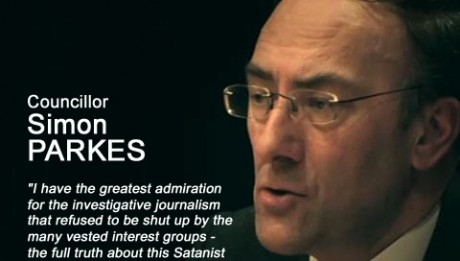 Equal Under The Law? Parish The Thought! an “In My View” article by NIGEL WARD, examining the conduct of Parish Councils in relation to the current Standards regime established under the terms of the Localism Act 2011. ~~~~~ Though this [...] Jimmy Savile: NHS Reports issued – Crime and Parliamentary Affairs Correspondent Tim Hicks reports on today’s release of the long-awaited NHS Reports on the predatory paedophile (and, according to some reports, serial necrophile) JIMMY SAVILE. ~~~~~ An event that the North [...] “Nobody Needs Get Hurt” In a satirical spirit, the North Yorkshire Enquirer presents the seventh in a continuing series of so-called  “Photoons” – cartoons developed from digital photographs – highlighting the more amusing aspects of current affairs in North Yorkshire. [...] SBC: No Grave at the Futurist

A Letter to the Editor from Patricia DAVID of Scarborough regarding Scarborough Borough Council’s announcement to the Scarborough News that there is no grave at the Futurist Theatre. Dear Mr. Editor, Re: Recent Press Release. I am concerned about some [...] On The Legality Of Parking Bye-Laws

A Letter to the Editor from Andy STRANGEWAY of Full Sutton, raises some important aspects of local government bodies abusing statutory regulations in the implementation of bye-laws and by-passing public consultation requirements. Dear Editor, As a campaigner with an interest [...]