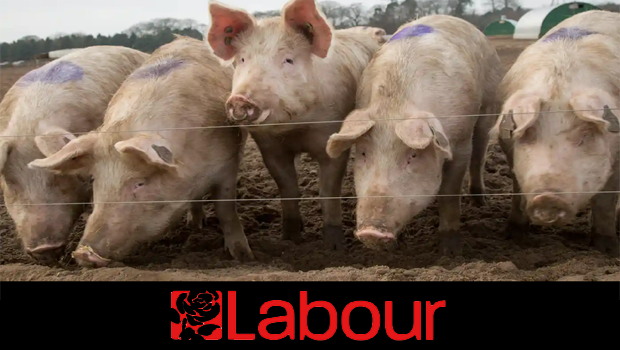 Well, as predicted, once the UNITARY election TROUGH was opened, Siddons’ and Jefferson’s little piggies have come rushing out to get their greedy little SNOUTS into it.

Of the current Labour shower of sh*t (allegedly running Scarborough Council), five have had the brass neck to put their names down for election to the new UNITARY council.

It is rumoured that ‘Gluey’ Norton would have stood – but she got stuck in traffic.

Moreover, three of Jefferson’s Independents, who have for the past three years propped up this totally incompetent, and many say corrupt, regime, have also had the gall to put their names onto ballot papers.

These eight nobodies have, for the past three years, fiddled while Rome burned, and most disgracefully drawn full Allowances for doing it. And now they are asking ratepayers to vote for them again so they can do it some more.

No doubt these Labour/Independent fools will be hoping that ratepayers will have forgiven and forgotten the total screw up they have made of running the Borough since 2019.

Little matters like the £30 million they were going to borrow to build Coventry University a block of flats on the ARGOS site will no doubt be laughed off as some kind of big misunderstanding.

Swindling the residents of Whitby out of the millions of pounds they should have received from Harbour income will, we may expect, be attributed to mere accounting errors.

The madness of spending £150,000 on a consultant to review whether the Tree Walk in Peasholm Park should be reinstated will be blamed on Council Officers.

The appalling treatment that Scarborough’s fishing industry has received and the crazy scheme to transform the West Pier into a tourist attraction will, no doubt, be shrugged off as a little local misunderstanding.

They may, however, have a slightly more difficult task explaining why two of their cronies, Rich Maw and Subash Sharma, failed to declare that they had an interest in a recent Planning application.

These two prime Labour bozos were on the Planning Committee when the application was put forward to make some kind of a postage stamp Town Square on St Helen’s Square.

As a prerequisite of the development, the Council needed to purchase the flat at 1A St Helen’s Square, which just happened to belong to long-standing Labour Party member and former Councillor, Paul Cross.

Sharma, as Chairman of the Committee, and Maw as a member, should, of course, have declared that they at least knew Cross. Sharma, indeed, had declared his interest at a previous meeting, but on this occasion stayed very quiet.

Subsequently, although Cross’s flat was only valued by Zoopla at £48k, the Council paid him £108k. Wonder why?

One little piggy is, however, conspicuous by his absence on a ballot paper and that is Labour’s glorious leader Steve (“It’s a Dog’s Breakfast”) Siddons.

Many believed, myself included, based on his obvious liking for ratepayers’ money, that Siddons would have been the first to try and get his piggy little snout in the UNITARY COUNCIL trough. But search as I might, I can find no sign of his name on a ballot paper.

Could it be that the local Labour Group has finally realised that their glorious leader is an incompetent, greedy twit and banned him from standing; maybe?

Or is it, perhaps, finally beginning to dawn on the hapless Siddons that many voters, maybe most voters, think he should be in a court room rather than a Council chamber?

Answers, as usual, placed in a brown paper envelope addressed to the Town Hall Scarborough.

Anyway, as I have said many times in the past, it is my guess that TUSCANY will soon be calling the great leader so it is, perhaps, not really surprising that, for whatever reason, he is dodging the bullet (sorry – ballot).