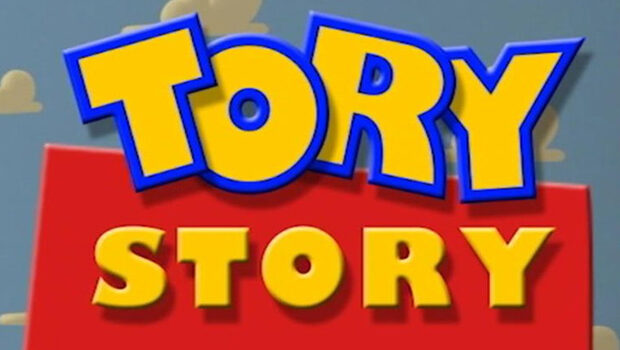 Guest Author Alderman Norman Murphy is less than impressed with the Conservative election campaign as rolled out in Newby Division.

Well, Charlie (the Chump) Allanson’s Conservative Party campaign leaflet has finally arrived in my part of Newby. To say that I am underwhelmed would, perhaps, be an understatement.

Like his Labour Party counterpart, and our opposition in the Newby Ward, Subash Sharma, the single page of A4 contains more rubbish than one of the Council’s bin waggons. It stinks about as bad, as well.

Like the guff put out by Labour, the Conservative leaflet has a title; which is, “InTouch”. Now this title, which as far as I can see is basically meaningless, has presumably been thought up by Tory Party election experts to try and fool voters into believing that if you elect Charlie (the Chump) he will keep “InTouch” with the residents of Newby.

A bit like the title on the Labour leaflet “Labour Rose” which has presumably been put on their leaflets to try and fool voters into believing that if you vote Labour there will be the sweet aroma of roses in the air.

However, one suspects that it will take more than a reference to the aroma of roses to mask the stench of corruption which seems to contaminate the air around the current local Labour Party leadership.

Anyway, be that as it may, Charlie, my question to you would be: as you don’t live in Newby, don’t work in Newby, and, as far as I can ascertain, have no connection whatsoever with Newby, why should any resident of Newby imagine, for one second, that you are going to, as you say, keep “InTouch”?

Indeed, this disconnect being the case, who or what, my fellow residents, I hear you ask, is Charlie going to keep “InTouch” with; the spirits of Tories past, perhaps? Well, who knows? And I certainly would not like to speculate on that.

However, I am very willing to speculate that our Charlie will keep “InTouch” with his Conservative Party bosses and, as his predecessors did, vote for anything and everything they tell him to vote for; regardless of whether it is in the interests of Newby residents or not.

In fact, I would almost guarantee that, should Charlie get elected, and if another Conservative-backed project, such as the £4.5 million ratepayer-funded demolition of the FUTURIST Theatre was placed on a Council agenda, Charlie (the Chump) would have his hand up supporting it faster than a ferret down a rabbit hole.

That being said, of course, it might well be asked: should anyone be inclined to read the leaflet, what does it say Charlie and his chums will actually do for residents in the wider Borough, and more specifically the focus of my attention, in Newby?

Charlie is keen to tell us in his leaflet about Labour’s many failings, such as their reckless spending plans, increasing Council debt by nearly 60% in less than three years.

And of course Labour would, had they managed to get the ARGOS development scam through, have increased Council borrowing by at least another £22 million, probably £30 million.

However, while our Charlie quite rightly illuminates Labour’s failings, he fails miserably to tell us about his plans for Newby, or indeed anywhere else, for that matter.

Indeed, there is not a single mention of any of the several important issues that affect the everyday lives of Newby residents.

The shocking state of our roads, which are particularly bad in parts of Newby, for example, does not even get a mention in Charlie’s leaflet.

The same level of disinterest applies to his total disregard of the many neglected and derelict development sites, created by the previous Conservative administration, I might add, which lay abandoned in Scarborough’s North Bay to this day.

The scandalous waste of the Kinderland site, the Atlantis Pool and the Mr Marvel’s site do not even register a blip on Charlie’s radar.

Likewise, the totally inadequate public transport system operating in Scarborough fails to get a mention. The changes to bus routes and times recently introduced by the bus companies serving Scarborough are, Charlie, although I don’t suppose you will be aware of it, causing residents, and especially NEWBY residents, real problems.

However, while our Charlie ignores the issues which affect the lives of Newby residents, he tells us that he “does not wish to be a Councillor who talks down to his residents. (He) wants to be a Councillor who promotes the tireless efforts of many in the community and works with everyone to ensure that we have a better place to live and work.”

Well, Charlie, some may believe you. However, I suspect thousands won’t.

The content of your leaflet, Charlie, just like the rubbish put out by Labour’s Subash Sharma, is, I would venture to say, a pack of lies written by someone who knows nothing of the Newby Ward and its residents and cares even less.

While, perhaps, Labour’s leader Siddons and his foot soldier Sharma dream of TUSCANY, you Charlie, it seems to me, are dreaming of Fantasy Island.

Although you may thinkt, as did one of your Conservative predecessors, that the residents of Newby are THICK (a claim he made some years back in Full Council), I know they are not.

Indeed, my guess is that the good people of Newby are well smart enough to understand that, on 5 May, if they keep “InTouch” with you, Charlie, they might be stuck for the next five years with another Gluey Norton.