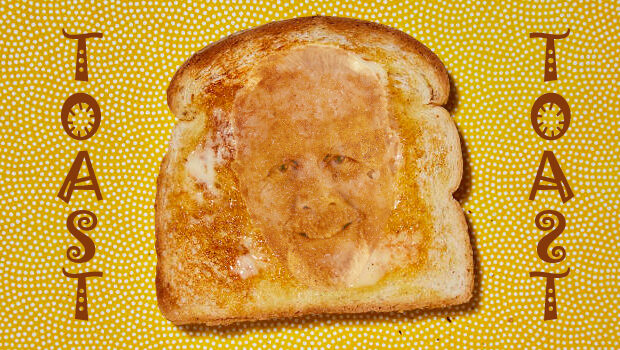 Today’s ever-popular Guest Author is Alderman NORMAN MURPHY, who appears to have identified the cause of some belated signs of long-overdue action in the Puzzle Palace…

To suggest that the reign of Labour Emperor “Stevo Siddonso” (Hail, great Caesar!) has not gone well since his power grab in May 2019, would, perhaps, be something of an understatement. Having consulted the history books, I can find no Scarborough Council leader who has ever suffered the humiliation of two votes of no confidence in less than a year; as our current ruler Emperor “Siddonso” has.

The discontent over Siddonso’s leadership qualities, frequently expressed by elected members, is of course not surprising. Siddonso’s capacity to cock things up is already legendary and his recent failure to secure the £10 million available to Scarborough from the Future High Street Fund has more than confirmed his monumental incompetence.

Nonetheless, despite his total lack of leadership skills, Siddonso still clings to power like the proverbial S… to a blanket. However, there are signs that Siddonso’s occupation of the IVORY TOWER is starting to look less secure and a certain amount of panic is setting in.

It will, I am sure, not have escaped anyone’s notice that suddenly Siddonso seems to have grown a backbone. Surprisingly – to many people – it must be said, Siddonso has finally faced down Benchmark and cancelled their preferred developer status, thus bringing to an end almost twenty years of broken promises over future developments in Scarborough’s North Bay.

The cancellation of Benchmark’s hold over Council assets is seen by many residents as a welcome move, and Emperor Siddons (Hail, great Caesar!) will, no doubt, claim that it is a great victory for his leadership. However, it should be noted that our brave Emperor has had nearly two years in which to resolve the Benchmark issue, but has consistently found excuses not to do so.

It will be further noted, by vigilant residents, that the highly unpopular scheme to give £22 million of ratepayers’ money to Coventry University to build a block of flats on the site of the old ARGOS building has suddenly gone very quiet indeed.

The ARGOS deal which so recently, according to Emperor Siddonso (Hail, great Caesar!) was absolutely vital to Scarborough’s regeneration has, it seems, run out of steam. At the time of writing although the ARGOS plan has been scheduled to go before the planning committee on four separate occasions, it has still not been considered; and judging by the reaction of residents in the old town to what has so far been suggested, another carbuncle of a development, and of course the inevitable car parking problems, it is not wanted by residents and would be strongly resisted.

So one might be forgiven from wondering: why have two key projects, which up until only recently, Emperor Siddonso, (Hail, great Caesar!) had so actively supported, suddenly been rejected and abandoned?

Well, it does not take the talents of a Sherlock Holmes to work out that the abandonment, at least temporarily, of the ARGOS deal and the, possible, rejection of the Benchmark deal, has more to do with the electoral prospects of Emperor Siddonso and his little band of Trots, rather than the best interests of the Borough’s residents.

Although it was thought that there would be no local government elections this May, because of the Covid disease, suddenly, in early February, the Government announced that they now thought it would be safe to hold them and the County Council elections were back on.

This news, so I am told, threw Emperor Siddonso into a flat-out panic, as he knew that the local Labour Group, under his leadership, was about as popular as a turd in a swimming pool.

So if he, and his fellow travellers, were to have any chance at the May polls, drastic and urgent action had to be taken.

Unpopular schemes, such as the ARGOS development and the backstairs deals with Benchmark, had to be ditched – at least until after the elections – to give Emperor Siddonso a shot at County Council glory.

So, in a desperate attempt to fool the electorate into giving him their votes, the ARGOS deal and his shady deals with Benchmark were, reluctantly, thrown under the bus.

However, ironically, just as suddenly as the Government had announced that the County Council elections could go ahead, because of the Devolution proposals effecting how North Yorkshire will in future be governed, they U-turned and cancelled our County elections.

My suspicion, therefore, is that now that the election scare is over, it will quickly be back to business as usual in the IVORY TOWER and the push to get the ARGOS deal over the line, and a kiss and make up session with Benchmark, will be Emperor Siddonso’s top priority.

So, although we may still end up with the Benchmark deal and the ARGOS fiasco will no doubt be resurrected, Emperor Siddonso has, for the time being at least, been saved from what I believe would have been a humiliating electoral defeat.

However, in 2022 he will definitely have to face the electoral music.

Scarborough Borough Council is now certain to be abolished and elections will take place for the new unitary authority in May 2022, and my guess is that when the voters have their chance, they will not be kind to Emperor Siddonso

Emperor Siddonso (who, I am sure, personally believes he is a great Caesar) has, just as Emperor Nero did, fiddled while the Borough of Scarborough has burned for the last 2 years.

However, the bell of the electoral fire engine is now ringing loud and clear, and I suspect that no matter what Emperor Siddonso now offers residents in the way of bribes for their votes, he and his merry men and women will soon be proverbial TOAST.