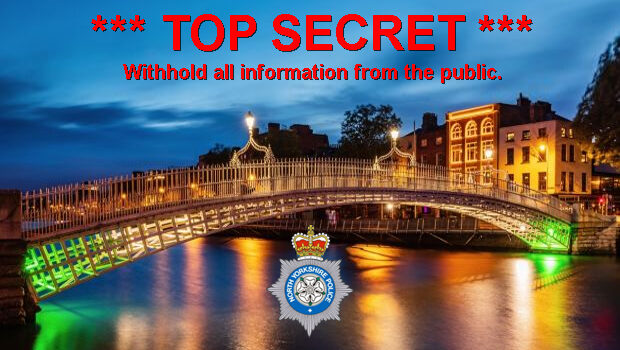 Chief Officers’ expenses are now required to be published, to ensure openness and to facilitate public and media scrutiny.

In accordance with this policy, this article is part of a series of articles on Chief Police Officers expenses and the various financial issues that have caused public concern in North Yorkshire Police (NYP) since 2006. They are in the public interest, being intended to improve financial control and accountability over the use of Police funds.

They lead up to an article that will try to assess the total cost to the North Yorkshire Taxpayer of these issues since that date.

DCC Madgwick was appointed as Acting Chief Constable from the 3rd of May 2016 until the 25th of July 2016 when Chief Constable Dave Jones was seconded to South Yorkshire Police. He retired from NYP in February 2017. He is referred to throughout this article by his substantive rank of Deputy Chief Constable (DCC).

Review of DCC Madgwick’s expenses published on the Force website revealed a foreign trip to Dublin on the 25th of May 2016, while he was Acting Chief Constable. There is no explanation of what this trip was for.

This in itself is a major and inexcusable failure of financial control.

So the justification for the Dublin expenditure remains deliberately shrouded in mystery.

Remember, this is a public body refusing to reveal how it has spent public money.

This begs the question if this expenditure is bona fide, why is North Yorkshire Police and those persons charged with holding the Force to account, refusing to comply with stated Force Policy and disclosing what this expenditure was for?

How taxpayer’s money is involved?

One day of DCC Madgwick’s time, may have been lost to NYP at a value of, sa,y £400 if he was not working on NYP business. However, please note that this is an estimate, intended for illustrative purposes only.

The wider issue raised in this article is the requirement for the Police to be open and accountable for the use of public funds.

In the absence of any explanation from North Yorkshire Police and the PFCCs, despite having been given multiple opportunities to respond openly on this issue, I do not feel it is unreasonable to offer some possible explanations for this expenditure:

“Special Olympics GB is the largest provider of year-round, all ability, sports programme in Great Britain and supports over 7,000 athletes with intellectual disabilities on a continued basis.”

This is commendable and I admire DCC Madgwick’s commitment to disabled athletes. I have described it as a “private hobby” (being an activity done regularly for one’s own enjoyment typically during one’s leisure time) to differentiate it from his professional occupation as a Chief Police Officer. DCC Madgwick was not on secondment to SOGB from NYP. He was a Board member from at least April 2007. It is unclear when he stopped being an SOGB Board member. His work for SOGB is a private activity. Yet he charged his travel expenses for SOGB activity to Police funds for at least some of this period. So it is possible DCC Madgwick may have been visiting Dublin in connection with his SOGB activity.

The NYE first raised this issue in 2012 and has raised it several times since. However, the NYE has been unable to obtain any explanation of the justification for charging DCC Madgwick’s SOGB “private hobby” expenditure or the visit to Dublin to Police funds. 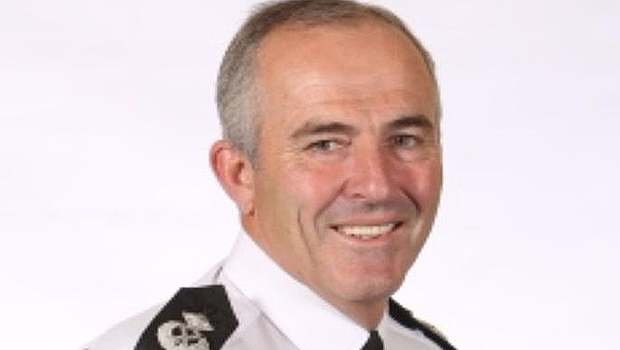 I freely concede there may be a reasonable explanation for DCC Madgwick’s day trip to Dublin. But if this is so and it is all bona fide and above board, why will North Yorkshire Police not just say what it is?

The secrecy over all of this expenditure is clearly unacceptable, in any public body that is supposed to be accountable to the public for its expenditure. It serves only to cause suspicion and bring the reputation of North Yorkshire Police into disrepute.

The NYE’s readership has an absolute right to know what this expenditure was for and that payment of expenses by NYP is subject to effective financial control. Journalists have a duty to investigate this on their behalf and find out.

Hence the reason I am continuing to raise these matters in this series of articles.

Chief Constable Winward and Commissioner Newberry were provided with a draft of this article and asked to forward it to DCC Madgwick (Retired). They were all offered the opportunity of commenting on the article for publication. No response was received from any of them by the time the article was sent for publication.