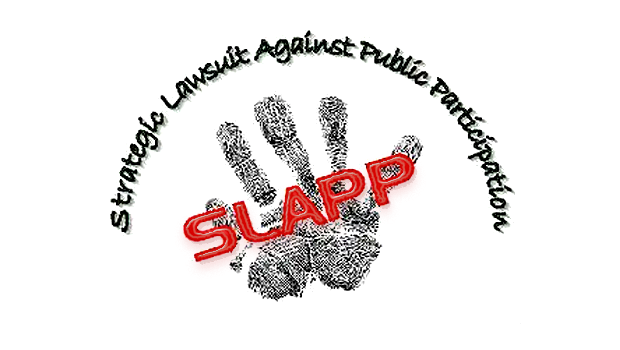 The Ministry of Justice (MoJ) is investigating the increasing use of a form of litigation known collectively as SLAPPs – Strategic Lawsuits Against Public Participation – against journalists.

The term SLAPP is used to describe abusive legal actions taken with the intention or effect of stifling debate on matters of public interest.

In a related development, the Solicitors Regulation Authority (SRA) has issued ethical recommendations which categorise SLAPPs as ‘pursuing litigation for improper purposes’.

The article in the May issue of the NUJ Magazine “NUJ Branch” describes how SLAPPs are a threat to free speech in the UK. It asked for any NUJ member who had been subject to one to submit evidence on it to the Ministry of Justice. 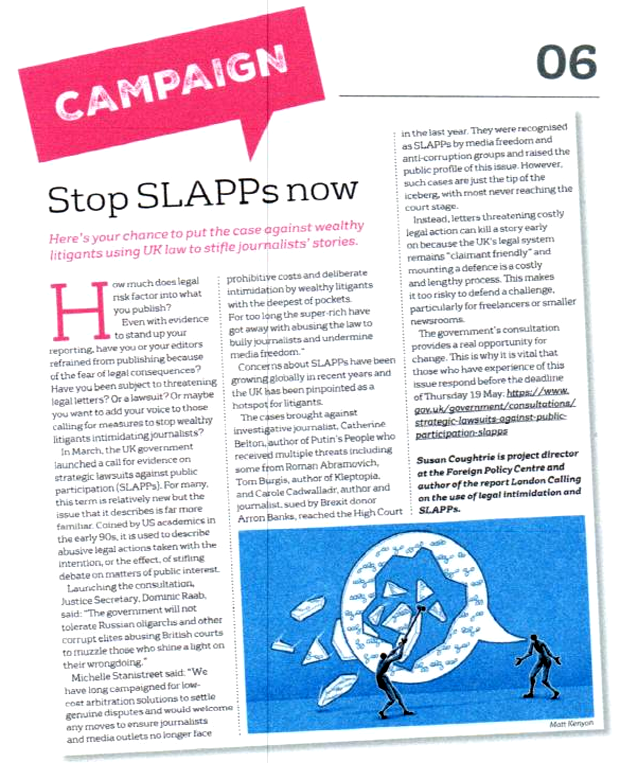 NYE journalists have been subjected to SLAPPs by Scarborough Borough Council and twice by North Yorkshire Police (NYP). All three processes were abusive and without any substance. But because the litigants were backed up by unlimited public funds – essentially making them super-rich individuals in legal terms – we were unable to fully defend the actions in court. Had we done so, we would probably have won, but been bankrupted in the process.

In accordance with the NUJ request, I submitted evidence on the NYP and SBC SLAPPs and on the 19th of May I notified SBC and Chief Constable Winward of this by sending them a draft of an article NYE Submits Evidence to Ministry of Justice.

This seems to have had an impact, because four days later I received a letter purporting to be written on behalf of Chief Constable Winward. It was apparently from Ms Xanthe Tait who is a very senior lawyer, who was previously the Chief Crown Prosecutor for North Yorkshire. She now leads Evolve Legal Services, which provides legal support for NYP.

The letter notified me that NYP would not respond to any of my correspondence.

This essentially proscribes me as a journalist, so far as NYP is concerned. A classic example of Lawfare to supress legitimate journalistic scrutiny and reporting.

The letter is completely unsatisfactory for what is supposed to be professional organisation acting on behalf of a public body:

Given the above issues with the letter, I was shocked that a lawyer would put his or her name to it, on behalf of a public body. Had Ms Tait worked for a firm of accountants, she would have been severely reprimanded for issuing it.

Chief Constable Winward’s policy of proscribing journalists has significant implications for policing, accountability and freedom of the press.

Ms Tait’s letter came out of the blue, with no warning or preamble. Given the timing, I can only conclude that Chief Constable Winward has extended the proscription indefinitely in response to me submitting evidence to the Ministry of Justice, which was critical of her and her force. It cannot be right for the police to take action against a journalist, for submitting evidence to the Ministry of Justice.

The North Yorks Enquirer is now one of the largest local media outlets in North Yorkshire. We regularly disseminate information on behalf of North Yorkshire Police and pass on any information that comes in to us. I have received a letter of commendation from North Yorkshire Police CID for assistance I provided to the Claudia Lawrence investigation. The Chief Constable’s decision to proscribe the NYE because it has criticised her, inhibits the ability of NYP to maintain public safety by obtaining access to the public through the full range of modern media.

Chief Constable Gareth Morgan who was formerly the National Police Chiefs Council Lead for Media Relations expressed concerns over this type of approach:

“The media also play a vital role in holding the police service to account and in connecting us with the public – this includes highlighting when things may have gone wrong or where policing is under legitimate scrutiny. The relationship should also therefore be challenging and we need to recognise the role the media discharge on behalf of the public in ensuring that we are accountable. The responsibility to be open, transparent and accountable is part of the Code of Ethics and sits with everybody in policing.

I am aware of no other Chief Constable who pursues a similar policy. It is particularly concerning that this is part of an ongoing course of conduct.

For some time the NYE has been raising the following issues about the potential misuse of public funds:

Obviously it is much easier for the Chief Constable to proscribe the NYE, than respond openly to resolve the above issues. She obviously resents journalistic scrutiny, but if public funds have not been abused, why can’t she just respond openly to the above questions? Her failure to respond openly serves only to cause the enquiries of which she complains.

Returning to the Ministry of Justice investigation, The comments of the NUJ’s General Secretary Michelle Stanistreet are highly relevant to Chief Constable Winward:

“The NUJ warmly welcomes the commitment by the government to tackle the scourge that is the deployment of SLAPPs and other forms of lawfare cynically designed to stymie journalistic investigations and reporting…..”

Let’s hope the proposed reforms will help prevent public bodies from engaging in this type of conduct in future.

Chief Constable Winward and Ms Tait were provided with an initial draft of this article and given the opportunity to comment.