Her Majesty’s Inspectorate of Constabulary and Fire & Rescue Services (HMICFRS) has reviewed North Yorkshire Police’s child protection services and determined that the standard of its child protection is “poor”.

The report can be read here: https://www.justiceinspectorates.gov.uk/hmicfrs/news/news-feed/north-yorkshire-police-needs-to-improve-child-protection/

I have read the report and it covers a lot of ground. Some of its comments are very positive. Although I do not agree with all of its conclusions, it is a good, well-reasoned, factual report.

The key statistic is that out of a sample of 73 cases involving vulnerable children that HMICFRS reviewed, only 13 cases (18%) were properly handled. A sample is taken to draw conclusions on a wider population. Assuming that HMICFRS took a 5% sample, this means that the population of safeguarding cases was 1,460 – of which 1,197 (82%) were not properly dealt with.

So what are the reasons behind this disaster?

Failure of Force Intelligence at all points of the intelligence cycle.

Historically, North Yorkshire Police has demonstrated failure after failure to collect, process, analyse and disseminate intelligence. Many of these failures were revealed by the NYE.

A classic example was the Operation Spade fiasco. The Toronto Police Service wound up an international paedophile network with members in North Yorkshire in an operation that was code named Operation Spade. It led to nearly 350 people being arrested internationally, including six law enforcement officials, nine religious leaders, forty school teachers, three foster parents, thirty-two children volunteers and nine doctors and nurses. One US Government Official committed suicide after he was arrested and three hundred and eighty-six children were rescued from abusers. This was described as a highly successful operation internationally. Everywhere, that is, except North Yorkshire, where the Force Intelligence Bureau did not bother recording or acting on any of the information it received from the Toronto Police.

The Intelligence Cycle is the process of developing raw information into finished intelligence to use in decision making and action. 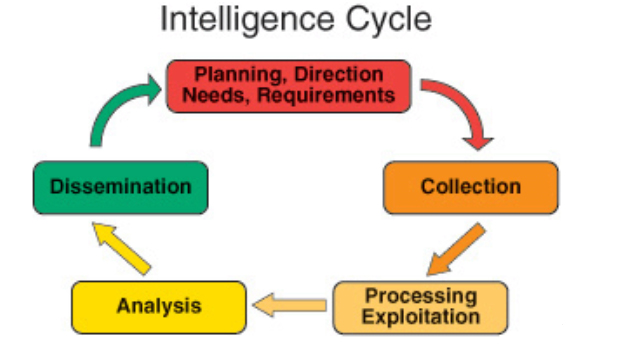 The conclusion is inescapable that North Yorkshire Police is still not capable of collecting, processing, analysing and disseminating intelligence on safeguarding. Nothing has changed since Project Spade, Peter Jaconelli and Jimmy Savile, because successive Chief Constables have categorised child protection as low priority.

Failure of leadership at Sergeant and Inspector level

The report states that:

During the investigation into the failure by Greater Manchester Police (GMP) to investigate and prosecute grooming gangs in Manchester, it was alleged that GMP allocated resources to “acquisitive crime” (burglaries, theft, robberies), away from safeguarding children. One of the officers allegedly involved in this decision was North Yorkshire’s former Chief Constable Dave Jones.

NYP used to have a Protecting Vulnerable Persons Unit (PVPU) but this was disbanded. The detectives and supervisors in it were specialists that wanted to do that type of work, received specialist training to perform it and could obtain support from more experienced colleagues within the unit. Removing specialist Officers and allocating them to local CID teams, has obviously led to a dilution in the quality of child protection investigations and the allocation of more resources to ongoing CID work.

It appears to me that the PVPU was disbanded because North Yorkshire Police pursued a similar policy to GMP of focussing on “acquisitive crime”. This is borne out by this damning comment from the report:

In my view, disbanding the PVPU was a strategic blunder that has led in large part to the current situation.

It appears that senior officers are not able to accurately review the quality of safeguarding in NYP. According to the report:

“The force also needs to improve the way it measures how well staff perform. Although it has reviewed various aspects of its work involving children, it doesn’t do this routinely. As such, it doesn’t know how effective its interventions are. This makes it difficult for senior leaders to assess how good decision-making is, and to be sure officers and staff are always making the best decisions for vulnerable children.”

“There was also very little evidence of cases being supervised, or of meaningful involvement from first and second line managers.”

In short, Chief Officers are not ensuring and exercising adequate supervision over their subordinates and this is probably why there have been the above failures of supervision at Sergeant and Inspector level.

The failure to provide staff with adequate training in how to conduct child abuse investigations is a very serious failure of NYP’s senior management. In this context, I cannot help but point out that while Chief Constable Winward was using the training budget to finance her trips to exotic European cities under the guise of training with her FBI chums; frontline Officers were not being provided with adequate training to safeguard children.

The report reveals that NYP Chief Officers were already aware from their own internal reviews of safeguarding cases that the standard was inadequate. Clearly these failures should have been addressed long before the HMICFRS review and they weren’t. A complete failure of Chief Police Officer leadership.

This statement from the report is the incisive:

Failure by Police, Fire & Crime Commissioner Metcalfe to hold the Chief Constable to account for the failure of her Force to protect children.

Understandably, this report caused concern to the Police, Fire & Crime Commissioner for North Yorkshire, Zoë Metcalfe, who very properly called in the Chief Officer Team for a public accountability meeting on this issue.

Commissioner Metcalfe’s statement on the report and a video of the accountability meeting can be accessed here: https://www.northyorkshire-pfcc.gov.uk/news/ncpipam8april2022/

I have a number of concerns about the content of the meeting as follows:

[That’s the price you have to pay for having asked difficult questions in the past Tim. Much easier to ban you than answer them. Editor]

As one would expect from the smooth, articulate, media-trained, PR professional Officer that gets to the top of the Police Service nowadays, all three Chief Officers gave an impressive performance. They were completely focussed on avoiding the issue of identifying responsibility for how NYP got into this mess in the first place and achieved this primary objective perfectly.

Commissioner Metcalfe has been recently appointed and bears no responsibility for this situation. However, during the meeting she did not enquire into responsibility for the catastrophic failures described in the report and failed to hold Chief Constable Winward to account for the abysmal state of child protection in NYP.

I think this issue should nevertheless be addressed, not swept under Force Headquarters.

Chief Constable Winward was appointed Deputy Chief Constable in early 2017 and then acting Chief Constable in April 2018. She participated in all of the key decisions that resulted in the current failure of child protection in her force and in my view must accept considerable personal responsibility for it.

Her predecessor, Commissioner Julia Mulligan (pictured in the lead illustration announcing the appointment of Winward as Chief Constable), also failed to hold the police to account and also bears some responsibility for this situation.

At 48.39 in the presentation, Chief Constable Winward asks for media organisations watching the meeting to share the reassurance that action was being taken with the public. This is obviously at odds with her policy of proscribing the NYE and her decision to withhold the presentation from the NYE.

Needless to say, there is no mention of the Force failing its inspection on the Force website. Nor is there any element of apology from the Chief Constable to those children she and her Officers have let down there, either. Classic examples of “good news only” information management and suppression of lawful criticism by the Chief Constable.

In a recent article, I wrote:

“It appears that the same issues of failure of management, low prioritisation of child abuse, refusal to work with the media, failure of intelligence and refusal to prosecute any investigation that could result in any form of criticism of NYP still prevail in NYP.”

I am open to correction, but the HMICFRS findings and the Force response to it appear to me to vindicate these sentiments.