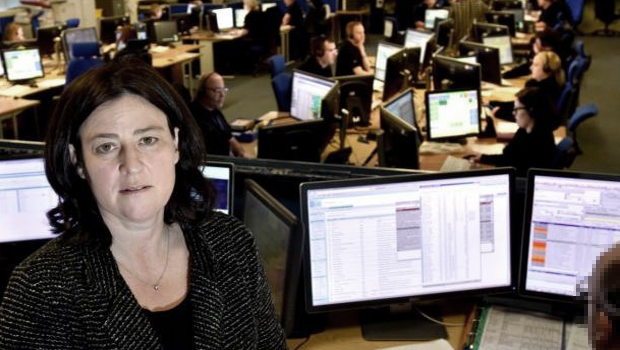 According to the article, the proposed increase is the maximum that can be imposed without the need for a referendum.

PFCC Mulligan’s justification for this is that North Yorkshire Police is facing “unavoidable cost increases” of £3.8m above government funding.

PFCC Mulligan’s proposal was accepted. Please see the announcement of this by PFCC Mulligan here.

I do not doubt that the NYP budget is under pressure.

However, it causes me some concern that this increase follows a 10% increase last year -far more than the inflation rate.

It also concerns me that the requested increase is the maximum allowed without a referendum. The implication being that:

It further, concerns me that NYP has an ongoing history of failures in financial control, financial mismanagement and profligate spending. A few examples:

“Taken with the one hundred thousand pounds spent by the Independent Police Complaints Commission, the amount of money this investigation has cost so far is over a quarter of a million pounds. In addition, this is not necessarily the end of the money spent as these figures do not include any money spent by the force itself. Had the Chief Constable admitted his guilt late last year, instead of at the very last minute, hundreds of thousands of pounds of taxpayers’ money could have been saved on legal costs. It is deeply regrettable that during challenging financial times, the actions of the county’s leading police officer should have cost the Police Authority so much. Whether it’s been the communities of North Yorkshire or police officers themselves, the people I’ve spoken to have been very clear. They have been shocked by this situation and I think they will be even more surprised by these costs.”

According to the Craven Herald article, North Yorkshire Police underspent its budget last year by £600,000. The implication of this is that either:

1) The arguments put forward for a 10% increase last year were bogus and in fact NYP did not need this level of funding.

2) NYP had projects that should have been funded last year but weren’t, because of a failure to manage the budget properly.

As an example of the impact of Point 2 above, North Yorkshire Police still uses some outdated technology, which does not retain evidence of misuse of police computers and intelligence by corrupt police officers and staff, gathering information on vulnerable persons who would make suitable targets for their offending. The 2018 Her Majesty’s Inspectorate of Constabulary and Fire & Rescue Services (HMICFRS) inspection of NYP (here) severely criticised NYP on this issue:

Although a project to address this has been agreed, “a date for implementation is not yet known”. It now transpires that North Yorkshire Police had £600,000 of budget available which could have been used to address this important issue. NYE article here. So NYP is still failing to meet the HMICFRS requirement, not because of a lack of funding, but because of financial mismanagement. 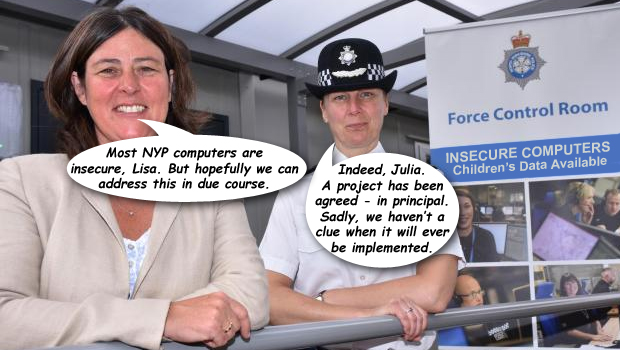 In my view it is very hard for PFCC Mulligan to go before the Police & Crime Panel demanding an increase in Council Tax precept, when NYP has this history of mismanaging its spending, which appears to be ongoing and unchecked.

The implication being that under the leadership of PFCC Mulligan, NYP is not competent to manage its budget, or the extra funds allocated to it by the projected Council Tax increase.

It further appears to me that NYP is an organisation that is in need of fundamental reform of its financial controls. An issue I have publicised for many years. However, sad to relate nothing has been done by PFCC Mulligan.

I have asked Mrs Mulligan for full biographical details of her experience and qualifications but she has refused to provide them. It appears she has a limited background in marketing and PR, but no experience in managing finance and budgets in large organisations. Hence perhaps her ineffective performance in this aspect of her duties.

Mrs Mulligan will leave office in May. She wanted to remain as PFCC, but failed to obtain automatic re-selection as the Conservative Party’s preferred candidate. She then declined to stand again as a candidate in her own right. In short, she has failed to retain the confidence of her party and has been sacked amidst allegations of bullying and poor performance.

I can only hope that her successor has a better range of experience and qualifications. So he or she can face up to the issues of failure of financial control and management that Mrs Mulligan has been so completely ineffective in managing.

Coming soon on this recurring theme