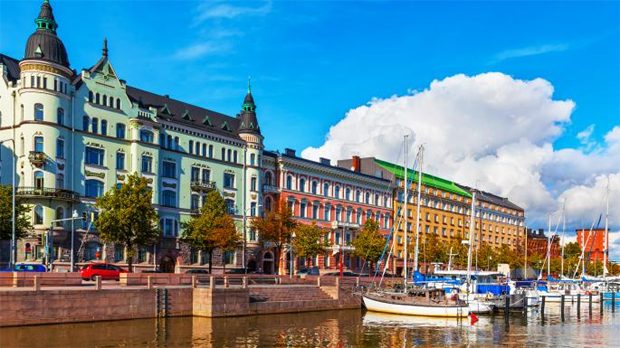 My review of the expenses revealed some cause for concern over Chief Constable Lisa Winward’s expenses, which are the subject of this article.

North Yorkshire Police: A force that historically has been mired in financial scandals

Successive Chief Officers from many forces have been the subject of severe criticism and misconduct allegations over expense payments for several years.

This issue was very thoroughly investigated by the Daily Mail in this article and another here.

“One senior officer was given an executive car fitted with blue lights and sirens, even though not trained to use it, because emergency vehicles received tax breaks.”

“Suzette Davenport, Gloucestershire Police chief, took 64 days’ holiday in a year, posting photos of her trips on social media as frontline staff were being told job losses were on the way”

According to the Daily Mail, experts commissioned by the College of Policing, a professional body for police in England and Wales issued a report which found:

‘It was clear in a number of cases that there were factors specific to particular chief officers that appeared to be relevant to their behaviour. [They had] individual weaknesses that were regarded as risk factors. Some [interviewees] suggested that arrogance is a corollary of decisiveness, which is considered a desirable and necessary attribute in chief officers.’

The NYE has found similar issues with Chief Officers from North Yorkshire Police, who appear determined to defy normal standards of conduct and do whatever they please at the taxpayers’ expense:

Although occasionally other Chief Officers from other forces have been criticised over expenses, (e.g. Chief Constable Sean Price of Cleveland Police, over a trip to Estonia), only North Yorkshire Police has had this sustained constant stream of scandals involving misuse of the public purse.

I have watched with great interest Chief Constable Winward’s meteoric rise from Superintendent at York in 2011 when I first met her, to Chief Constable. During this period of service she attended the FBI National Academy Leadership course at the FBI Academy in Quantico, Virginia. It is a prestigious course for potential high flyers. She was selected for attendance from many applicants in the UK.

However, when I reviewed Chief Constable Winward’s expenses, I was surprised to see that she has made expense claims for membership of the FBI National Academy Alumni FBINAA). According to the wikipedia definition:

She also charged the North Yorkshire taxpayer for attendance at an FBINAA Retraining Conference in the beautiful city of Helsinki. Here I quote the Helsinki Tourist Office:

“Sitting on the edge of the Baltic, the modern, cosmopolitan city of Helsinki is the World Design Capital. The beauty of the surrounding nature blends seamlessly with high-tech achievements and contemporary trends. Walking tours of the city centre show layers of history, while modern architecture and cutting-edge style stake the city’s claim to the future. Choose Helsinki during its endless summer days or get adventurous on crisp, snowy winter nights.”

I have been an accountant since 1980 and in the course of my career I have reviewed thousands of expense claims, including those from senior management in many sectors of the economy. I have never, ever seen or heard of anyone submitting an expenses claim for membership of an Alumni club or travel to an Alumni event. This is because these activities are personal and would not normally be put through as an expense, in my experience.

Obviously this caused me concern, because it appears to me to be potentially a misuse of public finds:

Costs of Conference in Helsinki

*1 – Chief Constable Winward has not released any information on the Alumni conference, so this is based on the timings in her expense claim above. Making allowance that two days were on the weekend.

The Alumni Conference is an annual event, so there is a risk that the Chief Constable intends to charge this expenditure every year.

I wrote to Chief Constable Winward raising my concerns and asking her how she could justify this and if she would be paying the money back. Needless to say I received no response. In my opinion this indicates:

On the basis of the ascertainable facts, set out above – and subject to any explanation Chief Constable Winward may subsequently wish to provide – this appears to me to be an inappropriate use of public funds for the personal benefit of the Chief Constable.

If so, then this is also indicative of a failure of financial control and a culture of deference to Chief Officers within the NYP finance department, which did not oppose Chief Police Officers over misuse of public funds.

I have had, on a number of occasions in my career in finance, confrontations with senior management over excessive expense claims. The most famous of these was when I worked in the finance department at Halifax Bank of Scotland (HBoS), which is covered in this extract from an article about my case from the Sunday Times, by award winning financial journalist Ian Fraser.

My point is that a finance department must uphold standards of financial control. Even if it makes it unpopular, or brings it into conflict with senior management/Chief Police Officers. It appears that in North Yorkshire Police, this does not happen and that it is an ongoing and intractable problem.

The issue for the North Yorkshire Police & Crime Panel

Only the highest standards of financial control, openness and accountability are acceptable over public funds.

“Rejecting the Commissioner’s proposal was not a decision taken lightly by the panel and we understand the public’s need to have a more visible policing presence in York and North Yorkshire. But an increase of more than 10 per cent is simply too much to ask people to pay without further information about how aspects of local policing will be improved.”

The panel also expressed doubts about conclusions drawn by Mrs MULLIGAN from her recent public consultation, claiming that more detail was needed to arrive at a balanced conclusion.”

Application for extra funding rejected due to lack of detail

Mrs Gwen Swinburn recently made a complaint to the NYPCP about the conduct of the Police Fire & Crime Commissioner’s governance over finances. She is quoted in this Richmondshire Today article by Stuart Minting as having said:

“I first tried to look at the required transparency for her spending, all items over £500 are to be logged, as you do in North Yorkshire.”

“Except the commissioner hasn’t uploaded any since summer last year.”

“Then I see all the late reports to this committee, including the finance papers. It cannot be that with the budget papers of all things are late.”

I have to say that the conclusion is inescapable that there is substance behind her concerns.

The key question for the Police & Crime Panel is how it can agree to a massive increase in the community charge, when Police Fire & Crime Commissioner Mulligan cannot deliver basic financial controls over police expenditure.

Next year’s conference is in Sofia. Very nice too. Chin chin!