The NYE readership is both thinking and articulate, and well versed in current affairs. They will all be aware of the case of Commodore Nick Cooke-Priest OBE RN, who has been relieved of Command of HMS Queen Elizabeth, because he used an official car for private journeys (all three pictured above). Telegraph report by Dominic Nicholls here.

It is one of the offences that Chief Constable Stanley Parr was accused of, when he was dismissed as Chief Constable of Lancashire Police in 1977. In Chief Constable Parr’s case his use of the car was fraudulent. In Commodore Cooke-Priest’s case, there is no implication of fraud. Yet nevertheless he has been relieved of command.

The Royal Navy: Maintaining the highest possible standards of integrity

According to press comment, the decision to punish Commodore Cooke-Priest was taken by First Sea Lord Admiral Sir Philip Jones the highest ranking officer in the Royal Navy because: 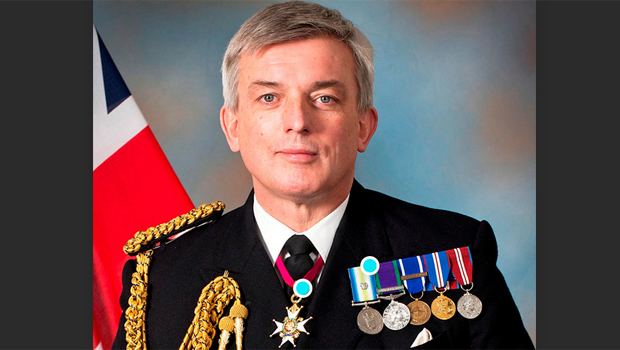 Upholding the highest standards of integrity and honesty in the Royal Navy.

If this is so, then it is clear that Admiral Sir Philip Jones felt his duty was to uphold the highest standards of integrity and honesty. Hence his decision to relieve Commodore Cooke-Priest.

Compare the standard set by the Royal Navy, to those set by another public body: North Yorkshire Police.

Chief Constable Winward has also been involved in financial controversy.

Their intention was to obtain costs, damages and an injunction to prevent us commenting on them. They didn’t get a penny in costs or damages, or the injunction, but left the good taxpayers of North Yorkshire with a huge legal bill. National press comment below:

Chief Constable Winward is currently the subject of controversy over aspects of her travel and personal development training expenditure. These are covered in the NYE articles below:

Briefly, at a time when North Yorkshire Police is enduring spending cuts, Chief Constable Winward has been attending meetings of her FBI Alumni in European cities each year on the basis that they are FBI training conferences, when they have limited training value which could probably be better provided by the College of Policing and the Police Staff College at Bramshill, but have a very impressive social and networking programme.

Chief Constable Winward is paid £142,000 a year and could easily afford to pay for her membership of her private alumni association and these visits to its events herself. She could also make a contribution to the costs, to reflect the private social and networking aspect of the conferences, which have nothing to do with training or her duties as Chief Constable. But of course prefers to leave the taxpayer with the full bill.

Chief Constable Winward has responded to my enquiries on this subject in the form of a freedom of information act response. The relevant extract is below. Please note the final paragraph implying I am being “vexatious”:

All expenditure whether it is work-related, or related to CPD or training is disclosed and published in the Chief Officer Team Expenses page on our website.

There are occasions when Chief Officers attend civic or awards related events when their partners or a guest are invited at the expense of the host.

There is no requirement for Chief Officers to repay their expenses as disclosed.

Financial Regulations require the Force to ensure public funds are used economically, efficiently and in accordance with the statutory and other authorities that govern their use.

As a publicly funded organisation NYP will always ensure that any expenditure as a result of individuals incurring hospitality, travel or accommodation costs or expenses whilst undertaking police business, on behalf of the organisation, is measured against ensuring that value for money (VFM) is attained with regards to costs paid by the organisation.

Chief Officer Team travel and accommodation bookings are made wherever possible via the North Yorkshire Police travel booking system and are subject to audit and reconciliation by the Finance department, however do not require pre-authorisation. There are exceptions to this if travel and accommodation are managed through event organisers and may therefore be booked directly, or if a cheaper cost can be provided by booking directly.

As a final point, I note that you have submitted several requests under the Freedom of Information Act, which have been in relation to the same or similar subject matter. The ICO guidance on dealing with vexatious requests is clear that the question to the public authority is whether the request is likely to cause a disproportionate or unjustified level or disruption, irritation or distress. The ICO guidance sets out a number of indicators which have been considered. Disproportionate or unjustified level of disruption is not always in relation to the actual data requested, but the persistence and frequency / overlapping of the same or similar nature of requests received. Therefore any further request about the same issue will be reviewed against Section 14 of the Act. Please note that this may not apply to any refinement that is submitted in relation to this request. However, any information requested on the same subject matter outside of this request may be subject to a Section 14 review.

Police, Fire & Crime Commissioner (PFCC) Julia Mulligan is responsible for holding the Chief Constable to account. Unfortunately, she is obviously not of the same calibre as Admiral Sir Philip Jones. Instead of facing up to the situation, issuing a public statement clearing the matter up, or prohibiting any further expenditure on FBI Alumni conferences, she is refusing to comment, or respond to correspondence on it. Open Letter to PFCC Mulligan dated 17 February 2019 (which remains unanswered) here.

I can only conclude that PFCC Mulligan is refusing to comment because she can’t justify the expenditure and is trying to evade facing up to the situation. If this is so, then she is currently evading the issue and failing in her duty to ensure that the good taxpayers of North Yorkshire get value for money from the training budget. In the meantime, Chief Constable Winward continues attending conferences in four star hotels across Europe at the taxpayers’ expense. 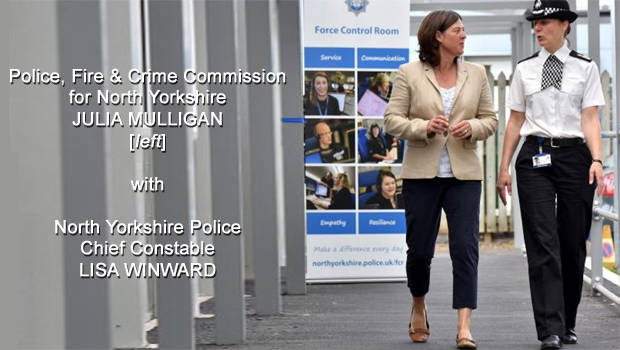 Standards of leadership and integrity in The Royal Navy and North Yorkshire Police compared. A personal view.

I respect Admiral Sir Philip Jones for his determination to maintain high standards and prevent misconduct by senior officers in the Royal Navy. That is commendable. His decision to severely punish a senior officer sends three very clear messages to the Royal Navy and to the public. The Royal Navy only accepts the highest standards of conduct and integrity from all ranks, it expects Senior Officers to set an appropriate example and if they do not, they are not above the law.

In my experience, if the workforce is aware that expenses are not rigidly controlled and scrutinised, this encourages ongoing incidents of abuse of expenses and company cars. Hence perhaps the disgraceful history of financial scandals by senior police officers outlined above.

Travelling by air at the taxpayer’s expense to attend private Alumni networking events in Europe that have limited training value and which could be provided in the UK, appears to me to be ethically indistinguishable from using an official car paid for by the taxpayer for private journeys.

The concepts of leadership by example and commitment to obtaining value for money upheld by the Royal Navy do not apparently impress PFCC Julia Mulligan, who will not comment. This silence speaks volumes about the standards of integrity, accountability and safeguarding of public funds she sets for North Yorkshire Police. It is a blatant, failure of leadership.

One cannot help but wonder how Admiral Jones would have handled Chief Constable Winward’s use of the North Yorkshire Police travel and training budget, had she been in the Royal Navy.