The Chief Constable of North Yorkshire Police (NYP) Lisa Winward is a graduate of the FBI National Academy (FBINA) in Quantico, Virginia, which she attended as a foreign student in 2011. This is a prestigious course to attend, places on it are highly competitive. She was selected for attendance from many applicants. It is clear that she did very well to obtain a place and to pass this course. Her attendance marked her out as a high flyer within NYP, probably leading to her accelerated promotion to Chief Constable and beyond.

Attendance at the FBINA also entitles her to be a member of the FBINA Association (FBINAA).

Each year the FBINAA runs an annual conference at a City in Europe. Usually one of cultural significance that is a popular tourist destination.

The NYE has been running a series of articles on Chief Officers expenses generally and Chief Constable Lisa Winward’s taxpayer-funded visits to her FBI NAA conferences at various locations in Europe:

In the Bulgarian article I stated:

“I don’t know where all the weekend conferences took place, how many past conferences the Chief Constable attended between 2011 and 2017 and cannot assess how much has been spent on them in total. The FBI’s security is pretty good, so I cannot trace anything on the internet either, although I was able to partially breach it and ascertain the details of the forthcoming 2019 conference.

On the basis that the cost to the North Yorkshire taxpayer of the Helsinki conference was 2,059.31, assuming the Chief Constable attended every conference since she attended the FBI National Academy in 2011, I estimate the costs already incurred between 2011 and 2018 to be roughly between £10,0000 and £15,000. Assuming Chief Constable Winward is in role for five years or more and attends each annual conference then the actual and projected cost until her retirement will probably be over £20,000.“

At the time, I could not obtain access to the Chief Officer’s expenses, because they were no longer available on the Chief Constable’s biographical page on the NYP website. However, I learned later they could still be accessed via the Finance page, although this is not immediately clear from the website, which describes the Chief Officers’ Expenses as “Financial information such as our budget, expenditures and finance regulations”, with no mention of Chief Officers’ expenses.

This reclassification and obscure reference initially defeated me and I erroneously concluded that the information on Chief Officers’ expenses had been removed. The implication being that all NYP Chief Officers were in breach of force policy and the College of Policing Code of Ethics. This was not the case and I apologise for that implication.

The FBI and the FBINAA

The FBI is a United States Federal Law enforcement organisation.

The FBINAA is a private organisation, which only makes its activities available to persons that are graduates of the FBI National Academy in Quantico Virginia.

Impacting communities by providing and promoting law enforcement leadership through training and networking.

Message from the Executive Director

The FBINAA is built on the foundation of knowledge, courage, and integrity.  We believe we have much to offer one another. Please consider the information contained in the Strategic Alliance Program as a basis from which to work to create a dynamic and interactive relationship between your organization, the FBI National Academy Associates, and its 17,000+ members, in its 48 chapters, world-wide.

In this FBINAA Video, the President of the FBINAA, Mr Joey Reynolds, confirms that the FBINAA is an alumni.

So what is at issue?

There is major issue in British Policing of a culture of entitlement and unaccountability amongst Chief Police Officers. This has been very thoroughly investigated by the Daily Mail in this article and another here from which a few quotes are relevant to this article:

[My highlighting in bold underlined]

NYP has a particularly disgraceful history of financial misconduct by senior Officers, which is covered in this article.

This is particularly true in respect of misuse of expenditure on training. Chief Constable Maxwell and Deputy Chief Constable Briggs – in addition to the other acts of misconduct they were both found guilty of – also received £100,000 of bogus tax free training allowances, which they could not account for or produce any evidence of them having spent it on training. In short, the good taxpayers of North Yorkshire forked out £100,000 to ensure that their Chief Officer Command Team was fully trained and in return, no training was apparently undertaken.

This was covered in Nigel Ward’s article from the 12th of April 2012 Maxwell’s Silver, my article from the 8th of June 2012 Chief Officer corruption in North Yorkshire Police and the national press (Daily Mail article from November 2013, here). Both Maxwell and Briggs were later asked to re-pay the allowances and refused.

The sacked and disgraced Chief Constable Maxwell attended taxpayer funded conferences and seminars in Amsterdam, Bahrain, Estonia and Copenhagen, and also charged a visit to the Edinburgh Military Tattoo to expenses. 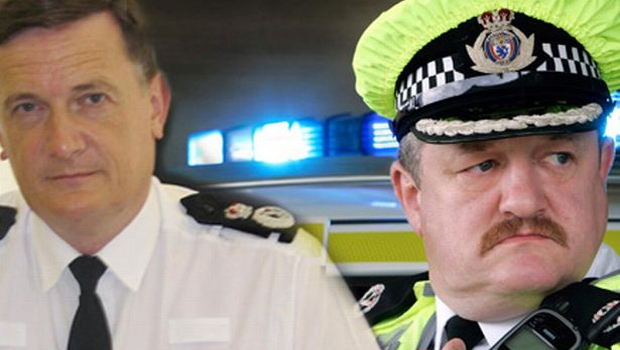 Refused to pay back £100,000 of bogus training allowances siphoned off from NYP funds.

It now transpires that Chief Constable Winward has been travelling abroad to attend FBINAA “retraining conferences”.

So is this bona fide training for Chief Constable Winward? Or is this a glorified private holiday to meet up with old friends at a swanky hotel, have dinner, do some shopping and sightseeing at a tourist location – at the taxpayers’ expense?

The validity of the training

The FBINAA has forty-four Chapters in the United States aligned to state boundaries and four international chapters. All the Chapters hold annual retraining conferences each year.

In these conferences, the US-based Chapters will be considering crimes committed against federal law which is universal across the United States, or state law which applies within that Chapter’s state. Both laws apply within the same legal system and federal or state jurisdiction.

However, the European Chapter that Chief Constable Winward belongs to is very different. It includes members selected from fifty-one different sovereign states, each with a very different legal system. So any training will not be relevant to the potentially fifty-one jurisdictions the members operate in, unless it focuses solely on international crime. Which has very little relevance to the role of Chief Constable of a County force mainly confronting rural crime.

I am not suggesting that there was no training undertaken at any of the conferences that Chief Constable Winward has attended. But I assert that, following the scandals of the bogus training allowances paid to NYP Chief Constable Maxwell and NYP Deputy Chief Constable Briggs, it is essential that NYP Chief Officer training and travel is properly controlled and openly described.

Is the North Yorkshire taxpayer getting value for money from these foreign conferences?

The key factors in assessing this are:

I am unable to respond to these questions because there is no information available on what training Chief Constable Winward undertook. She is refusing to reveal the training she underwent at the Helsinki Conference. 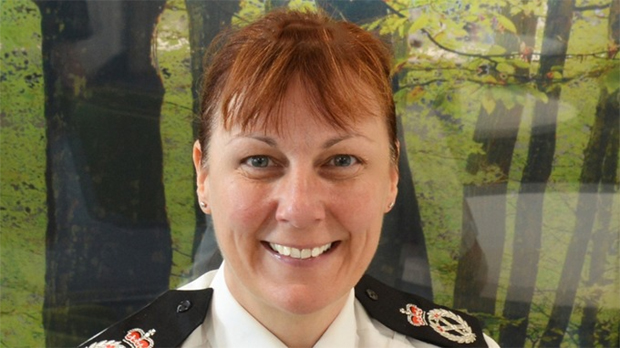 Failing to meet the College of Policing ethical requirements for openness and transparency.

However, the failure to issue any official communication or justification of these weekend conferences is deeply concerning. At a time when we were told that NYP was in a financial crisis, had to reduce numbers and put the council tax precept up to maintain the current level of policing, the Chief Constable was enjoying tax payer funded foreign travel. Could this be why Chief Constable Winward’s annual Alumni conferences were undertaken in conditions of perfect secrecy?

If so, it is a contravention of the College of Policing code of ethics (here) which all police officers are required to abide by, and which requires policing to be open and transparent:

You are open and transparent in your actions and decisions. 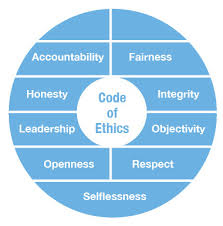 I can only hope that Chief Constable Winward or PFCC Mulligan will respond with a justification and full response in due course. Should this happen, I will do everything in my power to ensure it is published in full. In the meantime, they both appear to be maintaining their right to silence.

I will let our readers draw their own conclusions from this.

In the meantime, some information on one of Chief Constable Winward’s destinations the historic city of Dresden, which is pictured above.

The beautiful city of Dresden.

In addition to Helsinki, Chief Constable Winward has also visited the beautiful city of Dresden, the ancient capital of Saxony. Here I quote from the Wikipedia entry:

“Dresden has a long history as the capital and royal residence for the Electors and Kings of Saxony, who for centuries furnished the city with cultural and artistic splendor, and was once by personal union the family seat of Polish monarchs. The city was known as the Jewel Box, because of its baroque and rococo city centre.

After the war restoration work has helped to reconstruct parts of the historic inner city, including the Katholische Hofkirche, the Zwinger and the famous Semper Oper.”

It must be a cause of concern that the Chief Constable belongs to an organisation that touts for sponsorship for a private police alumni club from big business. What British organisations sponsor the FBINAA and what do they want in return?

I have visited Dresden and it is a popular tourist destination, a beautiful city and a wonderful place to go sightseeing, shopping or visiting the art galleries. It is a very good choice for a delightful weekend away.