I have written a series of articles on the results of my analysis of Chief Police Officers expenses. Such is the scale of abuses I have uncovered, that what was originally intended to be one article or two articles, has now expanded into an ongoing series.

The entry for Chief Constable Jones on the NYP website (here) is as follows:

The Force website does not mention that there are all sorts of issues surrounding Chief Constable Jones’s period as Head of CID in Manchester and the GMP investigation into the Rotherham grooming scandal codenamed Operation Augusta. However, they have been covered elsewhere by journalists that are far more skilful and experienced than me, so I will go no further. 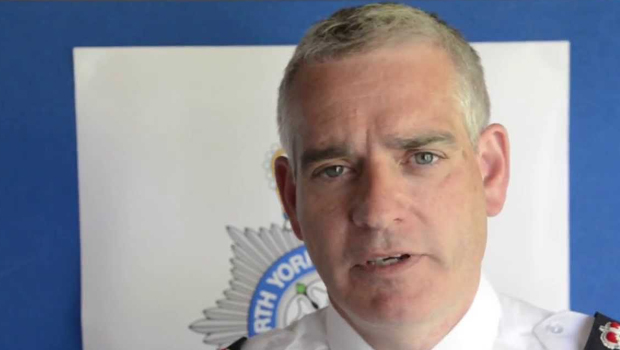 Predictably, the article on the Force website also doesn’t mention that Chief Constable Jones was the Chief Police Officer behind Operation Hyson which in real terms led NYP to a catastrophic defeat in the High Court at the hands of NYE journalists – Nigel Ward and myself.

Chief Constable Jones played no part in Operation Rome, which was abandoned before he became Chief Constable. But some discussion of it is necessary here to allow the reader to comprehend his role in its successor shambles, which was codenamed Operation Hyson. Operation Rome was a criminal investigation into a complaint of harassment made by a City of York Council (CYC) Social Worker and three family members, over a property dispute in which the three family members had tried to sell an old-aged pensioner’s (OAP) home from under her, while she was ill abroad and pocket the proceeds. In my belief, a blatant act of elder abuse, an offence of fraud within the meaning of the Fraud Act 2006 and contrary to NYP and CYC joint safeguarding policy on aged abuse. CYC and NYP refused to intervene to safeguard the OAP. I believe that this was because at the time NYP followed a force policy of not intervening in financial abuse of vulnerable persons involving family members.

Be that as it may, I took up the OAP’s case with the intention of ensuring she could return to the UK and have the peaceful occupation of her own home for the rest of her days. This led to severe criticism of the role played by the CYC and NYP in Parliament and in the NYE’s predecessor, the Real Whitby Internet News Magazine.

There was never any realistic prospect of Operation Rome resulting in a prosecution and after due consideration, the Crown Prosecution Service (CPS) refused to proceed with the charge.

Following the failure of Operation Rome, Chief Constable Jones initiated a civil prosecution for harassment against the OAPs son and carer, and journalists Nigel Ward and I in the High Court, which was codenamed Operation Hyson. The plaintiffs in this action were the four original complainants from Operation Rome and additionally, Deputy Chief Constable Madgwick, County Councillor Jane Kenyon, Chief Constable Dave Jones, Detective Chief Inspector Heather Pearson (Retired) and the present Chief Constable, Lisa Winward. Their objective was to obtain:

Not so happily, the North Yorkshire taxpayer was left with a huge legal bill for no material beneficial outcome to the taxpayer. Summary in the Private Eye article below.

Chief Constable Jones’ role in Operation Hyson causes me some concern for the following reasons:

So I cannot understand why Chief Constable Jones – who earned £177,000 in salary benefits and allowances in 2014 – should charge this paltry sum to Police funds.

Chief Constable Jones was previously an Assistant Chief Constable in the Police Service of Northern Ireland (PSNI) before he was appointed to the top job in North Yorkshire in June 2013.

I was therefore surprised to see the costs of a weekend in Belfast being charged to the North Yorkshire taxpayer in September 2014. A few innocent explanations for this expenditure occurred to me:

Again, I am stumped as to why he should go to Belfast.

I wrote to Chief Constable Winward to ask her for an explanation of this expenditure. She responded promptly and courteously that my request had been treated as a Freedom Of Information request and forwarded to the Civil Disclosure Team. Inevitably, the FOI request came back: “I am not obliged to provide you with a response to your request”. Why she couldn’t respond with a simple explanation is beyond me.

This response illustrates a wider issue with NYP spending.

Open Policing and Accountability the Allott and Winward way

The series of articles run by the NYE on Chief Officer’s expenses (below) are about upholding the principles of openness, financial control, transparency and accountability over taxpayers funding.

It should be emphasised that there could be an innocent explanation for all of the expenditure covered in the expenses articles and I have always given the opportunity for NYP to clarify what it is for. However, it has never responded openly with an explanation. The FOI response above is typical and says it all.

Why can’t the people of North Yorkshire have information on how their money has been spent? If there is a rational explanation, why will NYP not state what it is?

Chief Constable Winward and Police, Fire & Crime Commissioner Allott were provided with a draft copy of this article and asked for a comment. I also asked them to forward a copy to Chief Constable Jones (Retired). To date, I have had no response from them.

The case for repayment

Quoted in this BBC article, Chief Constable Jones was scathing about unjustifiable expenses payments made to his predecesors Chief Constable Maxwell and Deputy Chief Constable Briggs. He emphasised the need for accountability over expenses by Chief Officers and the importance of openness in policing:

“We have decided to take a series of actions, including seeking repayment of almost £100,000, to resolve this issue once and for all. It will be the first time North Yorkshire Police will have published a report of this nature, and is in stark contrast to the old way of doing business and keeping reports like these under lock and key.”

Contrast the way Chief Constable Jones criticised his predecessors, with the way he has responded to concerns over his own expenses.

Needless to say, I received no response.

Under these circumstances, in the absence of any credible response from Chief Constable Winward, or Police, Fire and Crime Commissioner (PFCC) Philip Allott, Chief Finance Officer Clements or Chief Finance Officer Porter, all I can do is raise my concerns in the NYE and let the public come to their own conclusions.

Following on from all the financial scandals that have plagued NYP for many years (listed here and here), their failure to respond to my concerns simply raises suspicion and mistrust amongst the NYE’s readership. Most of whom are North Yorkshire taxpayers, who have a right to know how their money is spent and to be assured that the expenditure is appropriate, and they are receiving ‘value for money’.

The refusal of PFCC Allott and Chief Constable Winward to comment is contrary to the requirement for open policing and to the public interest. This is why it is so important that in the absence of any comment or action by PFCC Allott, the Police are held to account by a free press.

The NYE will continue to investigate Chief Officers’ expenses and publicise this issue to the people of North Yorkshire.

The other articles in the Chief Officers’ expenses series