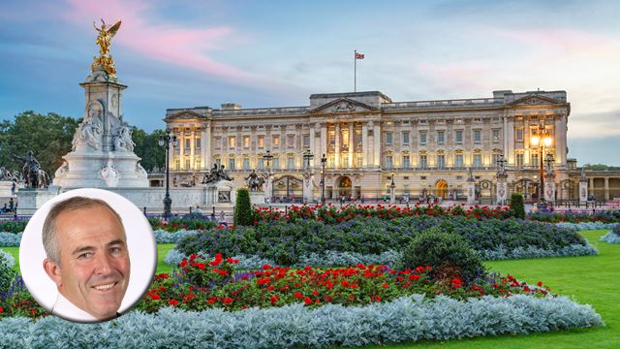 Following on from my series of articles on Chief Police Officers taxpayer funded trips to exciting tourist destinations all over Europe. This article examines former Deputy Chief Constable Tim Madgwick’s expense funded trip to a garden party at Buckingham Palace.

Chief Constable Dave Jones was appointed to replace Maxwell on the 3rd of June 2013 and DCC Madgwick returned to his duties as Deputy Chief Constable. 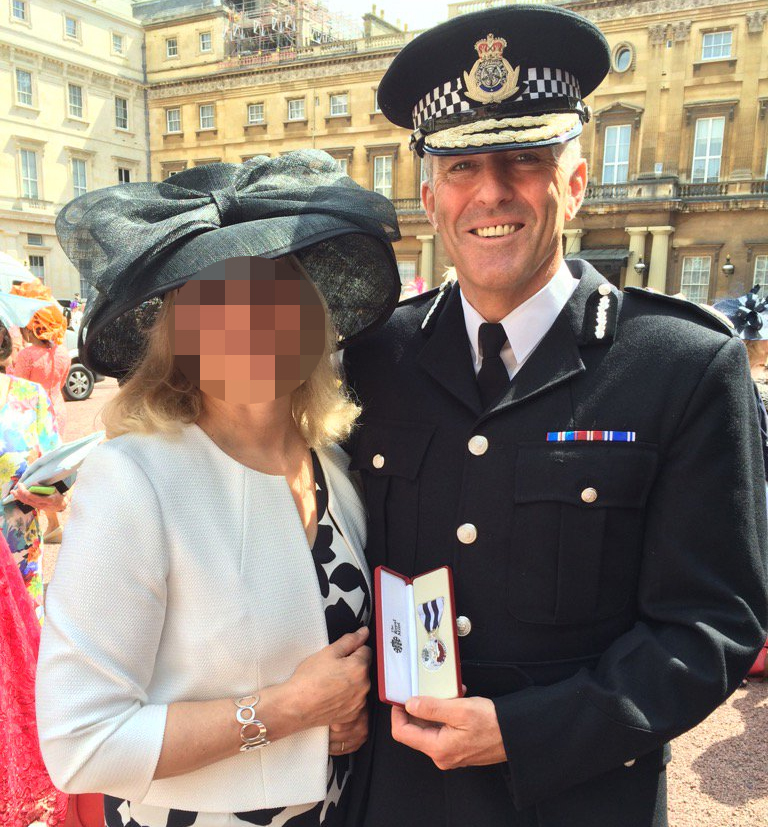 DCC Madgwick (right) at Buckingham Palace, having received the QPM in 2015.

DCC Madgwick’s biography can be read here. He was appointed as a Chief Police Officer in March 2010 and retired in February 2017. He features in this article on the basis of his use of police funds, to attend a Garden Party at Buckingham Palace and stay over the night in London in a hotel in July 2011, at a time when we were all told that NYP was under enormous financial pressure.

What is wrong with attending a garden party at Buckingham Palace?

Here I hasten to add that I am not a revolutionary republican. I have no objection to public funds being used to pay for DCC Madgwick to attend an investiture at Buckingham Palace to receive his ward of the Queen’s Police Medal, because it is an official duty relating to his service as a Chief Police Officer in North Yorkshire Police.

However, a Garden Party is not the same thing. To quote from the official Royal Family Website:

“Over the course of each year, The Queen welcomes over 30,000 guests to spend a relaxed summer afternoon in the beautiful gardens of Buckingham Palace or the Palace of Holyrood House. At each Garden Party, around 27,000 cups of tea, 20,000 sandwiches and 20,000 slices of cake are consumed! Garden Parties are an important way for The Queen to speak to a broad range of people from all walks of life, all of whom have made a positive impact in their community.

Historically, Garden Parties took the place of presentation parties attended by debutantes, and have evolved into a way of recognising and rewarding public service. Throughout the country, a long established network of sponsors is used to invite guests, who include Lord-Lieutenants, Societies and Associations, Government Departments, Local Government, the Services, the Church and other Faiths. They nominate guests for invitation and we hope in this way to achieve a representative cross section of the community.

On the day of the Garden Party, the Palace gates are open from around 3pm. The Party officially begins when The Queen and The Duke of Edinburgh, accompanied by other Members of the Royal Family, enter the garden at 4pm, when the National Anthem is played by one of the two military bands present.

While the bands continue to play a selection of music, The Queen and The Duke of Edinburgh circulate among the guests through ‘lanes’. Each takes a different route and random presentations are made so that everyone has an equal chance of speaking to Her Majesty and other Members of the Royal Family. The Queen then arrives at the Royal Tea Tent, where she meets further guests. Guests are free to eat, drink and stroll around the beautiful Palace gardens.”

I have no objection to anyone attending a garden party at Buckingham Palace. I hope that DCC Madgwick had a lovely time hobnobbing with the great and the good, eating cucumber sandwiches and viewing the gardens.

However, the garden party is essentially a social occasion originating with the presentation of debutantes at court. It has nothing to do with operational police duties or official awards. So, in my view, it should not have been paid for with police funds. Scrutiny of DCC Madgwick’s expenses relating to this event reveals the following:

Obviously there is an argument that DCC Madgwick was being rewarded for his service, or was representing the force at a civic event, which means it is an official duty. If you accept that, then it justifies the rail fare.

However, the garden party finishes at 6.00 p.m. giving plenty of time to get in a taxi to King’s Cross and be back home at ************* (location of DCC Madgwick’s home withheld for privacy and security reasons) in reasonably good time, having had dinner on the train.

(This assumes of course that DCC Madgwick was still hungry after eating all those crustless cucumber sandwiches, chocolate cakes, ice creams, strawberry tartlets etc. etc., effortlessly prepared with skill and loving care by Her Majesty’s catering staff at Buckingham Palace.) 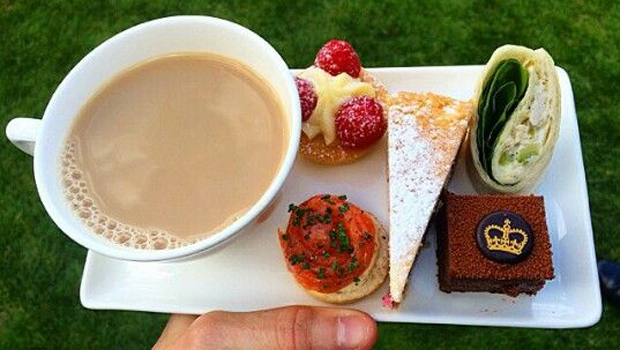 So whilst I am open to correction on this, it appears to me that booking a hotel in London at the end of an exhausting party from 3.00 p.m. to 6.00 p.m. was extravagant, excessive and an abuse of the public purse.

Ignoring the fact that an overnight stay in a hotel in London was probably unnecessary, further analysis gives rise to additional concerns:

This would give a grand total cost to the tax payer of attendance at the garden party of approximately between £710.00 – £1,064.

This all seems to me to be an abuse of the public purse in full or in part, at a time when the police service was facing financial cutbacks.

The Buckingham Palace expenses payment was made in 2011.

In my article The Amsterdam, Bahrain, Estonia, Copenhagen, Edinburgh, York Connections, I covered Chief Constable Maxwell’s expenses for a visit to the Edinburgh Tattoo in the same time period as DCC Madgwick’s Buckingham Palace visit occurred – neither of which should have been charged as expenses.

Former DCC Madgwick has refused to confirm if he also received these tax free development allowances.

Based on my experience as a Chartered Accountant, this would never have been allowed in a commercial organisation in the private sector. North Yorkshire Police has a Finance Department that is supposed to ensure financial control over expenses. Yet nobody seems to have questioned why these expenses have been charged.

It should be emphasised that it may be that there is a satisfactory explanation for this expenditure. It could be that going to the Edinburgh Tattoo and Buckingham Palace at the expense of the taxpayer is legitimate and properly authorised expenditure.

To try and ascertain if this was so, an initial draft of this article was provided to the Chief Constable, and PFCC Mulligan. I also requested that the draft was forwarded to DCC Madgwick so he had the opportunity to comment. In response:

Further, North Yorkshire Police is a public body. It has a duty to be transparent to the public  about its expenditure. It has refused to provide any explanation for, or justification of, this expenditure, although I have offered it the opportunity of doing so.

Clearly an unsatisfactory situation which indicates a culture of defensiveness by the Police Fire and Crime Commissioner and the NYP Finance Department that has rendered them ineffective in implementing financial control over Chief Police Officers. Hence, perhaps, the reason that, alone amongst the forty-three police forces in England and Wales, North Yorkshire Police has been plagued by financial scandal after financial scandal for many years.

Many of these scandals have been exposed by the NYE, which perfectly vindicates the need for the NYE to exist and why it is so important the public bodies are scrutinised by a free press.

Should the NYE receive clarification from PFCC Mulligan, DCC Madgwick or the Chief Constable, then I will of course publish it in full and issue a retraction and apology if appropriate.