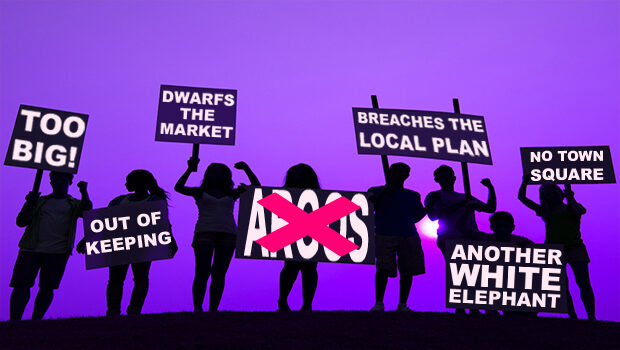 Surely, any elected member wittingly ignoring the sage counsel and impartial professional assessment of authoritative experts of the highest calibre risks standing in dereliction of duty? Alas, experience tells us that most elected members gravitate to their default setting – “the Officers know best”. Perhaps this time they will do their own homework.

Demolition of existing building and erection of building to provide commercial floor space (Class E) at ground floor and accommodation for NHS key workers and students at upper levels at 50-59 Newborough, Scarborough [20/02167/FL]

Please find enclosed a letter from the undersigned to be taken as an objection to the above planning application. It is our intention to send this letter to the Members of the Planning Committee in due course.

We seem to have failed in our previous attempt to persuade the Council to recast these student accommodation proposals in a more imaginative and creative way; and to make provision for a new public open space on the site – a Town Square -as proposed in The Council’s own Scarborough Renaissance Charter. This lamentable proposal, to replace one monstrous building with another, is ploughing on regardless of the hugely damaging effect it would have upon on this part of our historic town town.

Whilst a wealth of material has been submitted by the applicants in support of the scheme, it is just smoke and mirrors. Much is made of the damaging effect of the existing building and there is a heavy inference is that the replacement building will therefore improve the character and appearance of the Conservation Area. This is simply nonsense.

The new building itself must “preserve or enhance” the Conservation Area which surrounds it; and any assessment of its visual effect must be made by looking at the character and appearance of the surrounding buildings and the street scenes in which it will sit. It is simply not enough to say that because it’s better than what it replaces, it must be an improvement.

The Design and Access Statement refers to the new building being of a similar scale to the “existing brutalist building”. That’s the problem. It will replace one oversized monstrosity with another, only much larger. This significant increase in size and scale, and its resulting dominance, is demonstrated very clearly by the outline overlay on Page 8 of the Statement; the photographs with the building superimposed upon them on Page 21 of the same report; and the visual impression at 4.8. At a crucial point, at the junction of Newborough and Queen Street, the proposal will be about 20 metres high; almost 7 metres taller than the existing building!!. It is this massive scale which does so much to make the scheme unacceptable – it is simply too big for its surroundings – a product of a client brief which is trying to extract too much from the site by providing too much floor space. It is not good enough to take the bulk of the existing building as an acceptable starting point for its replacement. The new building must have the correct visual relationship with its neighbours and it simply does not.

Moreover the proposed elevations lack any of the modelling and detailing seen on the existing buildings nearby, many of them Listed as being of special architectural and historic interest. The attempted vertical subdivision of the elevations is totally false; effectively using widened expansion joints/rainwater channels. There is not even any change where the building increases from 4 to 5 floors. Despite the repetitive reveals to the many window openings, the elevations will appear very flat. The numerous lines of windows also serve to further emphasise the significant height and scale of all the main elevations. The sequence of dormers create an uncharacteristic and discordant feature at the eaves, weakening its effect. Together with the hipped roof, they also contribute to the failure of the proposal to successfully ‘turn the corner’ at Newborough/ Queen Street – an architectural objective which is given so much emphasis in the Design Statement.

In the hugely regrettable circumstances where the public commitment to the Town Square concept is officially abandoned, there would be no problem with the idea of a contemporary building, our objection is that the present design is visually and contextually crass. This cannot be altered without fundamental revision of the client brief; from one driven by financial calculations to one having proper regard for the planning considerations arising from the historic setting.

For the applicants to imply that the progression of the design from earlier, much larger schemes shows a design sensitivity to the site and it’s surroundings is just nonsense. They have succeeded in taking the scheme to a point where they can exploit the maximum development potential of the site. To suggest that this has taken place through a process of consultation, negotiation and “concession” to better design is just disingenuous. And, worse still, it would seem that Historic England and the Council Officers have also been taken in by this misrepresentation.

A Repeat of Past Mistakes

The construction of the existing concrete building at the heart of the Old Town was a serious mistake. This proposal is merely a repeat of that blunder; a totally unsuitable design for this part of a historic town. The belief that anything new and big must be progress, and must be supported, is a way of thinking which has plagued Scarborough in the past. Failure to reject this scheme will result in yet another poorly conceived, large and intrusive building to match the follies of The Olympia, The Balmoral Centre and Pavilion Square; all now looked upon with huge regret by all of us who love this place. We can only hope that the present Council will not be similarly remembered for approving such an oversized, visually-institutional and inappropriate building. It would be a betrayal of Scarborough and a betrayal of public trust.

Now is the moment for the Local Planning Authority to bring some sanity to the whole proceedings by following the terms of its Local Plan Policies and refusing to grant planning permission for this totally inappropriate proposal. The reasons for refusal, set out in our correspondence from 19th June, still apply. (For ease of reference, these are attached as an appendix to this letter)

In our experience we suggest there are very sound reasons for refusal of permission on the following grounds: 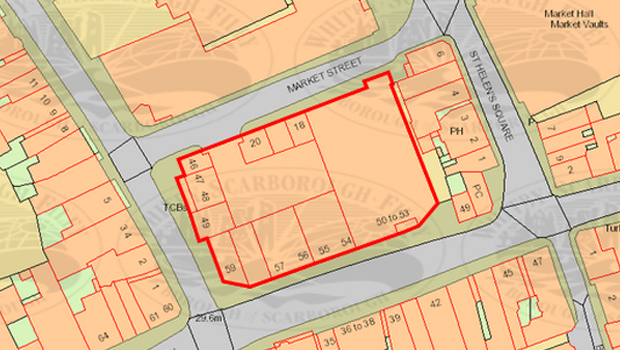 The Notorious “NOT FOR PUBLICATION” ‘Leaked’ ARGOS Report 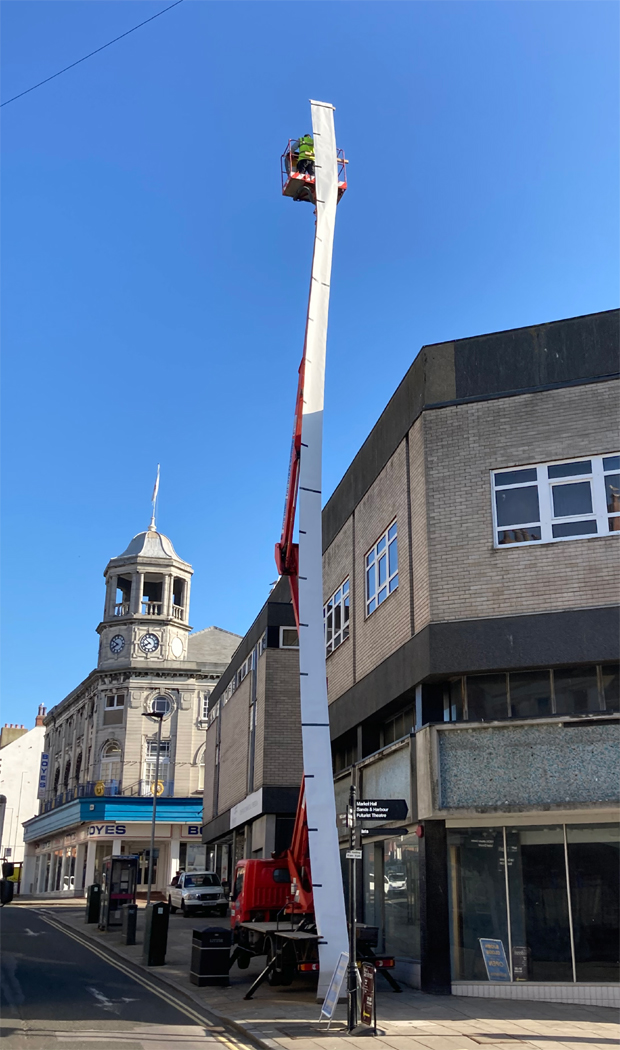 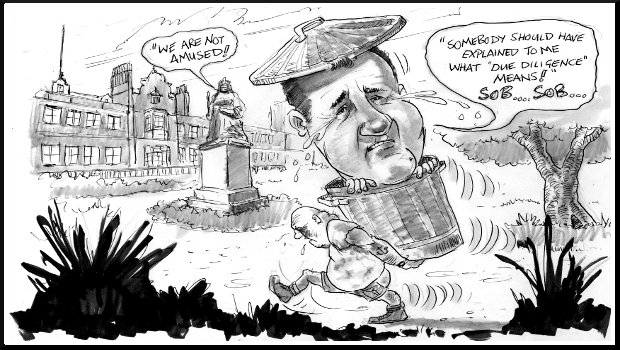 “The chief finance officer of a relevant authority shall make a report under this section if it appears to him that the expenditure of the authority incurred (including expenditure it proposes to incur) in a financial year is likely to exceed the resources (including sums borrowed) available to it to meet that expenditure.” 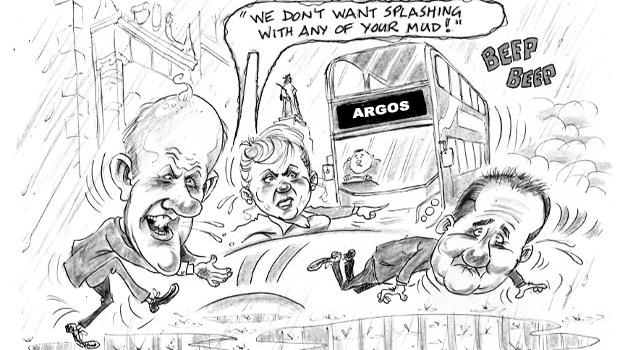