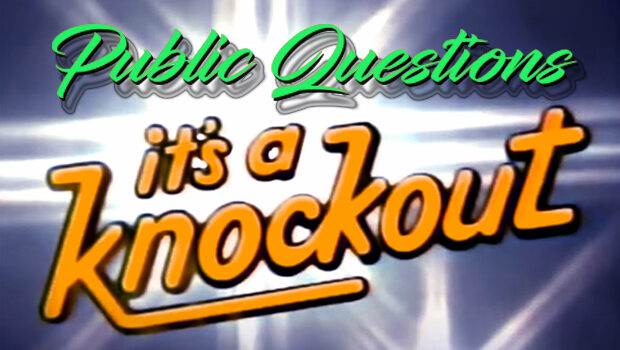 Today’s Letter to the Editor, in a rare exception to Enquirer policy in respect of the mandatory attribution of sources, is published anonymously at the special request of the author, a prominent Scarborough businessman of over half a century’s tenure, whose business relationship with Scarborough Borough Council, he feels, is such that it sets him up as a soft target for reprisals.

He refers to the SBC Leader’s fear of debate. (This post was almost entitled “Bottled It!”)

I have long been aware of your site but only read articles occasionally, through links shared by friends.

This happened yesterday with your Laurel and Hardy article. The delightful word “Pratfall” grabbed my attention.

As Mr Ward laughed, I did, too.

However, on reflection, I am actually ashamed that I laughed. A humorous comedy sketch highlighted a serious underlying problem. I read, then watched the video, with distant memories of Mr Corrigan’s grandfather and father, who I knew reasonably well in my younger days. They always said what they meant and they certainly knew their onions, especially onions near sea and sand – a trait I recognise in young James.

Mr Corrigan has certainly put his head above the parapet to question publicly, rather than most (myself included) grumbling quietly amongst friends. An action not lightly undertaken, but he did it.

A businessman who understands business has concerns about a business deal our Council is proposing, then ventures into an arena foreign to him, to engage – only to be treated with utter contempt. His question, I learn, was provided in advance and the answer given could only be summarised as “Mr Corrigan, thank you for your interest, now go forth and multiply”.

Reminiscent of the famous scene from ‘Oliver Twist’, Mr Corrigan asked for more. The follow-up question demonstrated exactly why our elected representatives should be listening. A skilled and professional politician, in his own ring, supported by his home crowd of followers and sycophants, threw in the towel at the first jab of debate – a professional thoroughly humiliated by an amateur.

As with boxing, so in politics; lightweights are never matched against heavyweights for good reason.

I gather from Mr Ward’s article that this isn’t the beginning of this story and I suspect it will not be the end. I am sure there will be a rematch, this time in front of Mr Corrigan’s home crowd.

It certainly is a fine mess that our leader got himself into.

A final point that I cannot understand: the constant calls for an open and transparent Council.

We have it in spades. Our Councillors are so transparent that we can all see right through them.