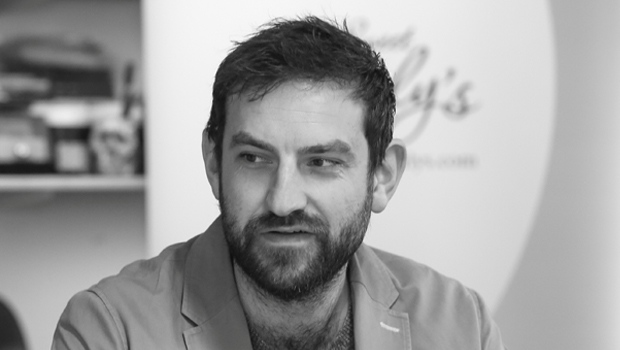 Today’s Guest Author is one of the brightest and most articulate young prospects to appear on the Scarborough & Whitby local politics scene in a very long tine – HUGO FEARNLEY, local business owner and Chair of the Whitby Branch Labour Party – who writes about trust and transparency and their absence at Scarborough Borough Council.

How government is failing the many and weakening society

Whilst I can’t say I agree with all of Gladstone’s  policies or statements, I think that in essence the quote above still rings true today.

Trust is a hugely valuable commodity which can only be sustained by reciprocal relationships, but appears to have been squandered by those organisations that rely on it the most. We are living in an age of unprecedented mistrust in our established institutions, with confidence in our press, the police, big business, banks and politicians at an all time low. For the purpose of this article I shall focus on the last group of people on that list, our elected government officials;  a group of people in this country who according to a recent study by the OECD now command the confidence of just 41% of the population ‘to do what’s right always or most of the time’. For comparison, in India that figure is 73% and in Switzerland it is as high as 80%.

Having campaigned in 3 elections this year (County Council, General Election and Borough Council by-election), I have had the valuable opportunity to talk to a great number of local people on their own doorsteps and on their own terms. As you might imagine, their concerns ranged from dismay at the lack of action to fix our crumbling piers, to frustration that the local housing market was not working for them. I spoke to people who had been ground down by the continued squeeze on their wages and to people with chronic long term health issues that felt hopeless after seeing their disability payments slashed. I chatted with bright young people who saw no opportunity to build a career and start a family in the place where they were born.

The list of concerns was long and varied, but when it came to possible solutions the answer on the doorstep was often the same; “We can’t trust the politicians to sort this out.”

And when it came to people’s perceptions of their local representatives in Scarborough Borough Council, the descriptions ranged from ‘self-serving’ to ‘incompetent’ to ‘corrupt’ to……..some other descriptions that are, quite frankly, not publishable.

Now I know a good number of the SBC Councillors personally and know that some are incredibly hard working and possess a real sense of fairness and civic duty. However, due to the cumulative long term actions of the Council, most recently under Conservative control, any faith in that particular institution is quickly ebbing away in the minds of the public. Moreover, as the recent NYE articles exposing interception of Councillors’ emails have shown, the problem is not only with the elected officials but also the unelected officers.

The monitoring and interception of Councillors emails by an unelected public servant represents a deeply troubling situation, with grave consequences for public trust on several levels.

Firstly, it denies the Councillors any opportunity to interpret  and evaluate the communication for themselves and therefore engage with the individual (presumably constituent), as they see fit. This action is effectively censoring what is being viewed and denies the Councillor a clear picture of the individual’s concerns. Regardless of the nature or content of the email, I would firmly support the notion that it should be the elected Councillor who, being in receipt of Council policies relating to standards of behaviour by complainants or customers, gets to decide whether it constitutes “unreasonably persistent’ or ‘unreasonable’ complaint behaviour”   as outlined in a statement by SBC. Once the Councillor can no longer be sure that they are in receipt of all email correspondence from their constituents, they might naturally lose trust in the accuracy and transparency of the system.

Let us now imagine that as a constituent, perhaps you have expressed anger about an issue, to the point where you’ve lost your rag and used language that falls into the Council officers’ definition of ‘unreasonable complaint behaviour’, thereby placing you on a communications blacklist. What happens now? Can you appeal? Can you be re-instated as a valid citizen? Or are you now in the democratic wilderness, permanently excluded from raising concerns with your elected representative, even if expressed in the most civil language available?

If I found myself in that situation I may not fully understand nor distinguish between who has censored my views, in my mind I have been ignored by the Council, excluded from an avenue of participatory democracy and therefore disenfranchised. Who among us wouldn’t feel aggrieved and ignored by the system in that scenario? It would be completely logical to view that institution with distrust from then on.

I should make it clear that threats and personal abuse should never be tolerated, in politics nor ordinary daily life. However the issue at question here is not, what is said, but who gets to decide who sees what is said.

‘Losing faith in political institutions is tantamount to losing social capital: the idea that citizens more or less agree on the rules of a society and why they matter.

If people think their elected officials aren’t playing by those same rules, they come up with ways to game the system. When this every-man-for-himself attitude prevails, the rules of society start to erode. And, as studies show, when citizens view their government as corrupt, they are more likely to cut corners, too’.

Conversely if Citizens trust in their Government, then it can have hugely beneficial effects on social cohesion and progress, as Jennifer Guay goes on to explain:

‘When people have confidence in their elected officials, they are more likely to invest in the economy, comply with laws and make sacrifices – like paying higher taxes – for the greater good. It also boosts social capital, and with it, compliance with social norms like vaccinating kids and respecting public property.’

So how can we start to rebuild this trust in our public institutions and by extension, repair the social contract? Well, Guay suggests several areas for focus, but I wish to highlight two:

‘One of the most promising means of regaining trust is making data – all data, on everything from pothole repairs to emergency response times – open and accessible to the public.

In Boston, citizens can use an app to report city fixtures – like potholes, broken streetlights or graffiti – in need of repair. The city uses the data to dictate maintenance, and once fixed, the person responsible takes a photo and sends it to the citizen who reported the fault. It gives citizens the sense that real people are fixing these problems – and, the city found, when citizens receive photos of the repair they asked for, they are more likely to report future issues.’

‘The Brexit referendum was supposed to put the power in the hands of the people – instead, it ignited anger and division. An alternative to making big decisions via referendum is using a “citizen’s jury”, which enlists a random selection of civilians to consult on a big policy decision. The citizens’ jury dissects issues in the same way a jury in a courtroom does: by looking at verified facts and figures and hearing evidence from a range of experts and witnesses.

Canada and Australia have run deliberative panels on big policy decisions, such as whether to open a nuclear waste factory and how to expand transportation. Research shows that people who participate in policymaking are more likely to understand the complexities faced by government.’

Both examples cited above can be effectively boiled down to one word – transparency.

Ultimately, this is what creates an effective open democracy and a cohesive society, but it relies heavily on the fundamental principle of trust.

Therefore I call on Scarborough Borough Council officers to trust the elected Councillors with the full information relating to all email correspondence. I also call on SBC to dispense with their legalistic, opaque and seemingly undemocratic practices which seek to obscure the truth from the public. Finally I call on SBC to trust us, the people, with information regarding key decisions that affect our lives and our communities, so that we may scrutinise and criticise the information, as we all have the right to do, in a fair and open society.