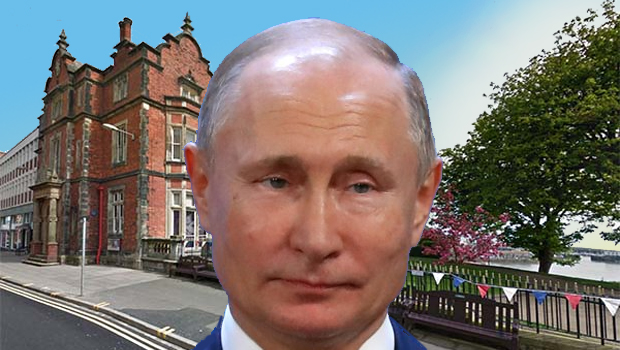 An Open Letter from NYE police  and crime correspondent TIM HICKS to Mike GREENE, SBC’s new CEO – a good part of whose attention is sure to be directed towards the North Yorks Enquirer in the coming days and weeks.

I read with great interest the personal statement published in the North Yorks Enquirer:

May I offer you my congratulations on your appointment. Your personal statement seemed to me to be clear, articulate and principled. I was pleased to read that we have much in common.

I am also passionate about public services and the importance of elected members ensuring that the services Scarborough Borough Council provides are fit for purpose. I believe that it is of the utmost importance in a democratic society that pubic bodies are held to account when things go wrong and that a free press is essential to ensuring this occurs. That is why I write for the North Yorks Enquirer.

I am therefore writing to you raise my concerns over SBC’s policy of intercepting my e mails to Councillors and refusing to respond to correspondence from me, including Freedom of Information (FOI) requests, because I write for the NYE.

I have previously written to Councillor Siddons over this matter, but he has not responded. A copy of my letter is below.

The Legal and Democratic Services Department justifies its policy by asserting that the NYE is a pressure group not a media outlet, which operates with the intention of causing nuisance and distress to the Council, Councillors and Council employees. I consider that this position is perverse. The NYE is an internet news magazine that has been around for many years. Many local people, including Councillors and candidates for the recent elections have written articles for it. I believe this position was only adopted by the previous Conservative administration to suppress legitimate free speech and scrutiny by a free press, because of the number of embarrassing scandals the NYE exposed.

The above guidance, was subscribed to by the British Government and every European Government except Russia. It therefore appears that the only public officials in Europe that reject these principles are:

Please can I ask you therefore to direct the SBC Legal and Democratic Services and IT Departments to stop intercepting my e mails, so under your leadership, the Council normalises its relations with all local media outlets.