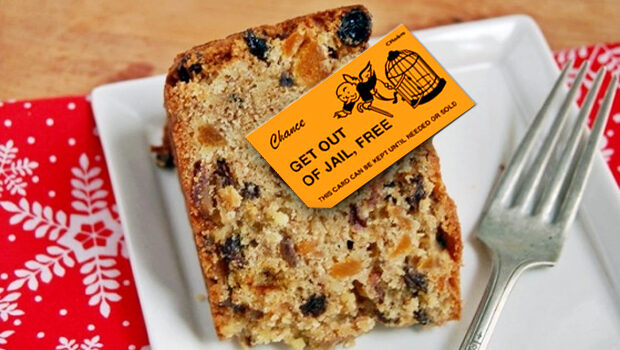 Regular readers will perhaps recall an article under my by-line published in the North Yorks Enquirer on 12th January 2021 entitled “Another Indy Resignation”, reporting on the reaction by several Scarborough Borough Councillors in response to a series of threatening and abusive communications from another Councillor.

A few days later, a Scarborough Borough Councillor lodged a Formal Standards Complaint against another Councillor on (if I may opine) frivolous, fatuous and utterly trivial grounds; the Defendant had allegedly committed an unforgivable breach of the Councillors’ Code of Conduct and the Seven NOLAN Principles of Public Life by clicking the ‘Like’ button on a Facebook post of mine publicising the aforementioned article.

The grounds for the Complaint were limited to the allegation that the article is allegedly “defamatory”.

Setting aside for the moment that if it were the case that the article was/is “defamatory”, the appropriate and proper remedy may be sought in the Courts – not from the Monitoring Officer, the Independent Person and the already overworked Mr StJohn HARRIS, who, in the astronomically unlikely event of such a silly Complaint ever being upheld, would face the onerous duty of sitting down over a cup of tea and a ginger biscuit with the condemned Defendant and instructing him on how, in future, to comport himself within the terms of the Councillors’ Code of Conduct.

Mrs Lisa DIXON – for she is the Monitoring Officer (and the author of the above document) – has just tripped headlong into one of her classic pratfalls.

She is a solicitor. Hers is the duty to advise the Council and its Officers on the finer points of the law.

The law (legislation) to which we must refer to obtain clarity on defamation is the Defamation Act 2013, from which the following excerpt is instructive:

In lay terms, if the article is substantially true, it cannot – by definition – be defamatory.

Thus, Mrs DIXON has confirmed, in her professional opinion, that it is not defamatory – it is substantially true.

So thank you kindly, Mrs DIXON, for confirming the truth of my article. For once, we agree.

To remind readers, the article reported that a total of three (then) members of the Independent Group had resigned from the Group over extreme differences of opinion with Independent Group Leader, Councillor Janet JEFFERSON. In explaining the background to this, I stated:

“But apparently the real beef is that Councillor JEFFERSON has refused to support the targets/victims of the recent round of abusive and threatening actions presently under Standards and Police investigation. It is reported to me that other members of the Independent Group are now considering their options.”

Mrs DIXON has confirmed that this statement (like the rest of the article) is not defamatory – ergo, it is true.

So let me now disclose that the Complainant in the above-mentioned Standards Complaint was none other than the Independent Group Councillor whose abusive and threatening actions directly resulted in the three resignations.

The very idea of a Councillor abusing the Council’s Standards Procedure in an attempt to inflict intimidation on another Councillor struck me as so bizarre that I was moved to examine the Council’s Disclosure Log in search of further information.

This is what I found:

1)            How many Standards Complaints have been received from Councillors against Councillors, since 1st December 2020 up until the day preceding the date of your response?

Eighteen Councillor-against-Councillor Standards Complaints in a matter of weeks?

Six of those eighteen Standards Complaints lodged by a single Councillor? And on such ludicrous grounds as the above example? In my view, that amounts to serial abuse of the Council’s Standards Procedures and an inexcusable and profligate waste of Officer-time and Council resources.

Before leaving this sorry saga, please compare the above Decision Notice with the Decision Notice in response to the following legitimate and rather serious Formal Complaint regarding the same Councillor committing a criminal offence (under the terms of the Localism Act 2011): 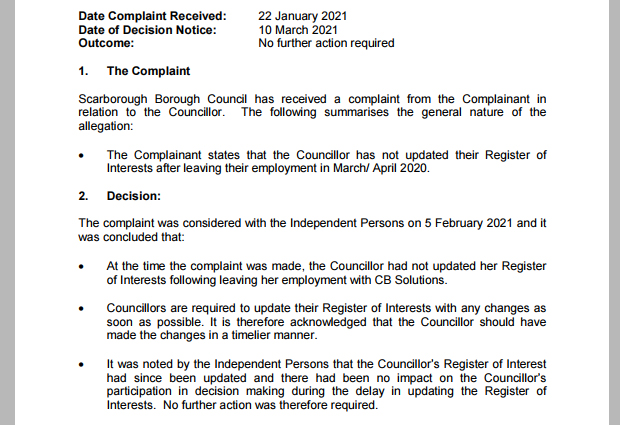 The Councillor broke the law. The Monitoring Officer admits this, but she and the Independent Person have determine that “no further action was therefore required”. As one Councillor analogised:

“A year ago, I stole a horse. I gave it back last month, but only after I was accused. No further action required!”

Or is it the case that, in the SIDDONS vision of a utopian Cabinet, with the benfit of a Double Standards procedure, anyone can have their cake and it eat – as long as they are willing to reverse their principles for a few thousands pounds Allowances and the promise to prop up the Borough’s worst nightmare, however wasteful and unwanted its actions may be?