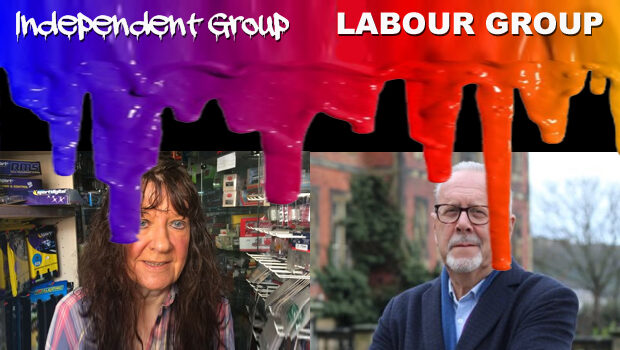 Following the recent resignations from the Independent Group, by first Councillor Guy SMITH, shortly followed by Councillor Eileen MURPHY (follow those links for the full story), I can now confirm that Councillor Roxanne MURPHY has followed suit.

All three have been driven by a combination of lack of confidence in the Group Leader, Councillor Janet JEFFERSON, who has gone against all advice and supported the ARGOS regeneration proposal, which has failed to attract government funding. Scarborough & Whitby MP Robert GOODWILL has stated that “the reason why Scarborough’s bid for money from the government’s Future High Street Fund was unsuccessful is because it wasn’t strong enough”. More importantly, Councillor JEFFERSON has been unable to account for the ‘missing’ £20K from the receipts and payments relating to the KPMG DEVO Report .

But apparently the real beef is that Councillor JEFFERSON has refused to support the targets/victims of the recent round of abusive and threatening actions presently under Standards and Police investigation. It is reported to me that other members of the Independent Group are now considering their options.

“I am pleased to welcome both Cllrs Roxanne and Eileen Murphy to the Group of true independents working for the people in these difficult times.”

The new Mayor will be Councillor Eric BROADBENT [Lab.]. Councillor BROADBENT has previously served as Mayor in (2005/6).

This distribution of seats leaves the the present administration – the LAB./IND. alliance – in a very precarious position.

In the event of a Vote of No Confidence,  the figures are less than auspicious for Councillor SIDDONS:

13 Labour members, plus 7 members of the Independent Group = 20 votes.

Even with the support of the 2 Greens, the Leader can rely on only 22 votes.

It may just be that former Tory Councillor Helen MALLORY [Unaff.] would side with Councillor SIDDONS.

But it is easy to imagine that the present Mayor, Councillor Hazel LYNSKEY [Con.] might turn renegade and support Labour, as she has done before in tight situations.

In any case, in the event of a tie, the Mayor has a casting vote, so if the Mayor does betray the Tories, Councillor SIDDONS would scrape back in. That would take the shine off Councillor LYNSKEY’s interminable Mayoralty.

However, only one more defection from the Independent Group (or even from Labour) would leave the LAB./IND. alliance short, and simultaneously take the Cons (14) plus the Y.C.I.A. + C.M.I. (10) up to 24 – a winning majority – always providing that Councillor MALLORY [Unaff.] does not break the habit of a political lifetime and go with Labour, thus bringing it back to 23 votes each.

Which brings us back to the Mayor. If Councillor LYNSKEY votes with the Party to which belongs (and has done so for many years) –  the Conservatives – then Councillor SIDDONS will be clearing his desk.

On a lighter note:

How many readers were reninded (as I was), watching today’s Cabinet meeting, of this wonderful clip from the TV of yesteryear?