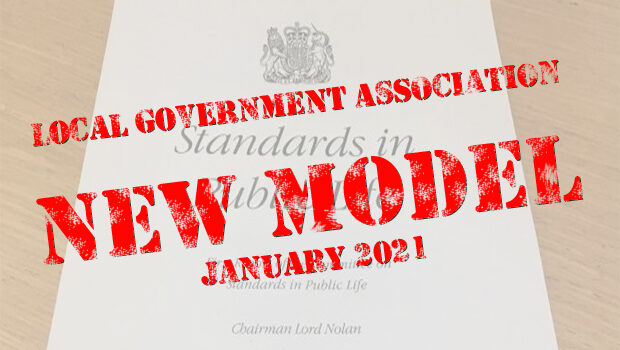 The Standards Committee of Scarborough Borough Council will meet next week at 10:00am on Thursday 25th March 2021.

The Agenda includes Items on the subject of Standards Complaints 2019/20 [Item 4], an overview of the Regulatory of Investigatory Powers Act (RIPA) [Item 5] and a New Model Councillors’ Code of Conduct, drafted by the Local Government Association (LGA) [Item 6].

Collectively, these three Agenda Items include a total of eight attached PDF documents – all of which make for very interesting reading indeed.

There is within them, as readers may well imagine, a great deal of emphasis on the matter of protecting errant Councillors and Officers from public and press scrutiny and deserved criticism. Given the well-documented tendency of local authorities to deter scrutiny as much as possible, this is all to be expected.

Surprisingly, included almost as an afterthought, is this extremely pertinent comment:

One wonders whether or not this very first (to my knowledge) acknowledgement that threats and intimidation (including threats to murder and/or to administer beatings to fellow Councillors – and members of the public) by elected members do indeed take place, in some cases with disturbing regularity over a period of years.

Hitherto, Scarborough Borough Council (in particular) has been made aware of such conduct and side-stepped its Duty of Care to victims, despite proof positive appearing in the public domain. This may be about to change.

Interestingly, the LGA’s ‘new model’ Code of Conduct, which the Council is expected to adopt, provides for realistic Sanctions against those who breach the terms of the Code.

One such Sanction is that a Councillor may be stood down for up to 6 months, during which time no Allowances will be disbursed. That would certainly impact on those who are only in it for the money!

The new Code of Conduct, which addresses such conduct as bullying, intimidation, breaches of confidentiality, sending hate mail, bringing the authority into disrepute, etc, is reproduced here and below: