Following a seemingly orchestrated series of Tweets and re-Tweets (follow the link for details) amounting to public allegations against Councillor Tony RANDERSON [Lab.], on grounds of his failing to disclose a personal (but not prejudicial or pecuniary) interest concerning his daughter’s employment by Yorkshire Coast Homes, a former Conservative member has called upon the Mayor to resign. 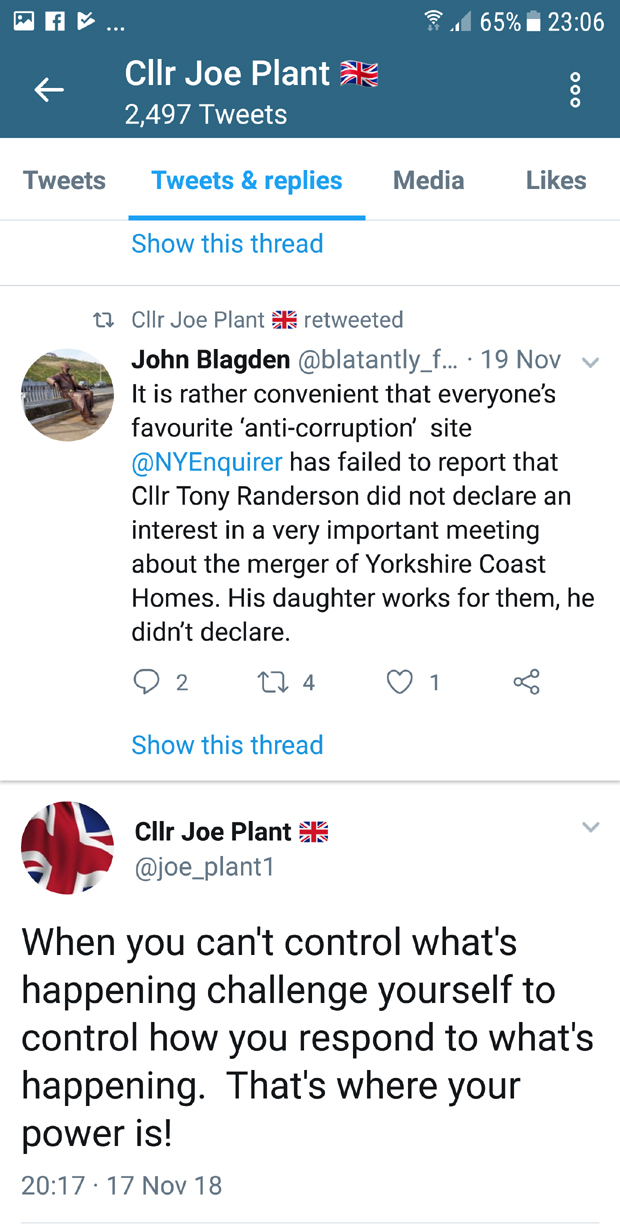 The Twitter attack is widely regarding as a premeditated tit-for-tat attempt to discredit Councillor RANDERSON, who recently led a group of Labour and Independent Councillors to lodge a Requisition demanding an Extraordinary Meeting to consider a vote of No Confidence in the Mayor. The Requisition was seconded by Councillor Sam CROSS [Ind.]. Councillor Mark VESEY [Green.] was also a signatory, demonstrating the cross-party support for the move.

Councillors RANDERSON and CROSS were also signatories to an earlier Requisition for an Extraordinary Meeting to examine under what legal authority the Chief Executive, Mr Jim DILLON, had prohibited Councillor Michelle DONOHUE-MONCRIEFF [Ind.Ind.] from attending Council and Committees and/or contacting Council Officers.

Mayor PLANT has now twice disregarded the terms of the Local Government Act 1972 by passing the Requisitions to the Chief Executive, who has no authority in law to intervene in the democratic Requisition process – but has nevertheless prevented both Extraordinary Meetings from taking place. Speculation is rife that the Chief Executive will be leaving the authority next May, immediately after the local elections over which, as Returning Officer, the Mr DILLON will preside. Certainly, he has been cancelling appointments beyond that date.

At the meeting of Full Council on Monday 5th November 2018, Mayor PLANT dismissed a legitimate Point of Order called by Councillor RANDERSON regarding departures from the Constitution by the Chief Executive, the Director of Legal & Democratic Services and Monitoring Officer Mrs Lisa DIXON, and the Mayor himself.

Mayor PLANT has also been accused, in the public domain, of using his Mayoral facilities in service of the Scarborough & Whitby Conservative Association (whose website would appear to have vanished).

The first half of Councillor PLANT’s Mayoral year has been beset throughout with controversy. Now things are going from bad to worse – and, in the process, inflicting huge damage on his prospects of re-election. A defeat next May in the Borough elections would, in turn, jeopardise his prospects in the North Yorkshire County Council elections in May 2021. The future looks bleak. Wiser heads than mine are suggesting he may be glad to walk away.

Asked to comment on the present situation, a former (and perhaps future) Councillor stated:

“It’s embarrassing. People are saying that the leading Tories and the Directorate are not even bothering to disguise their attempts to prop one another up. It’s like watching a three-legged race. At least until the elections. After that, there may be a whole new dynamic. Personally, I’d like to see Tom back in the top spot…..and a clean sweep of the directors ought to be his first priority”.

Returning to the call upon the Mayor to resign, here is Councillor DONOHUE-MONCRIEFF’s email in full:

I am writing this email reluctantly to express concern regarding recent activity by yourself which I believe is in breach of the protocol requiring serving Mayors to refrain from political activity.

Despite my personal reservations regarding your performance, I declined to sign the requisition asking for a vote of No Confidence in yourself. This was out of respect for the tradition that the Mayor is above politics irrespective of my personal feelings towards the individual.

Sadly, I was made aware the you retweeted on social media a post attacking the Councillor calling for the extraordinary meeting. It is also clear that the sharing of the tweets was carried out in conjunction with three other Conservative Councillors including a member of the cabinet. This partisan behaviour is unacceptable from any Mayor.

In addition, you are also listed as the contact for the fundraiser intended to benefit the Whitby branch of the Scarborough and Whitby Conservative Association. Again, this type of political activity is not acceptable for a Mayor.

If the Mayor is to be above criticism then the Mayor must behave in a manner that respects the rights of ALL Councillors even those who have lost confidence in him/her.

Therefore for the sake of the Mayoralty, I would ask you to resign. 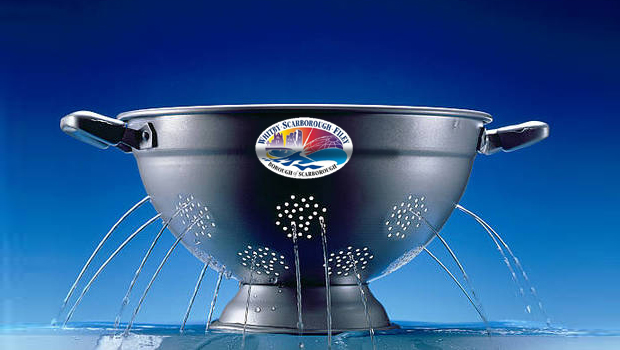