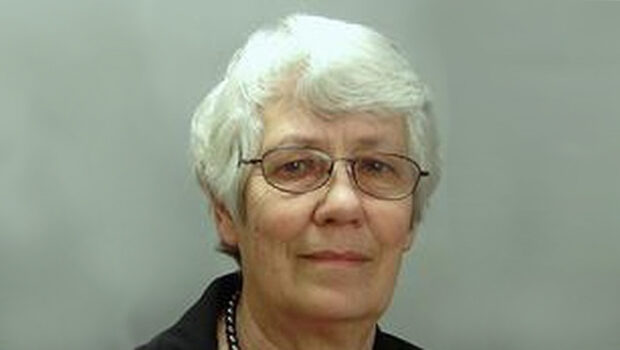 The three recent resignations from the Independent Group (reducing its number from 10 to 7) now need to be off-set by the resignation of Councillor Jane MORTIMER from the Conservative Group, in order to perform the necessary re-allocations at the Extraordinary Meeting of Full Council scheduled for today, Tuesday 19th January (at the later time of 3:00pm).

On Monday 18th January 2020, Scarborough Borough Council Democratic Services (in fact, Mr StJohn HARRIS) sent notification to members outlining  recent changes in the membership of political Groups. These changes must be embodied within the memberships (and Chairships) of Committees, in order to preserve the same political proportionality as the Council as a whole.

Within the hour, in a classic case of ‘Hello, left hand; I’m right hand!’, this re-adjustment to the business laid out for Tuesday’s Extraordinary Meeting was countermanded and the Meeting cancelled/postponed.

The Council had changed its tune – as the following email to all members from Monitoring Officer, Mrs Lisa DIXON, confirmed:

Following the recent resignation within the Conservative Group, it is necessary to recalculate and reassess the seat allocations within Committees to ensure that the statutory requirements around proportionality are met. As part of this work, it may be necessary for officers to consult further with Group Leaders.

For this reason, we are cancelling the full Council meeting due to be held on 19 January 2021. We will reschedule the meeting shortly, possibly for next week.

Funny how Mrs DIXON purports to be unaware (or omits to mention) that the revised proportionality figures had already been calculated and transmitted to members earlier, by Me StJohn HARRIS.

A far more plausible explanation for this pretence of unawareness on the part of the Monitoring Officer, in terms of what work had already been accomplished by her Democratic Services team, is that other resignations are in the offing in the days ahead and other opportunities will likely arise for the Leader to persuade, cajole or browbeat members into propping up his tottering administration. A delay of a week or two will give Councillor SIDDONS time to exercise his charm – if nothing distracts him. I expect something will.

It is a fact of life in local authorities – long-standing members assure me – that Leaders (generically) reward support with ‘juicy’ appointments. Anyone for a Mayorship? A Chairship? A delegation to a prestigious external body like the Police, Fire & Crime Panel? If I were a cartoonist (which I am not), I would be tempted to depict members running hither and thither across the floor of the Council Chamber in pursuit of banknotes fluttering in the air from the raised hand of the Leader. Ho, ho, ho.

I believe few would disagree with my opinion that influential positions – and the ‘power’ and money that goes with them – should be granted strictly on merit and emphatically not as a form of currency with which to ‘buy’ political support. In my view, that is a form of corruption and I want no element of it in our Council.

Well, I happen to know (no thanks to an unimpressed Newby resident) that Councillor SIDDONS had offered that Licensing Committee Chairship to Councillor Jane MORTIMER, surmising (perhaps rightly) that it would appeal to her vanity. The Conservative Group, rightly or wrongly, had advised Councillor MORTIMER (concerning whom I have a woeful tale to tell when I can find the time – two, in fact) about the likely real purpose behind Councillor SIDDONS’ apparent largesse, but Councillor MORTIMER, already basking, one may readily imagine, in the highly congenial kudos of her very own Chairship, preferred to resign.

Councillor MORTIMER is now listed as ‘No political affiliation’ – which some may read to signify that she is in it only for herself.

Far be it from me – or anyone else – to draw any such conclusions from the Schedule of Allowances on the SBC website: 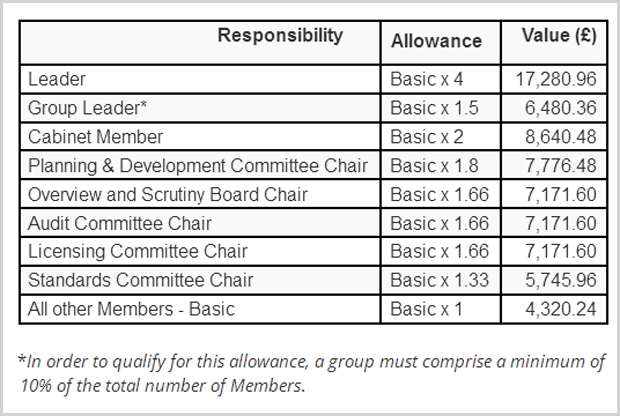 The Conservative Group may well feel pretty disgusted that Councillor MORTIMER’s net gain for abandoning the Conservative Group – after thirty years of the Party covering her electioneering expenses – amounts to the ‘princely sum’ of £2,851.36 per annum. The knock-down price of infamy is £7.81 per day – a Big Mac with Fries and a small coffee.

I am not privy to any Conservative Caucus (on Zoom or otherwise), but if I sit perfectly still for a moment, I fancy I can hear mutterings of “Judas! Judas!”. In fact, even that sells it cheap. Councillor MORTIMER may actually have struck a good deal; according to Wikipedia, thirty pieces of silver are worth $216 (about £150) at todays prices.

Here in the Borough of Scarborough, not all Councillors possess the temperament for public life and mistakenly believe that they are exempt from criticism – perhaps on the basis that they are poor, weak ‘victims’ whose delicate psychological equilibrium excuses them from all liability. Some would characterise critical comment as provocation justifying threats – and acts – of violence.

That opinion is at odds with the Judgment of the Law Lords (Lord Keith of Kinkel, Lord Griffiths, Lord Goff of Chieveley Lord Browne-Wilkinson and Lord Woolf) who, in the famous case of Derbyshire County Council -v- Times Newspapers (1993), established the following definitive interpretation of statute; Case Law:

There is nothing equivocal about that.

I am a member of the public and where I see grounds for criticism, I will criticise – without fear or favour.

And remember this: ‘They Work for You’ is written on the label, so to speak. We employ them. We may scrutinise their actions. We may freely comment on the opinions we form as a logical consequence of our scrutiny. That is the law and it serves nothing for inadequate or feeble-minded public servants to posture and strike the implausible pose of innocent victim. It does not wash; it is the first resort of the coward and the bully.

Curiously, this present article is the second in a matter of days, following Tim THORNE’s piece “Broken Promises #4” (Tim exposed Councillor Michelle DONOHUE-MONCRIEFF’s U-turn over the ARGOS project, when her elevation to Cabinet doubled her Allowances from £4,320.24 per annum to £8,640.48), in which a bright light has been shone on members’ susceptibility to ambition (and its attendant additional remuneration), as outlined above.

They tell me power corrupts . . . money, no doubt, lends a hand.