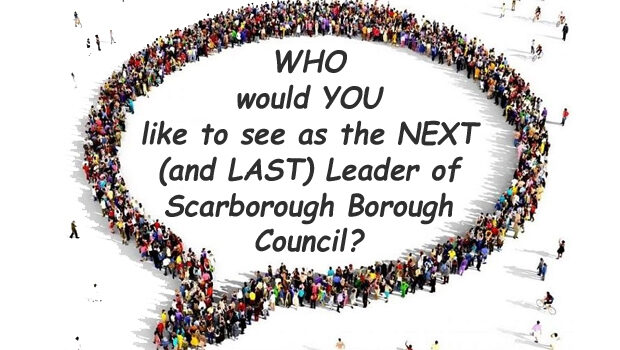 The NYE Poll to identify who it is that readers would most like to see as the next (and last) Leader of Scarborough Borough Council has been running for two weeks now – and not only is the race closer than anticipated; we have a SURPRISE FRONT-RUNNER!

The Poll closes at 5:00pm on Friday 3rd September – results to be announced on Saturday 4th September. 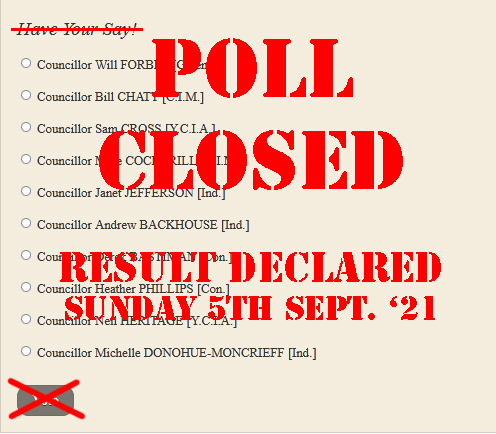 THE CONTENDERS (pictured anti-clockwise from 1 to 0 on the telephone dial in the featured image, below) are: 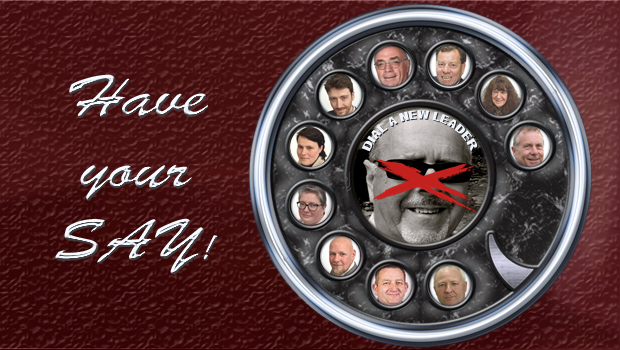