Trevaline Evans and Ann Heron: Was it Halliwell?

Part 4: A Tale of Two Forces

The NYE has been investigating serial killer Christopher Halliwell, who is currently in prison serving a full life sentence having been convicted of the brutal murders of Miss Becky Godden-Edwards in 2003 and Miss Sian O’Callaghan in 2011 in Swindon.

Recently, the authors have investigated two of the UK’s great murder mysteries. The June 1990 disappearance of Mrs Trevaline Evans in Llangollen, North Wales and the brutal murder of Mrs Ann Heron in August 1990 near Darlington, which remains Durham Constabulary’s only unsolved murder.

Their analysis has led them to believe that the same car was used in both crimes and that Christopher Halliwell should be considered as a suspect in both murders, which are covered in these three articles and include the Crimewatch reconstructions.

The case was also covered locally by the North Wales Daily Post.

This coverage will have aroused interest locally in the case, which is very well-known, and may lead to further witnesses coming forward with information to North Wales Police (NWP).

The authors contacted NWP and Durham Constabulary advising them of their concerns and had two very different responses.

During the investigation into Christopher Halliwell, Wiltshire Police found a stash of women’s clothing at a River at Ramsbury, Wilts. This is thought to be a trophy store of clothes taken from his victims that Halliwell would obtain perverse gratification from visiting.

The authors suggested that this clothing is reviewed, to ascertain if Mrs Heron’s bikini bottom is among the items recovered.

The authors suggested that the sketches are reviewed to establish if any of them are of locations at:

The authors suggested that Halliwell is interviewed in prison to ascertain if possible what his movements were in the period that he was resident at Aughton Park, if he was in Durham, and that the murder of Mrs Heron is put to him as a crime that he is responsible for.

“The murder of Ann Heron has been thoroughly investigated and subject to constant review over the last 31 years, including the use of new investigative techniques with the advancement of forensic technology.

“It is still the ambition of Durham Constabulary to convict the person responsible for Ann’s murder.  At this time there is no new evidence that identifies new suspects, but we remain open minded.” 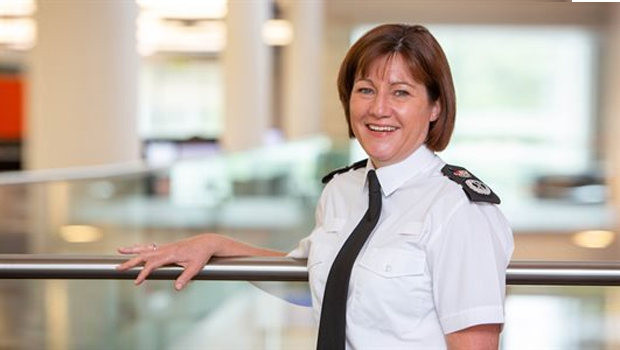 Ignoring new lines of enquiry that Christopher Halliwell should be a suspect in the murder of Ann Heron.

So why is there this lack of interest by Durham Constabulary in pursuing new information that indicates Halliwell as a suspect in the murder of Mrs Heron?

This BBC article here from April 2021 narrates how the family of Mrs Heron are also dissatisfied with its investigation. Essentially they allege that Durham Constabulary is completely focussed on Mrs Heron’s husband as the killer to the exclusion of all other suspects. This is entirely consistent with the authors experience of this force and if so, it is a very serious failure of leadership, which bears out the criticisms made by Mrs Heron’s family.

However, there is another bigger issue behind this question. The answer lies in the question posed in the lead illustration.

The answer to that question in the author’s opinion is, almost certainly, yes.

The conventional wisdom is that Peter Sutcliffe’s first murder was in 1975 and he committed thirteen murders and seven attempted murders until he was arrested in 1981.

The author’s research indicates that Sutcliffe murdered many more than thirteen women, but to avoid controversy, for the purpose of this article, the authors will stick with the accepted figure of thirteen murders between 1975 and 1981 for use as a comparison.

Christopher Halliwell was born in 1964 and lived initially in Swindon before moving to Scotland in 1974, where he trained as a butcher. He returned to Swindon in 1982 and was imprisoned in Dartmoor between 1985/6, and 1987 for car theft and burglary.

When he was in prison, he boasted to another prisoner that he had murdered his girlfriend and made enquiries about how many murders you needed to commit to be a serial killer. Upon release in 1987, he did not come to the attention of the police until he was arrested in 2011 for the murder of Sian O’Callaghan.

It therefore appears that Halliwell had already murdered at least one woman prior to 1985/6 and that he was intent on becoming a serial killer when he was released in 1987. That would indicate that he was an active serial killer for over twenty five years. During this period we know he killed Becky Godden-Edwards in 2003, but no other victims have emerged.

Halliwell was a very capable serial killer. He was ruthless, forensically aware, capable of planning, surveillance aware, changed cars regularly, physically fit and able to quickly conceal a body by burying it from his work as a groundsman and grave digger. His itinerant lifestyle, hobbies of fishing and narrow boating, and his work as a builder, roofer, window cleaner, window fitter and driver took him all over the country, to different force areas.

The key difference between Halliwell and Sutcliffe is that seven of Sutcliffe’s convictions were for attempted murder, where his intended victim survived. Meaning that he only had a 65% ‘success’ rate; 35% of his victims survived and reported his attacks to the Police.

So far as is known, no one has ever survived an attack by Halliwell, no doubt because of his physical strength and proficiency with a knife from his training as a butcher. Hence the reason no survivors have described him to the Police and why he escaped detection for so long.

So the conclusion is inescapable that Christopher Halliwell was murdering women all over the country from 1987 until his arrest in 2011. Assuming he killed one victim a year, that is a total of 26 (including the girlfriend murdered in the period 1982 – 1985/6.

However, Sutcliffe’s most active year was 1977 when he murdered Irene Richardson, Debra Schlesinger, Patricia Atkinson, Jane MacDonald and Jean Jordan. So it is very possible that Halliwell had far, far more victims than twenty-six.

Why the British Police Service is reluctant to investigate cold cases generally and Halliwell in particular.

There are a number of reasons why a Chief Constable will order his force not to investigate a cold case. These are:

However, with murders where Christopher Halliwell is a suspect, there is another additional issue.

When Peter Sutcliffe was arrested and the failures of the investigation by West Yorkshire Police were exposed, there was a furore of criticism of the Police. No Chief Constable wants to admit that Halliwell was murdering women across the country with impunity for over twenty-five years. Or that he was not in any way inconvenienced by the Police and killed far, far more women than the Yorkshire Ripper. If this was to emerge, it would trigger a similar wave of public outrage and criticism of the Police service.

Hence perhaps the reason that although Halliwell is known to have been a serial killer for many years, he has never been convicted of any other murder than the two necessary to give him a full life term, or even named as the prime suspect in a murder.

So how many victims did Halliwell have?

This is to be examined in a new book by Chris Clark and Bethan Trueman to be published on the 1st of September. It will be reviewed in the NYE. 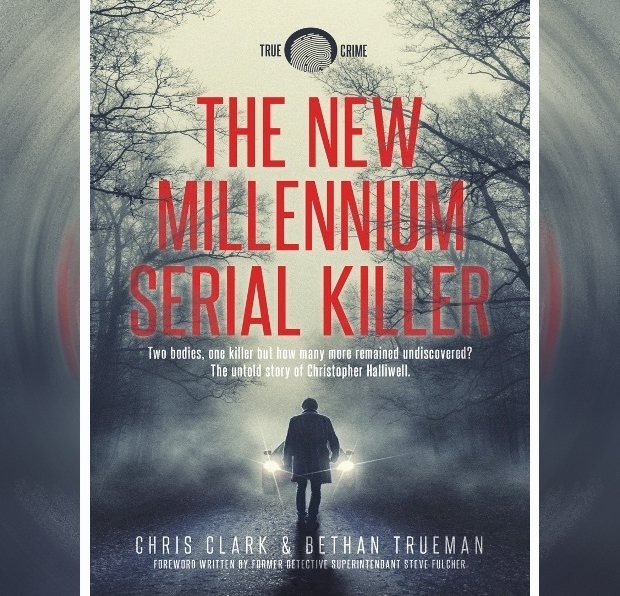 Further information can be found in this Swindon Advertiser article here.

Faced with the failure of the Police service to identify the full range of Halliwell’s offending and all of his victims, the authors and the NYE will continue their relentless efforts to identify the unknown victims of Christopher Halliwell.