I was lucky to be one of over a hundred to attend last night’s capacity-crowd Public Meeting, with over forty would-be attendees turned away.

Congratulations are due to Mr James CORRIGAN for organising a highly informative presentation.

And I was delighted to see some SBC Councillors in attendance – Councillors BACKHOUSE [Ind.], CHATT [C.I.M.], CROSS and HERITAGE [Y.C.I.A.] ensured that all of the various Independent Groups were represented. I saw no Labour or Conservative members.

Embarrassingly, however, the other podium places, reserved for Castle Ward Councillors Alex BAILEY [Lab.], Carl MAW [Lab.] and Janet JEFFERSON [Ind.] (pictured left-to-right, below), remained vacant – as did the places for SBC CEO Mike GREENE and for a  representatives of developers Wrenbridge – until they were filled by local community figures including Fred NORMANDALE, whose measured critique of the proposal set the tone for the meeting.

No show from those ‘in the know’.

Amongst the many public speakers, former Leader (2005-15) of the Council and Mayor (2015/16) Tom FOX [Con.] stood out, covering many of the points previously raised in the Enquirer with his customary eloquence.

Tom’s final two words in reference to the proposal – “NOT HERE!” – received the loudest ovation of the evening.

Former Labour Councillor and MP Colin CHALLEN expressed his embarrassment that his own Castle Ward Councillors (two of them fellow Labour members) had let the side down by failing to attend.

Councillor JEFFERSON is Chair of the Castle Ward Tenants & Residents Association. Her absence will long be remembered.

It would serve little to cover in depth the many pertinent points raised, since they are all to obvious, but here follows a bullet-pointed reminder list:

One Castle Ward resident asked for the three ABSENT Castle Ward Councillors to be identified by name, for the record.

Two non-binding votes (by show of hands) were recorded;

Both were carried within a vote or two of UNANIMOUSLY – though one lady, after the votes were concluded, expressed the wish that the vote of NO CONFIDENCE in the Castle Ward Councillors had been constrained to the present proposal only.

When Alderman MURPHY closed proceedings, those present dispersed in an orderly and good-natured manner. Chatting with Councillors and Castle Ward residents afterwards, it was apparent that any ill-will was directed principally towards the general absence of “openness and transparency” (some called it secrecy) that has characterised the SIDDONS administration in general and the ARGOS proposal in particular, and to the inexcusable absence of the Castle Ward Councillors, who I learned had declined their invitations to attend only ten minutes before the appointed time of the meeting – 7:00pm – pleading prior commitments. It is difficult to imagine that those commitments (if they existed) demanded their attention more urgently than a £22-£30 million white elephant on their own patch.

Since I was present in a reporting capacity, it would have been inappropriate for me to speak. As a Whitby resident, I would have liked to remind the people of Castle Ward that they would not be alone in carrying the burden of this shameful proposal for the next 40 years – that will fall to every ratepayer in the new North Yorkshire Unitary Authority after SIDDONS is long gone.

I returned home to an in-tray full of supporting emails and social media messages. One, in particular, is of special interest. Attached to it was the Scarborough Borough Council document, ratified by all Councillors, entitled “HMO-SPD-Non 2015”, from which I quote the following clauses:

I do hope Castle Ward residents who intend to register formal Objections to the Proposal (closing date 28th October 2021) will draw this ruling to the attention of the Planning & Development Committee. Clearly, it has been forgotten or conveniently overlooked by the administration.

I will be reporting on further ‘procedural improprieties’ in the coming days.

Further information regarding the proposal and the Planning process can be viewed here:

Objections are appearing on the SBC Planning Portal and can be viewed here:

Also of interest are the following social media comments from NHS staff: 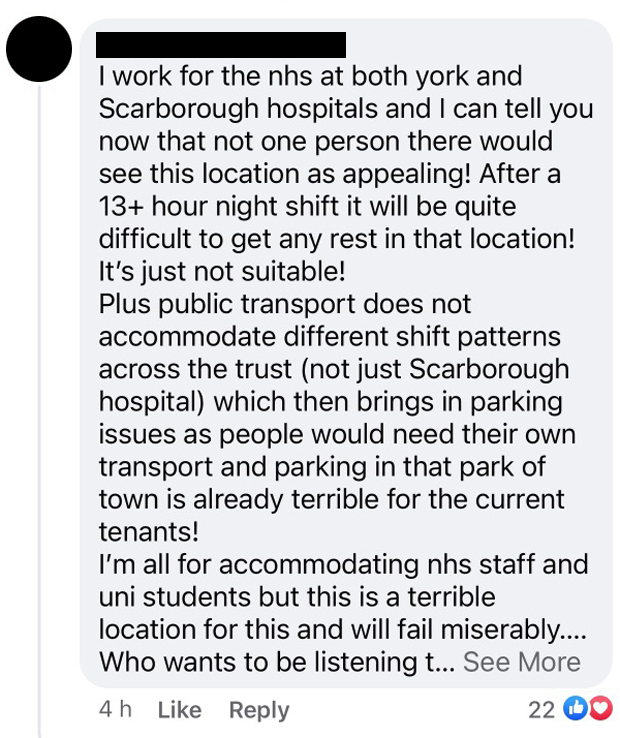 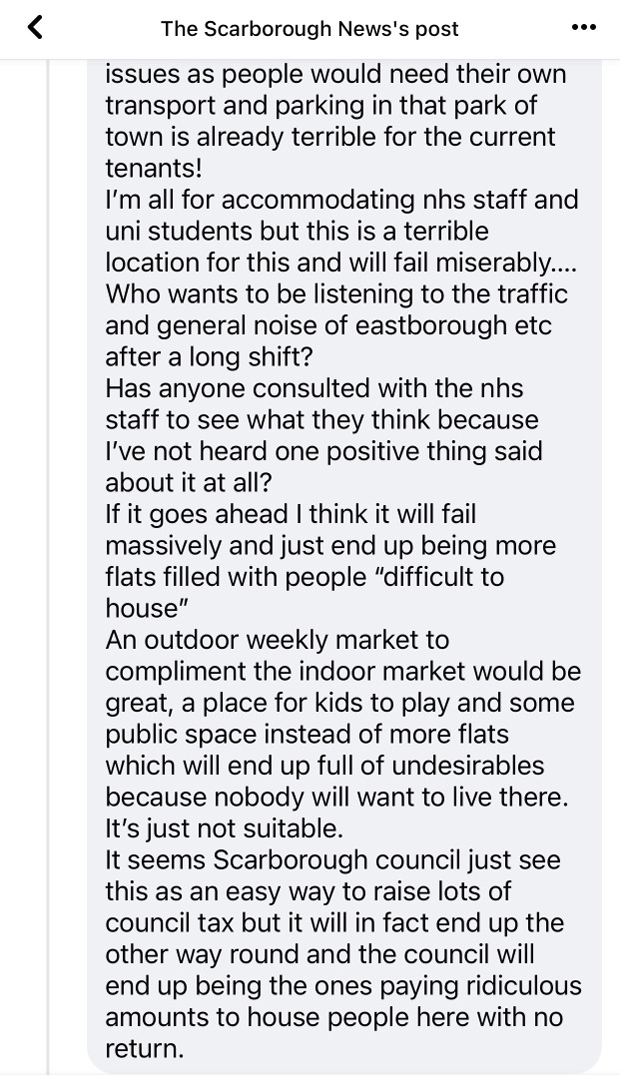 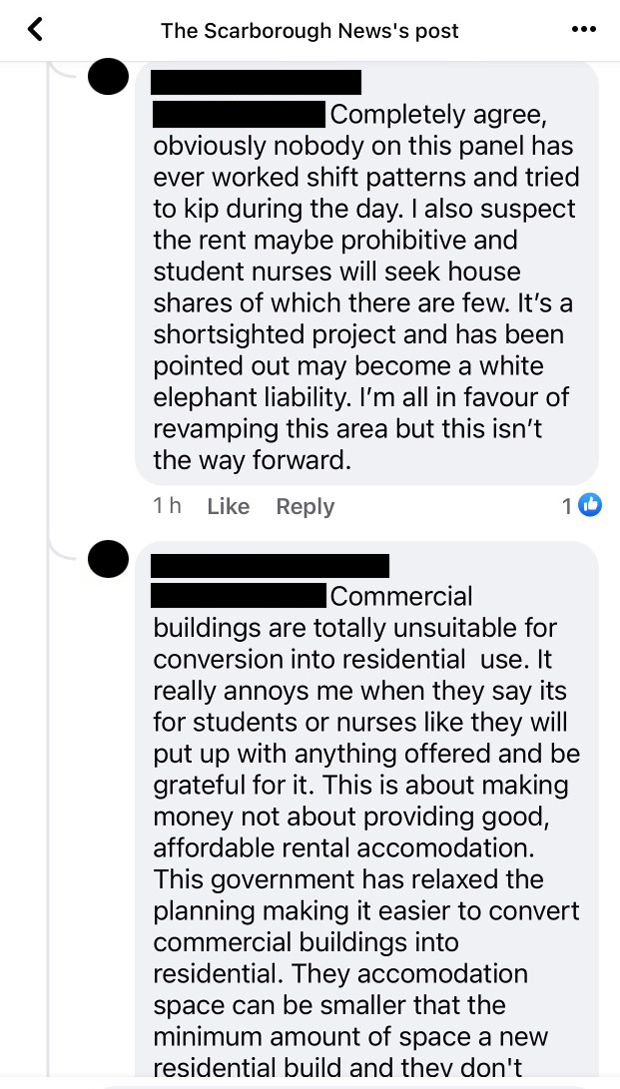 Finally, I leave you with a rather amusing image doing the rounds on social media this morning: