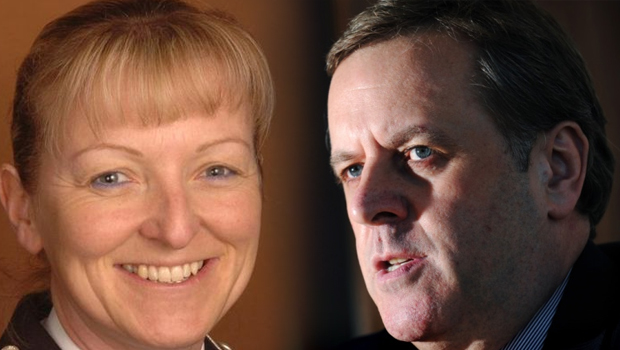 On 20th December 2015, I published an article entitled “WYP: Refusal To Refund ‘Illegal’ Fines Challenged”, in which I included an email to Chief Constable Dee COLLINS (pictured left, above, and below) of the West Yorkshire Police, offering her a ‘right to reply’ to the widespread criticism of the decision to withhold the repayment of ‘fines’ imposed on motorists who had been ‘ticketed’ illegally. Readers may recall that we are speaking here of some 16,000 FPNs amount to some £485,000.

Chief Inspector Lisa ATKINSON, on behalf of Chief Constable Dee COLLINS, has confirmed that the Force wishes to stand by its statement of 29th September 2015:

Update on fixed penalty notices for parking, issued by PCSOs

“Last month [September 2015], West Yorkshire Police confirmed that it had identified that its PCSOs had, for a period of time, been issuing non-endorsable Police Fixed Penalty Notices for parking offences, when they had not been correctly granted powers to do so. Although they had been authorised by the Chief Constable to exercise such powers, an administrative error meant that the authorisation was invalid. This anomaly has since been corrected and our PCSOs now have the full range of powers available to them, as was always intended to be the case.

A search of our systems showed that about 16,000 tickets may have been affected, the fines from which were paid to the Courts and thus into public funds.

We assured the public at the time that we would look into the matter, particularly around whether any potentially affected motorists might be due recompense. We also said that we would publish our findings as soon as possible.

We have sought examples of similar issues elsewhere and have also taken legal advice on the matter.  As a result of this we are now satisfied that there is no basis in law that would entitle anyone to such a refund, which would in any case have had to come from the public purse.  At the heart of  this assessment is that motorists had opportunity to challenge the validity of the process in court at the time, and only those found guilty in these circumstances were penalised. If however motorists elected to pay the penalty they effectively accepted having committed the offence and opted out of the court process, thereby waiving their right to contest the matter.

Whilst we therefore now consider this matter closed, we would like to reassure the public that at the time these tickets were issued, the Force and the PCSOs believed that they were acting correctly and in good faith, and that the Force has acted promptly to consider and rectify the position as soon at the issue came to light.”

The final paragraph cuts to the chase: “acted correctly and in good faith”, “acted promptly”.

That is the key issue, and it gives rise to an important question raised by one (anonymous) correspondent – ostensibly a former WYP Officer – who speaks of a significant delay between WYP first becoming aware of the legal difficulty, then seeking legal advice, and only then discontinuing the service of FPNs (‘tickets’).

It is an important question because the possibility that WYP continued to authorise the service of FPNs after becoming aware that they lacked legal validity opens the debate to the possibility of a criminal offence – that of Fraud by False Representation, proscribed under s.2 of the Fraud Act 2006:

On the face of it, WYP appear to have committed Fraud by False Representation, but – and it is a big BUT – there is, for the moment, one absent and vital ingredient: intent – knowledge or awareness that to act thus is to commit an offence – or, as it is referred to in law, “mens rea” – in effect, “a guilty state of mind”, betraying “criminal intent”.

(‘Mens rea’ is, in fact, an abbreviated form of the Latin phrase “actus reus non facit reum nisi mens sit rea”, which means “the act is not culpable unless the mind is guilty”).

So let us return to the final paragraph of the WYP 29th September 2015 statement – re-affirmed by Chief Inspector Lisa ATKINSON on 21st December 2015:

“Whilst we therefore now consider this matter closed, we would like to reassure the public that at the time these tickets were issued, the Force and the PCSOs believed that they were acting correctly and in good faith, and that the Force has acted promptly to consider and rectify the position as soon at the issue came to light.“

I have high-lighted in bold type the passages that my source (rightly or wrongly) suggests may not strictly be true.

In pursuit of the true sequence of events, I have engaged in a very amicable correspondence with Chief Inspector Lisa ATKINSON, in which I requested – informally and without recourse to the Freedom of Information Act 2000 – the following five items of information :

Unfortunately, WYP decided to log my request under the FOIA – thus granting themselves until 22nd January 2016 in which to respond. In the hope of moving things along more swiftly, I then appealed to Chief Inspector Lisa ATKINSON to return my request for information to its original informal status. Lisa ATKINSON responded with the following two-liner:

“In relation to the referral to the FOIA, we do aim to provide a speedy response to your queries.

In the interests of transparency, the purpose of my questions is to establish a time-line and examine in just how much “good faith” WYP acted – and how “promptly” (to quote Lisa) – because if it turns out to be the case that WYP issued a single FPN whilst “knowing that it was, or knowing that it might be, untrue or misleading” (“mens rea”), then WYP can rightly be alleged to have committed the criminal offence of Fraud by False Representation.

Of course, I will never persuade the WYP to prosecute the WYP. And I would have to be a damned fool to expect the Independent Police Complaints Commission to intervene, much less the Attorney General or the Home Secretary. 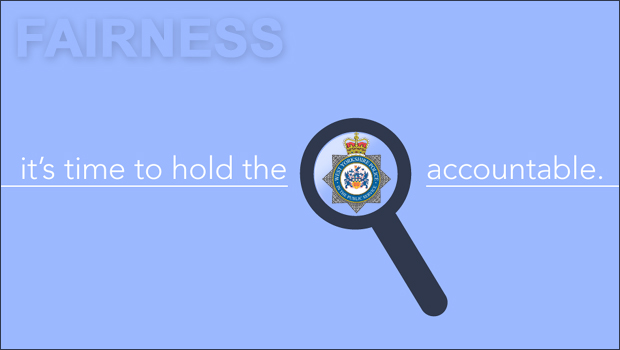 But setting aside the letter of the law for a moment, I ask readers to consider the following extremely succinct email, sent to WYP Chief Constable Dee COLLINS by broadcaster Charles LOFT:

“Every single motorist so charged would have challenged the tickets if they had known they were being issued illegally. You have a moral duty to refund each and every motorist involved. To not do so is compounding fraud and theft, not a viable position for a Chief Constable to take. You are duty bound to obey the law, and where it might be ‘convenient’ for you to keep the money this would be grossly unfair to the motorists involved. Even if it were technically ‘legal’ for you to do so, it would be ethically abhorrent in the extreme. Not withstanding the extremely bad public relations fact of the matter.”

I am grateful to Charles for returning the debate to its rightful frame of reference – ethics; fairness.

Another correspondent, who has asked to remain anonymous, offered this simple analogy:

“Imagine visiting the Post Office to purchase a £10 Postal Order. Unbeknownst to you, because of some technicality (e.g. the absence of a number or other important marking), the Postal Order turned out to be invalid. If, on learning about this, you returned to the Post Office in search of a refund, only to be advised that you were out of luck because you had not challenged the validity of the Postal Order at the time of the transaction, you would be outraged – and with good reason.”

The “good reason” for this sense of outrage is only partially a natural indignation at being the victim of an apparent fraud (though the layman is hardly to be expected to identify whether or not a crime has been committed). But also partially – and this is far more important – because clearly something unfair has taken place; i.e. having paid £10 for a document worth no more than the paper on which it was printed – a document lacking validity, just as the WYP FPNs lacked validity.

This, alone, renders WYP’s position untenable. Their position in manifestly unfair. The error was theirs; fairness dictates that they must stand accountable for their error. Without accountability there can be no fairness.

We do not accept anything less than fairness from the public body we pay “to serve and protect” – for the simple reason that unfairly retaining half-a-million pounds of motorists’ money offers us neither service nor protection. We are entitled to accountability. It is the core function of every Police Force to serve us by protecting us from crime – including the crime of Fraud by False Representation, yes; but also to protect us from a manifestly unfair corporate edict. And to stand accountable when they fail in that function.

So I appeal to the Chief Constable once more, to her sense of fairness – for if she cannot (or will not) be fair, then she will have taken a giant step towards showing herself unfit to preside over a Force fit to police West Yorkshire. Because fairness, in my view, is a prerequisite of fitness for public office. Fairness and, equally so, compassion.

But if the Chief Constable can find a fair resolution, she will travel along way down the long and winding road that leads to a restoration of public confidence in her Force.

Granted that the monies paid in settlement of the ‘fines’ have passed into the hands of the Court and, on those grounds, refunds are not technically within the gift of the West Yorkshire Police, there is one way (at least) in which a rapprochement between WYP and unfairly ‘fined’ motorists (indeed, motorists in general) could be achieved.

Why not (commencing 1st January 2016) declare an “Amnesty”, applicable to the recipients of the first 16,000 FPNs (or £485,000 worth thereof – whichever is the greater)? An imperfect redress, to be sure; but redress for all that.

In this way, the Chief Constable could look motorists in the eye and say:

“Okay. We screwed up. We admit it. We served 16,000 FPNs in error. We are sorry. We will not repeat our error. As an article of good faith, we offer this Amnesty because we are determined, above all, to be fair, and to be seen to be fair“.

In my view, that would be a fair enough outcome.

The Chief Constable could even include a message to that general effect within each voided FPN.

Think about it. A £½-million gesture of seasonal goodwill that would cost the Force virtually nothing but the printing!

What a wonderful PR opportunity!

[Memo to CC Dee COLLINS: This is a hundred grand idea, Dee, but you can have it for absolutely nothing – with my compliments.]

Perhaps the Police & Crime Commissioner for West Yorkshire, Mark BURNS-WILLIAMSON (pictured right, above – and below), will exercise whatever influence he retains to intervene on the part of fairness and accountability. I hope he will. He may welcome, of course, the concomitant feel-good effect as he moves towards his May 2016 re-election . . . 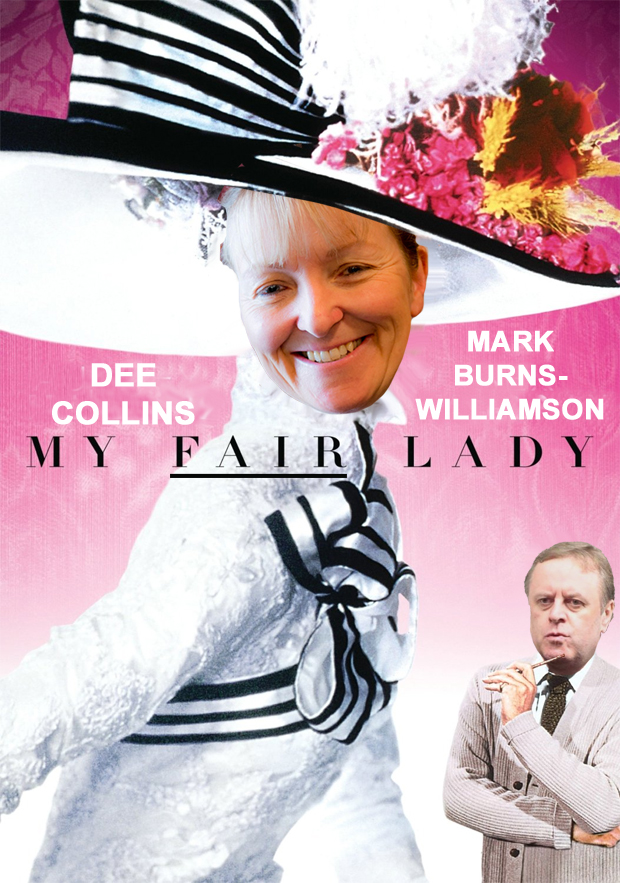