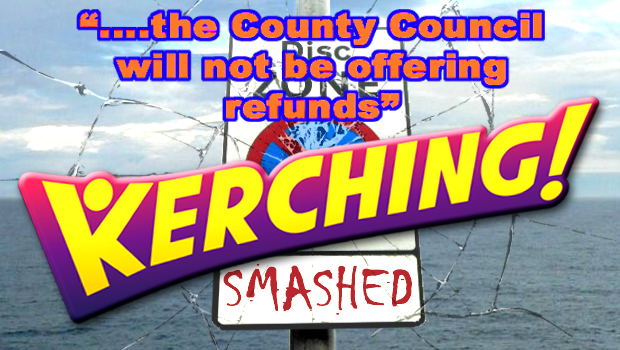 On the 22nd December 2016, North Yorkshire County Council (NYCC) and Scarborough Borough Council (SBC) released a joint statement regarding a judgment made by the UK Government’s Independent Parking Adjudicator, the Traffic Penalty Tribunal. The Tribunal ruled on December 9th 2016 that Scarborough’s residential parking zones, implemented in 2002, were “an inelegant mess” and consequently “unenforceable“.

The adjudicator’s role is not to rule on the legality of controlled parking zones and there is no binding system of precedent relating to the decision of an adjudicator. Individual decisions are at the discretion of the adjudicator dealing with a particular appeal on the facts relevant to the matter before them.

For this reason, the County Council will not be offering refunds and has instructed Scarborough Borough Council to continue to enforce the restrictions on its behalf.

Have a look what arrived in my post-Christmas post:

The £150 I was forced to pay for two PCNs has winged its way back to my account. Kerching!

The SBC & NYCC Highway Robbers didn’t want to fight those particular cases any longer and decided to refund the PCNs. North Yorkshire County Council might not be offering refunds, but Scarborough Borough Council appear to be giving them out without asking.

No news from the Tribunal regarding the other cases NYCC/SBC have appealed yet. As soon as that appeal has been dealt with, it will be time to start the county court cases to drag PCN and Permit refunds out of the councils.

A few guides have been updated in order to help make the PCN appeal process easier.

Remember, these guides are tailored for receiving PCNs whilst legally parked in an on-street parking bay within a residential zone in Disc Zones in Scarborough, Whitby, Harrogate and Knaresborough.