My dispute with Scarborough Borough Council (SBC) and North Yorkshire County Council (NYCC) with regard to Scarborough’s Residents’ Priority Parking Zone has resulted in a decision which has clarified the situation.

I will explain the situation further so you can better understand it.

In 2002, SBC created a Priority Residents’ Parking Zone by way of a Traffic Regulation Order (TRO).

In 2011, due to the number of changes made since 2002, a new TRO was drawn up by the councils to consolidate all those changes. NYCC also took over control of the Highways from SBC at this time.

In July 2012, the councils lost case YN05161J which proved that the signage in the Scarborough Residents’ Parking Zone was inadequate and that PCNs were unenforceable.

In March 2013, the councils removed the majority of references to Residents’ Parking Zones from the TRO to make the current signage legal.

In evidence to the Tribunal, the councils have admitted mistakes in the 2011 TRO. The councils consequently lost case number YN05161J due to those mistakes.

In reply to appellant’s points 2 and 9, the current 2011 order does not state the Disc Zone is for priority residential and disc parking, although the appellant claims that this is the case. The 2011 order contained wording to that effect. In July 2012, an adjudicator made a ruling (case number YN05161J) in respect of the 2011 order. As a result of this ruling, the 2013 amendment was produced to rectify this.

Despite repeated complaints from residents, none of the incumbent councillors, SBC or NYCC, appear to have lifted a finger to fix the long term parking problems their residents have had to endure.

It gets worse. In July 2012 the councils lost case number YN05161J and in March 2013 they ‘fixed’ the TRO. Between those dates, and knowing full well that PCNs issued in the Residents’ Priority Parking Zone were unenforceable, what did the councils do? 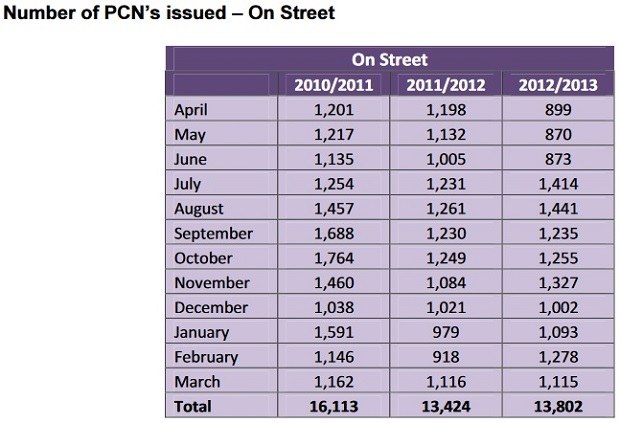 The councils continued to hand out PCNs within the Residents’ Priority Parking Zone knowing full well they were unenforceable.

I wonder which Senior Council Officer made the decision to continue handing out PCNs?

Why do these public servants think they can flout the law?

The current situation is that PCNs handed out in the now abolished Residents’ Priority Parking Zone are possibly legal. If I want to challenge that ruling, I will need to go to the High Court and initiate a Judicial Review. I’ve got a couple of months to work out what to do.