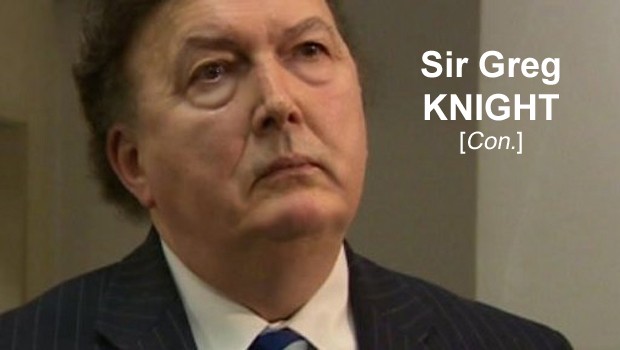 “Net Migration Rate” (also known as the net immigration rate) is defined by The Law Dictionary as follows:

In the UK, it is the Office of National Statistics (ONS) that publishes the official figures for net migration.

The published figures account for the twelve months up to each successive date of accounting. Estimated net migration figures are usually published within a couple of months of the accounting date but the precise figures take a little longer.

Readers will recall that the Conservative/LibDem coalition led by David Cameron came to power following the May 2010 general Election. The Prime Minister promised to reduce net migration to below 100,000 during the his five year term of office.

According to the ONS:

298,000 is a unexpectedly high figure, remembering that, in 2010, the Prime Minister promised to reduce net migration to below 100,000 during the his five year term of office. This he has failed to achieve by a factor of almost three.

Sir Gregory “Greg” KNIGHT [Con.] has served as the Member of Parliament for East Yorkshire since 2001.

He is presently campaigning as the Conservative Parliamentary Candidate to retain his seat in the House of Commons in that same constituency.

On the subject of net migration (or immigration) – perhaps the single most contentious issue of the present pre-election debate – the reverse side of Sir Greg’s campaign leaflet “Working Hard For East Yorkshire” makes very interesting reading: 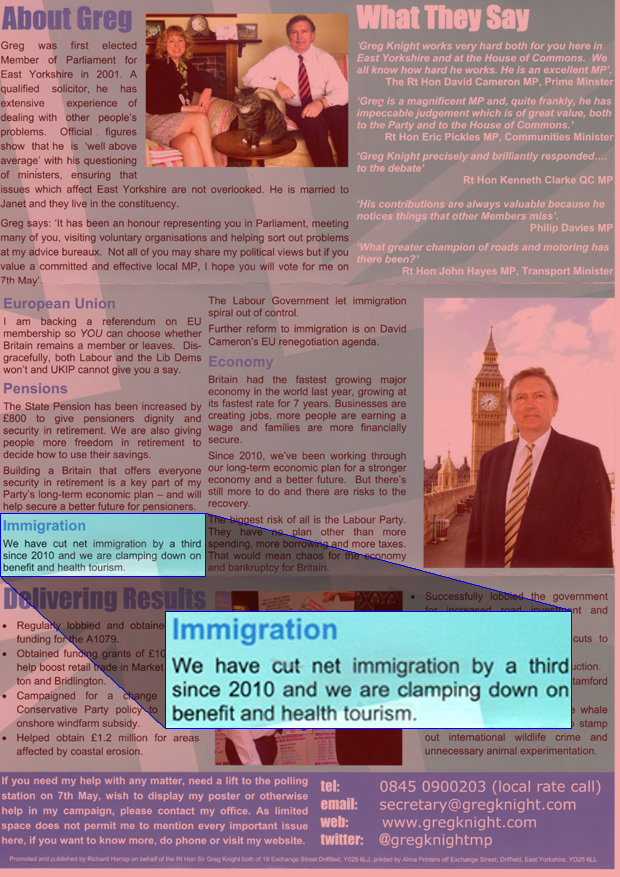 It is to be hoped that Sir Greg will now take steps to recall his FALSE claims on net migration; to publish a correction in the various East Riding newspapers; and to apologise to his constituents for having so wildly misinformed them about his Party’s true record on net migration.

It is never easy to retain any respect for a man who seeks public office but hides from accountability when caught out misleading voters. Perhaps Sir Greg KNIGHT [Con.] feels that with a majority of 13,486, it really does not matter that he has been caught out making a self-congratulatory FALSE claim.

I have written to Sir Greg, offering him an opportunity to comment.

He responded ten minutes before my press dead-line:

Receipt is acknowledged of your Email, the contents of which are noted.

With regard to your comments, I refer you to:

If you have any reason to doubt this information, I suggest you contact the Chairman of the Conservative Party.

As the author of six books dealing predominantly with political quips and insults, Sir Greg KNIGHT [Con.] has missed a rare and golden opportunity to flash off his self-vaunted way with words – arguably (perhaps inevitably) of a higher order than his way with numbers.

It would appear that Greg Knight is relying on figures two years out-of-date.

On the subject of misrepresenting the figures, I wonder if he is the only Con?

What if Greg KNIGHT’s misinformation on net migration has been propagated nationwide and every Conservative Prospective Parliamentary Candidate in the country is trotting out the same misinformation?

Let us take a look at the Conservatives’ web-site – the information that Greg Knight is choosing to rely upon: 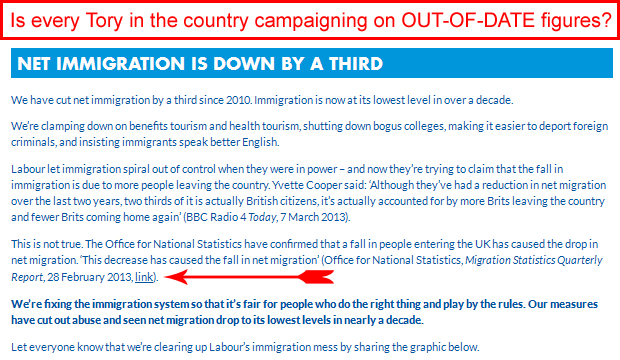 Of course each candidate is personally responsible for the factual truth of the information included in her/his electioneering leaflet. That is why each leaflet must include the name of the publisher and the printer – the so-called “Imprint”.

I may be wrong, but I seem to recall that the Tories are big on personal responsibility, so I look forward to seeing Robert GOODWILL’s leaflets. His Scarborough office was unable to provide one of his leaflets yesterday.

Perhaps his leaflet artwork is presently being amended? 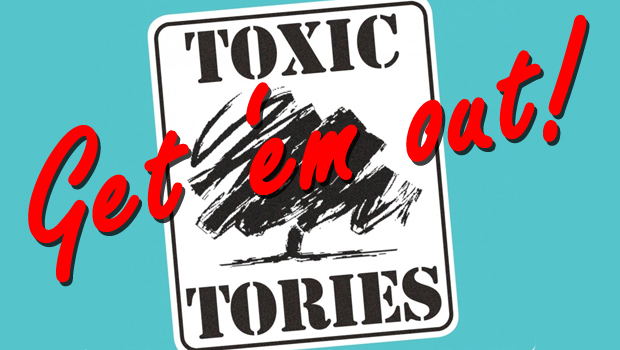