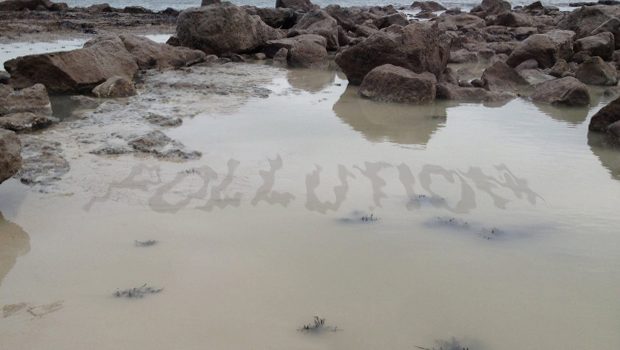 A Guest Author article by Bob ROBERTS (who has been investigating the causes of the poor water quality in Cornelian Bay – and now Scarborough South Bay – for some years), responding to a ‘Briefing Note’ published by Scarborough Borough Council’s Portfolio Holder for Project Leadership, Harbours, Coast and Flood Protection Councillor Mike COCKERILL [Ind.].

Readers will recall, from a recent NYE article, that Scarborough South Bay’s bathing water rating has been downgraded from ‘Sufficient’ to ‘Poor’.

A ‘Briefing Note’ was issued by Councillor Mike Cockerill recently – a welcome display of openness and transparency on behalf of SBC which I would hope continues, though as yet it is, quite obviously, merely an exercise in damage limitation (if not crisis management) with regard to how SBC hold themselves to account in relation to their failure to appreciate the issues at stake: the environment, the threat to the fishing industry, public health – and, of course, the wakening moment for SBC – the threat to tourism.

The 929-word document, issued by Councillor Mike Cockerill has very little by way of substance. I’m advised that it was not written by the Portfolio Holder himself, but by the SBC Communications Officer Gabrielle Jandzio.

The ‘Briefing Note’ (shown at the foot of this page), however, paints a different picture from the realities of the issue to hand. It does make mention of the area from Jackson’s Bay to Cayton Bay, both of which enjoy excellent water quality, yet it appears that despite them enjoying  “Excellent” water quality, both appear to downgrade the South Bay water quality to “Poor”. This becomes even more obvious when looking at the beaches within the Borough in graphical form (see attachment).

Of course, Scarborough’s South Bay is quiet unique and, as most of the population of Scarborough are aware, there exists a pipeline dedicated wholly to discharging effluent waste from the McCains potato processing plant situated in Cayton. Many residents of Cayton and Osgodby are only too aware of from the smell of rotten eggs, indicative of the existence of the highly corrosive hydrogen sulphide gas (H2S). The failure of the pipeline, in December 2012, subsequently exposed how the effluent impacts upon the marine environment and how the discharge contents subsequently devastated the shoreline of Cornelian Bay and beyond.

However, what is not known to the general public is the sheer volume of effluent waste being discharged which, as a minimum, is 3,800 to 4,000 tonnes  DAILY and discharging into the sea at a kilometre or so from the Castle Headland. Would we allow up to a hundred 40-tonne road tankers dumping this waste from the Marine Drive?  It seems the Environment Agency, with no objection from its sister agencies – the Marine Management Organisation (MMO), the inappropriately named North East-Inshore Fisheries Conservation Authority (NE-IFCA) and Natural England (NE), all part of DEFRA.) (imagine 100 x 40 tonne tankers discharging from the Marine Drive daily, amounting to 1.4 million tonnes annually) appears if not to oppose, then to condone this discharge of effluent waste.

We should ask if this would be permitted off the coastline of Devon or Conwall? I doubt it very much. It would be considered entirely unacceptable. I am also sure that if so, then questions would be asked in Westminster. It seems, though, that the Yorkshire area senior management within the Environment Agency appears to take a different stance on pollution to those in the highly visible south west of England.

Scarborough’s South Bay has suffered two ruptures of the pipeline, described as Level 3 incidents (Level 4 is the lowest) and now we have evidence of banned substances. To-date no enforcement action has been taken.

As a member of the public, from my perspective, with the responses and evidence of the issue as  gathered over the years, I find it very easy to arrive at the conclusion of indifference to the problem, at best – if not collusion, at worst – within the higher levels of management (at the Environment Agency) with Yorkshire Water, who until recently held the consent to discharge. The consent is now under review. I do, however, remain to be convinced of the potential for any significant changes in the renewed consent to be issued in 2017.

Much of the effluent is potato starch. To date, there is no definitive evidence of the impact of potato starch on the marine environment, there is plenty of evidence however of the effect of 1,2,3-Trichlorobenzene and 1,3,5-Trichlorobenzene both of which are banned substances under EU legislation.  In June of this year, the  Environment Minister Rt. Honourable George Eustice MP, in a ministerial reply to a query with regard to South Bay water quality’ stated:

“The results suggested that 1,2,4 Tricholorbenzene was present at potentially significant levels.”

The minister also goes on to state:

“It found that the levels of certain bacteria in the effluent were sometimes significantly higher than had previously been observed. Yorkshire Water has done some modelling with these higher levels of bacteria which suggests that if these recent measurements are typical, then the effluent could be having a larger effect on bathing water quality than was previously anticipated.”

Another element known to discharge is ammonia, a corrosive material.  Even back in 2009, ammonia levels were observed to have jumped considerably according to a scientist from the Marine Stewardship Council who  analysed  the data sets.

Councillor Cockerill places great emphasis on the Yorkshire Bathing Water Partnership (YBWP). This group boasts having a “Risk-based approach to tackling water quality”. More smoke and mirrors, it would seem, very much like the ‘Briefing Note’ on which  Councillor Cockerill, in his role as Portfolio Holder for Coastal Protection, claims to have been working on.

With regard to YBWP, just 13 months ago the Marine Management Organisation (MMO) who, as part of DEFRA, is the agency to licence construction projects within UK waters, published a Public Notice in the local press. The Notice was to announce the proposed installation of the replacement pipeline and invited any opposition to the application made by YW.

I would ask, therefore, if the Yorkshire Bathing Water Partnership undertook its own risk assessment, or indeed was any scrutiny at all applied to that proposal by the YBWP – or even SBC? It appears only now with the tourism industry of Scarborough and Yorkshire being the monkey on the back of Councillor Cockerill and indeed the entire council is SBC acknowledging the problem.

I would suggest Crisis Management if not Damage Limitation. That damage limitation may, however, be too late for some aspects of our marine ecology.

Only one objection was received by the MMO for the proposed installation of the pipeline. This was submitted (26th November 2015) on behalf of local fishermen and also on behalf of the tourism industry which have been severely let down by the YBWP. The letter of objection is attached and is/was entirely prophetic

I am given to understand, from within SBC, that the CEO of Scarborough Borough Council has had what are described as “multi-agency meetings” on this topic; presumably this includes the EA, the MMO, and Natural England, since all these agencies are party to the consent to discharge from the pipeline, within DEFRA.

“Exceptional circumstances” are cited for the spikes in the recorded data indicating high levels of bacteria.

Indeed, there were exceptional circumstances – i.e.  that the resumption of the discharge through the newly installed pipeline also commenced in June, just when the high levels of bacteria appeared, and on through until the end or the testing season.

My understanding of the regulations is that there is no appeals process with which to challenge the EA results; they are what they are.

It is a similar situation to complaining to an MOT Test Station when a  car fails its MOT; it’s the car that needs fixing, not the test results changing. It’s likely, then, that bathing water quality rating will remain at “Poor” until the end of 2017, even if the quality were to improve. If not, then who knows – since the new location of the effuser discharge head pipeline could have an adverse affect on the North Bay too and now, possibly catching a tidal influence, may leave the South Bay exposed more than ever.

Finally, all the Councillors and some Officers knew of this potential problem and have known for some years. I have met with some and they know who they are. Some say they don’t understand the issue; others simply seek a quiet life and remain silent about this yet another “elephant in the room”.

Yorkshire Water are simply carriers of the effluent from the top of Cornelian, where there are no facilities for treatment, and they are unlikely to provide any filtration of any kind. The problem, fundamentally, rests with McCains; how they are dealing with the effluent and how they come under scrutiny by DEFRA, its agencies and SBC.

Yorkshire Water is part of the KELDA Group (owned by HSBC and Citibank) and reported a £249 million operating profit for 2014/15.

Bottom line is this; SBC were made aware of all this some years ago and have failed dismally to intervene or even appreciate the issues at stake, either to tourism – or, more importantly from my perspective – the effect of this discharge upon the marine environment. 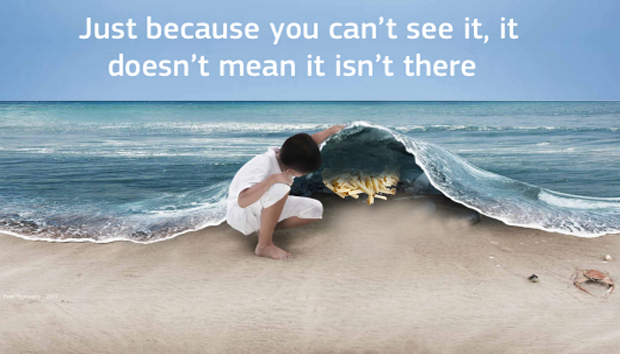