Guest Author BOB ROBERTS of Scarborough identifies the fundamental problem facing the Borough’s Harbours in Scarborough and Whitby. (This is the full article – not the abbreviated version published as a letter in the Scarborough News and the Whitby Gazette).
~~~~~

Reading between the lines of last week’s Scarborough News coverage of the “call in” of the Council’s Scrutiny Group Report, it is obvious that the Portfolio Holder for Harbours doesn’t like what the Report divulged and is obviously unfamiliar with the concept of what a Scrutiny Group actually does, and how it expedites its agenda.

Surely, the Group is an independent body tasked with ascertaining, in this case, the needs and requirements of the fishing industry, free of interference from the Portfolio Holder who (it would seem) feels incapable of not interfering and incapable of accepting the findings. I wonder if colleagues, or even Council Officers, have advised the Portfolio Holder of how a Scrutiny Group actually works? Maybe that did happen, but was ignored.

For those who are only too aware of Councillor Cockerill’s utter contempt for the consultative process and, as such, the democratic process, this comes as no surprise whatsoever.

With regard to Scarborough Harbour, there has been absolutely no discussion, no engagement and no consultation with any Scarborough fisherman for around 4 years now on how the Harbour is to move forward in line with taking advantage of the opportunities that have been ongoing for a number of years. The opinions and “understandings” (if that’s what they are) of the Portfolio Holder are entirely based on his own assumptions and on what he thinks the Harbour needs, rather that what the realities really amount to.

Obviously, Whitby has suffered from a complete neglect of Harbour infrastructure over many, many years. Likewise, Scarborough. Whitby Piers issues have been well documented and challenges are underway I believe to challenge how Scarborough Borough Council, as custodians of harbour assets, have been maintained and managed over the years.

Scarborough suffers similar issues with its piers and buildings receiving only crisis maintenance and then only at the last minute when costs escalate because of the severity of the decay and neglect that contractors face when trying to remedy issues that have gone almost beyond repairable. Whitby Piers is a classic example of this, as Mike Ward has pointed out, and as time passes is deteriorating further.

In terms of Scarborough, we have a unique Listed building (featured above), with a history going back to Scarborough in its heyday as a herring port, showing the abject neglect under the tenure of SBC. The scaffolding supporting the balcony has been in place for approaching 4 years with no signs of any immediate remedial work taking place. Back in 2010, SBC had a serious opportunity to progress a regeneration of West Pier; but failed to follow it up. Undoubtedly, these former offices – symbols of what Scarborough once represented as a vibrant commercial port – will be allowed to decay to the point that demolition is the only option available. It is to be hoped Whitby Piers will fare better.

The recent consultation undertaken by the SBC Scrutiny Group has brought to the fore the potential that Scarborough as a port can, could and should achieve – if supported and supported well. Obviously, this potential comes as no surprise to fishermen who, on a daily basis, take to the seas with far more optimism and foresight than the Council could ever hope to possess. Optimism is something that fishermen genetically share, even to the point of one group of owners naming their boat “Optimistic”. If not; they would never go to sea.

In a discussion with one Councillor, he was amazed to learn that Scarborough, on a regular basis, exports live shellfish to the Far East, packed in such a way as to arrive as fresh as the moment they were landed. Obviously, the Far East is not in the EU and, as such, the problems and issues of exporting outside the single market have been successfully overcome. As a consequence, that £4.5 million in quayside prices probably transforms into £25 to £30 million pounds by the time it is consumed at its final destination.

Where we do have a problem (and  this has been the case for some  time) is the lack of investment in infrastructure maintenance. And this while Harbour revenues have been increasing and have been siphoned into the SBC central fund. A classic example is the  £180,000 to provide public toilets on the Vincent Pier under the guise of Harbour developments.

Over the last decade or so, since the decline of whitefish landings and the emergence of shellfish – a reversal of the traditional role of shellfish being regarded locally as a cottage industry – to its present pre-eminent position (certainly outside of Scotland) within the UK fishing industry.

Scarborough, for its part, has seen absolutely zero investment in infrastructure in the last 10 years, apart from two landing davits which break down on a regular basis. These were heralded as a resounding success by the Portfolio Holder.

West Pier suffers issues similar to the Whitby Piers, with voids and cracks appearing throughout. And we now, with climate change, see over-topping when big tides coincide with storms. This was unknown up until a couple of years ago and consequently (and quite obviously) is unlikely to have been factored into SBC’s plans for tourism enhancements on West Pier and North Wharf.

Finally, surely someone somewhere recognises that, after 9 years as Portfolio Holder, nothing has come of that tenure other than him having presided over complete neglect and decay in Scarborough and  also Whitby. What we need to make the ports a safe and efficient environment and IF the ports are to progress is to have someone as Portfolio Holder who is interested; able and willing to communicate and a evolve a degree of vision and enthusiasm for the task in hand. The present Portfolio Holder has none of these qualities, it is very sad to have to say. 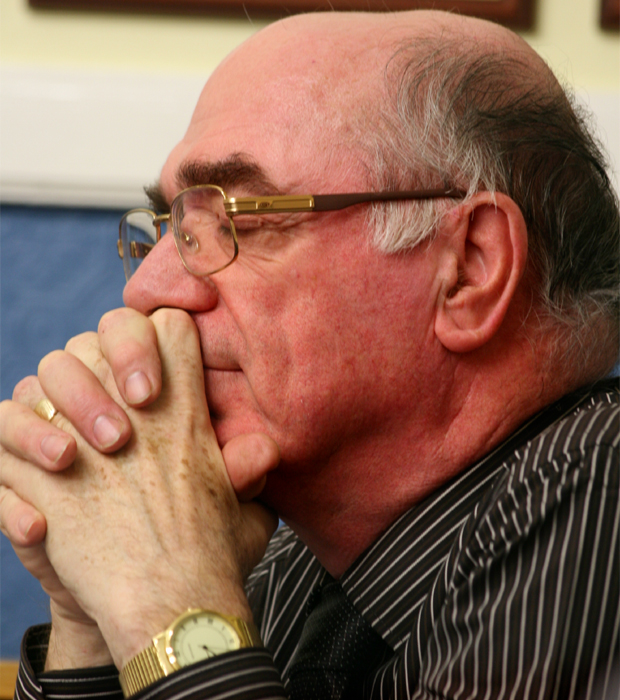