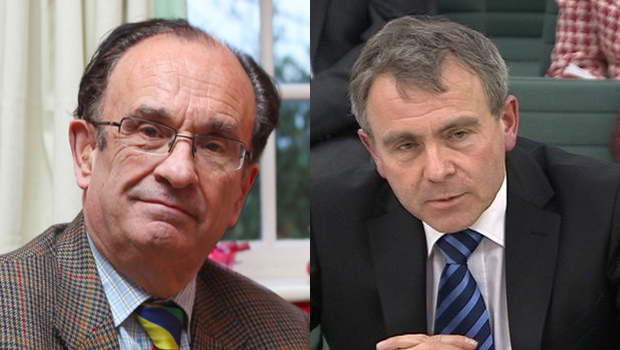 On 16th February 2016, former Chair of the Eskdale School Board of Governors Mike WARD published a “An Open Letter/Email to Robert Goodwill MP”  here on the North Yorks Enquirer.

Robert appears to have side-stepped Mike’s question regarding the fence-sitting position adopted by the Conservative County Councillors who represent electors in the Eskdale School catchment area:

. . . all of whom seem to have pledged their allegiance not to the electors, whom they are duty-bound to represent, but to the long-standing aims of their (Conservative-dominated) County Council Corporate Director: Children & Young peoples’ Services – Mr Pete DWYER.

And now for Robert’s response:

Thank you for your email dated 16 February regarding Eskdale School.

I do take on board the points you make but would encourage you to engage with the locally elected County Councillors in the area who I know are keen to represent the views of their constituents and ensure that whatever decision is finally made with regards to secondary provision in Whitby, it is one that is both affordable, deliverable and able to provide the very best educational opportunities for our children.

It is interesting to note that many of the same people campaigning to save Eskdale School are those who campaigned against more housing development in the area and indeed, the two are not unlinked given that the problem the Council are trying to address at the moment is the problem of surplus places in Whitby which of course has been allowed to happen over the years as more and more property is turned over to retirement homes, second homes and holiday cottages.

Thank you very much again for writing and I know that your views represent many people, particularly those who are parents at Eskdale School.

Mike’s response to Robert GOODWILL of 28th February is reproduced below:

Thank you for your reply which I assume in this case is not confidential.

Residents might expect to know where our 4 local Conservative Councillors stand on such a key issue.

In any referendum/consultation, politicians normally come down on one side or the other of the fence but in this case they are simply sitting on it.

I would be extremely interested to know how you reached that conclusion. Obviously the area is relatively small so indeed there may be some who supported both campaigns, but ……. !

Where we do agree is that secondary provision in Whitby has to be  affordable, deliverable and able to provide the very best educational opportunities for our children.

This is why I am so frustrated in seeing NYCC refusing to move from their preferred option of one 11-19 School.

The consultation is flawed as they are unwilling to even consider alternative options.

They are intent on subsidising provision which, given their own facts, is not sustainable in the medium to long term.

I would hope you might be able to persuade everyone involved that the best course of action is an independent enquiry.