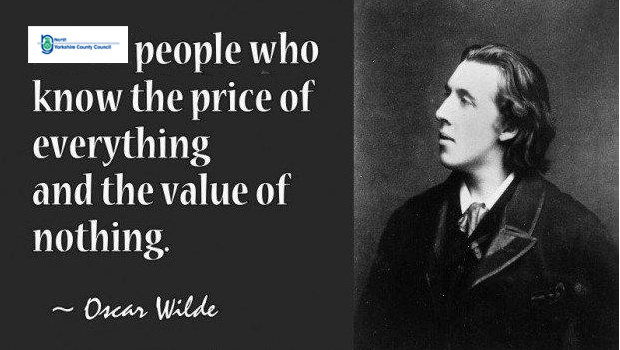 A Letter to the Editor from Scarborough Borough Councillor Rob BARNETT, elected member for the Streonshalh ward, in which Eskdale School and many of its students/parent/teachers reside. Rob taught in East London for four decades.

Re Proposed closure of Eskdale School-Whitby

I read with great interest your article about the proposed closure of Eskdale School. My interest is twofold, firstly as a newly elected Borough Councillor for Streonshalh Ward, in which Eskdale forms part of a vital community facility, and secondly as a retired teacher who has spent 40 years at the chalk face.

As far as my Councillor hat is concerned, I am staggered by the lack of thought, reason, and professionalism which forms the background to this decision. The lack of due process is insulting to children, parents, staff and the wider community. Having attended and spoken at the last two meetings of the Whitby Town Council, both of which have been populated by huge numbers of angry, articulate and deeply concerned people, I am now deeply aware of the importance of Eskdale to the local community. I would go so far as to say that it is vital to the wellbeing of the local and wider communities.

What has become of the Well-being Agenda?

I am pledged, as a Councillor, to do what I can. I am also dismayed by the lack of interest shown by local County Councillors Plant, Chance and Swiers. Their absence and lack of voice speaks volumes. Is it a done deal that they are party to? Do they not have a duty to at least listen to their constituents? Are they unable to justify an imminent decision taken under their watch at County Hall?

Shame on them! But the struggle must go on.

Wearing my other hat as a dedicated teacher, who enjoyed every minute in the classroom, I took the opportunity to visit Eskdale School. In all my years, I have not come across a more welcoming, busy, purposeful and fit for purpose educational environment. Furthermore, I would suggest that my longevity in the classroom gives me the experience and ability to pass such judgements. I cordially invite Messrs Barker and Dwyer to accompany me on my next visit. They seem to have lost sight of a few key elements. Firstly, every child is some parents’ “crown jewel”, secondly we deal with people not profits and land grabs. Balancing the books is easy if you ignore the devastating impact of your actions. They seem to know the price of everything and the value of nothing. Just as a footnote to my visit, I was accompanied by my partner, who is a retired teacher of nearly 40 years’ experience. She was so impressed by the school, its students, staff and ethos that she has offered to volunteer. Surely that speaks much louder than any formulaic ticks or crosses on the deeply flawed OFSTED check list.

Finally, I commend Whitby Town Council for taking a very proactive interest and stance on this issue. I would also urge people to view the web cast of the last Town Council meeting. I defy anyone not to be moved by the footage.

This is a campaign that the people of Whitby must win.