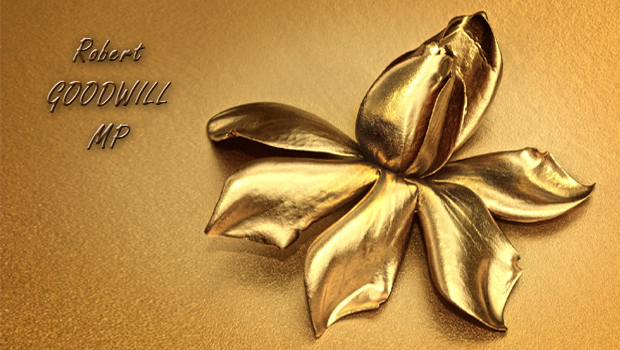 The Governors of the York Teaching Hospital NHS Foundation Trust (YTH/FT) convened a public meeting on Wednesday 10th June 2015 at Malton Hospital – with not one single member of the public in attendance.

Reportedly, some interesting comments were exchanged in reference to the veracity of certain statements made by Robert GOODWILL MP [Con.] (Scarborough & Whitby) in his campaign leaflet for the recent Parliamentary Elections which, in my view, merit the attention of a wider public. 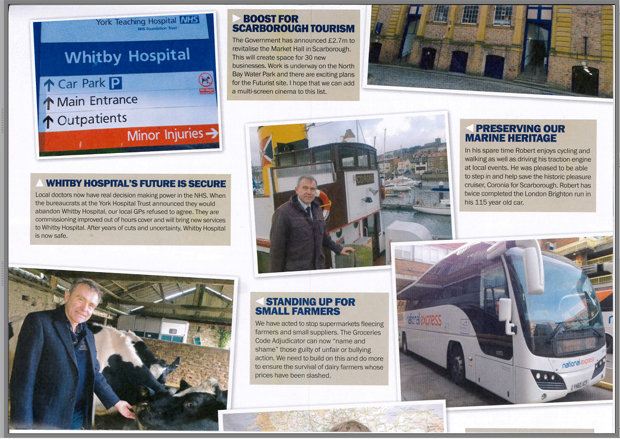 Speaking purely personally, David WHEELER (Public Governor for Scarborough) had this to say:

Andrew BUTLER (Public Governor for Selby) threw down the gauntlet with the following remarks:

Here is a close-up of Robert GOODWILL’s remarks regarding the NHS, with the two contentious sentences highlighted: 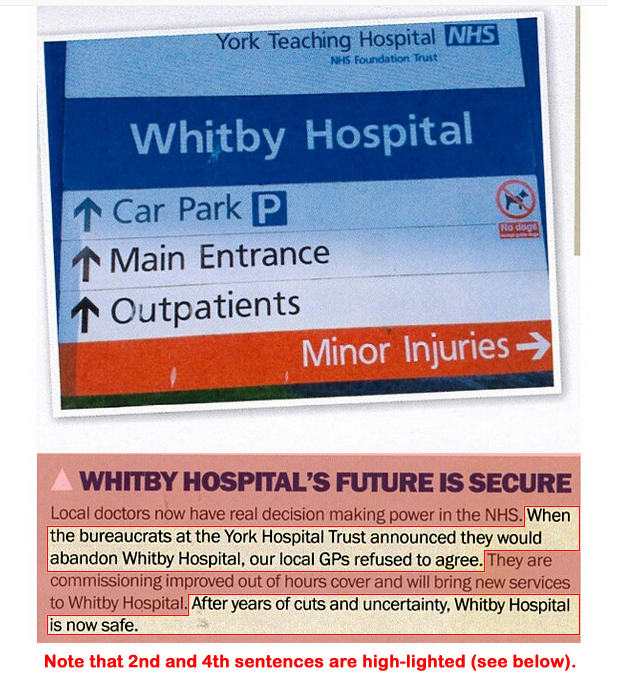 At Wednesday’s meeting, Andrew BUTLER raised the matter of these claims with Mike PROCTOR, Deputy Chief Executive at York Teaching Hospital NHS Foundation Trust, who said that he had written to Robert GOODWILL about this because the second sentence was factually inaccurate:

For clarification, I have lodged an FOIA request for sight of Mike PROCTOR’s letter to Robert GOODWILL MP.

The allegation would appear to be that, in the first case, the Trust had not chosen to abandon Whitby Hospital as Robert GOODWILL claimed; rather, it was a decision of the GP-led Clinical Commissioning Group (CCG) to put Whitby Hospital out to tender; and, in the second case, it was also the CCG that had subsequently awarded the contract to Virgin, securing the future of Whitby Hospital for only so long as that contract holds good.

Responding to this exchange of information, Mike BECKETT (the Appointed Governor representing the Voluntary Sector) pointed out that he himself had publicly corrected Robert GOODWILL on these very issues at hustings preceding the General Election (in which Mike BECKETT was the Prospective Parliamentary Candidate for the Liberal Democrats).

He went on to state:

So there would appear to be little doubt that Robert GOODWILL’s pre-election claims were substantively untrue – which brings us back to Andrew BUTLER’s very pertinent observation:

Perhaps he will; but, on past form, I would regard it as highly unlikely. I will be watching the local rags.

Regular readers will recall that another ‘Toxic Tory’, Sir Greg KNIGHT MP [Con.] (East Riding), also included factually incorrect information on his electoral leaflet, claiming that the Conservative Party had reduced annual net immigration by one third during the past five year Parliamentary term when, in fact, it had risen by 18.25% from 252,000 to 298,000 (to September last year).

Pure hogwash – but that is what the great British electorate have chosen to accept.