Following publication of my article entitled “Can We ‘Trust’ The York Teaching Hospital NHS Foundation Trust?” (published 13th July 2015 and already prominent in Google search), I have received from Head of Communications Lucy BROWN, on the day following the expiry of the second of two press deadlines, what probably amounts to the fullest explanation of this extraordinary knot of contradictions that we are ever likely to see.

I reproduce, below, (annotated in square brackets – in a smaller bold blue type – with my personal interpretations) the email sent to me by Head of Communications Lucy BROWN – an inadequately contrived white-wash on behalf of her bosses patrcik CROWLEY and Mike PROCTOR at the York Teaching Hospital NHS Foundation Trust). 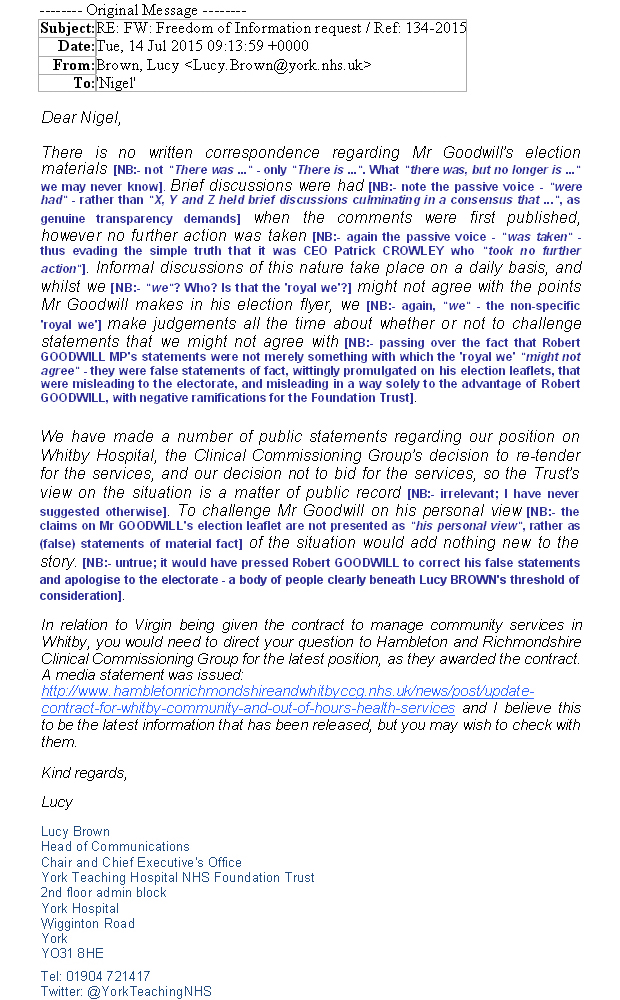 Lucy thinks we were all born yesterday. Not so.

In my view, Lucy BROWN (salary circa £50K p.a. – extrapolating from a recruitment advertisement for an equivalent position with another Foundation Trust) has made a very mediocre attempt at covering for CEO Patrick CROWLEY (£195K p.a.) and Deputy CEO Mike PROCTOR (circa £130K p.a.), under whose purview Scarborough Hospital plunged into a Major Incident crisis (unable to cope with demand) earlier this year.

If one includes pension contributions and other perks, between the three of them they are probably absorbing close to half a million pounds a year from the public purse. In my view, the very least that we should expect from them is their honesty and transparency.

How do readers feel about splashing out half a million a year on people whose disingenuousness is so inept that an untrained, unpaid hack such as I can so easily catch them out?

Naturally, I have responded to Lucy BROWN – not that the prerogative resides with me alone – to offer the Foundation Trust an insight into the scrutiny ahead and the phenomenon I call the “Transparency Imperative”:

IN THE PUBLIC INTEREST Lucy, Thank you for your email. It is a matter of deep regret for me that your attempt at an anodyne ‘explanation’ was not forthcoming at first request – over a month (and many emails) ago. Or, failing that, at least in time for either my original press deadline or, failing even that, my extended press deadline, which you have imprudently spurned – in consequence of which, my article has already been published, read and digested by thousands of members of the public (including, of course, members of your own profession). To don the cloak of secrecy is to invite forensic examination. A lesson well learned. The aim of the transparency imperative is to ensure that the humble public (upon whom you and your equally evasive colleagues depend for your inflated salaries and pensions) may scrutinise precisely what it is that you all do with (and for) our money.

Finally, regarding Virgin Healthcare, here follows the information displayed under the URL-link provided by Lucy BROWN: 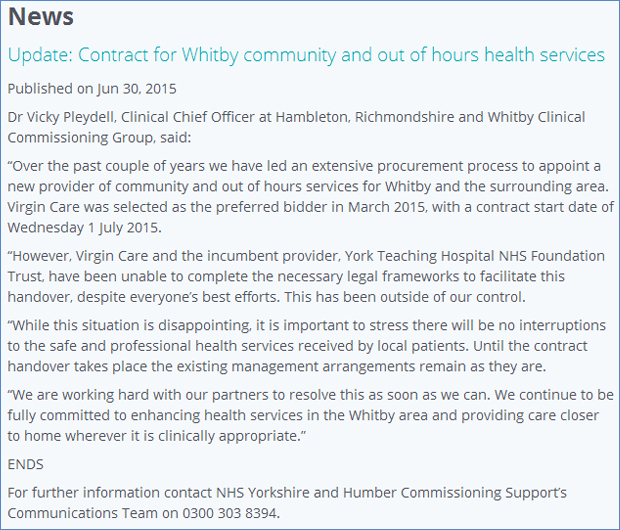 Sources at Scarborough Hospital tell me that no new tenders have been forthcoming.

One wonders why Lucy preferred citing an external source when she could as easily have disclosed the crux of the matter:

“However, Virgin Care and the incumbent provider, York Teaching Hospital NHS Foundation Trust, have been unable to complete the necessary legal frameworks to facilitate this handover, despite everyone’s best efforts. This has been outside of our control.”

So the rumours were true – and the Virgin/Whitby Hospital deal is looking shaky.

So much for Robert GOODWILL and his self-congratulatory election leaflet.

I leave you all now with a small gem of GOODWILLIAN feeble-mindedness:

I wonder how Dave Dee, Beaky, Mick and Titch are doing these days? Are they Tory junior ministers, too? 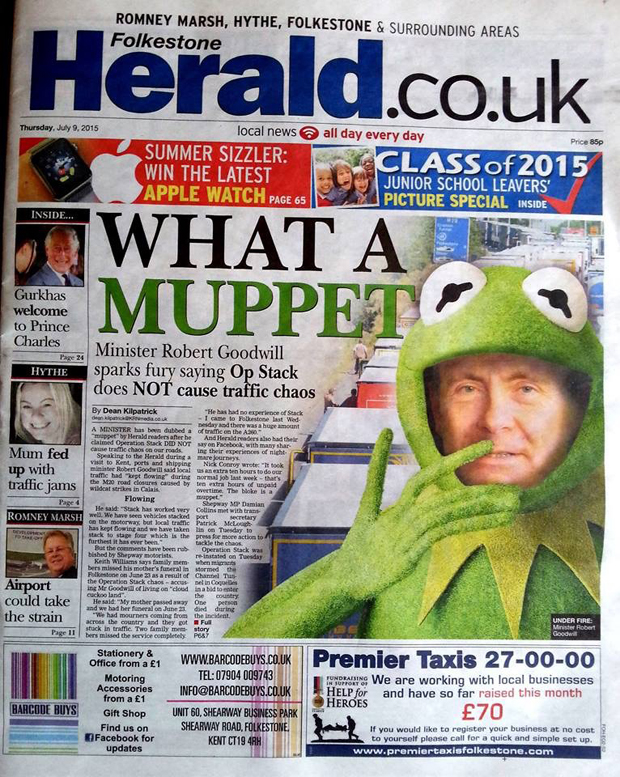