Goodwill, who rents a flat in London at the taxpayer’s expense whilst renting out his own Pimlico flat, now seems to be having a spot of bother keeping his website up to date.

Most folks in Scarborough & Whitby and across Yorkshire & The Humber know that Goodwill is a duplicitous individual after boasting about fiddling his expenses whilst a Euro MEP:

Robert is certainly very dependable. He can always be relied upon to do whatever is best for him and his pocket.

Last year Goodwill was branded a muppet by the Folkestone Herald after making stupid remarks about ‘Operation Stack‘, a procedure used to alleviate problems when there is cross channel traffic disruption. 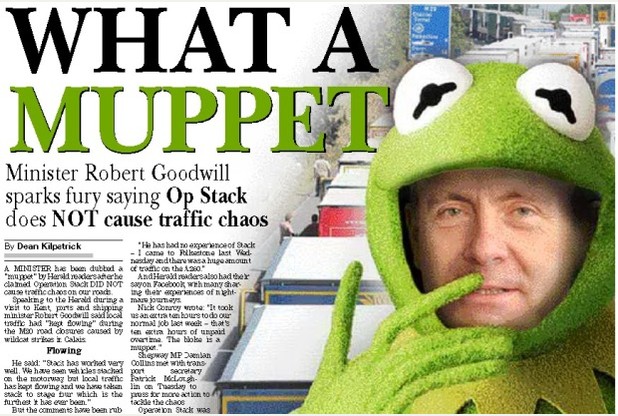 Hands up who thinks Robert is brown nosing to keep his ministerial job at the Department for Transport and he doesn’t have the courage to stand up for what he believes in!