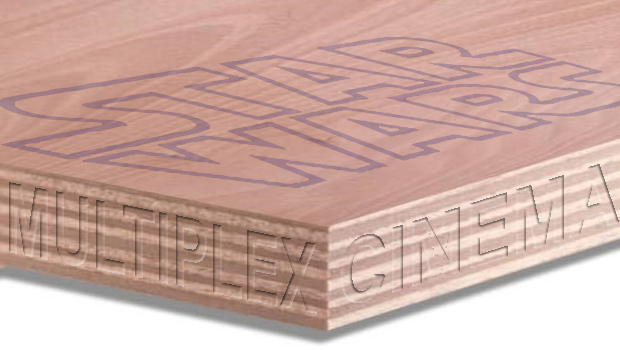 Five years down the line and we are still waiting for the promised Multiplex Cinema.  Many of you will know from my previous articles I have a keen interest in the progress or non-progress of the Sands Development.

It was interesting to see how many Councillors at the Planning & Development meeting last Thursday the 7th November appeared frustrated at the speed at which this was being delivered – and it showed in the way they voted to pass this application despite all its flaws, just to get it moving.

It was stated it is not the best building or not aesthetically pleasing.

The building is huge but apparently it is okay according to the application because it is in a valley.  And it is apparently okay as it is the same size as other applications in town.  But this is not in town!  One of the reasons to support this in the application was comical – apparently because it is 1.1m smaller than the existing Sands flats it would make said flats blend in more with the surroundings!  So that is the idea – keep building apartments, in shorter complexes, disguised as an attraction to make previous monstrosities blend in. Genius!  “And the dummies fell for it” – to quote ‘Honest John’ in Pinocchio.

It was said it is not in keeping with the area.

As stated, it is only in keeping with the adjacent building. This is despite being in a conservation area and going against National Planning Guidelines. Why do we have either of these if Planning and developers don’t take a blind bit of notice?

It has less parking.

With this application there is a significant drop in parking facilities. But apparently the Highway Authority is satisfied that this can be absorbed by existing parking provision in the vicinity. Probably in winter, but I do wonder what will happen in summer.

It is not up to date with energy efficiency levels and could be improved. And car charging facilities are only 13amp.  (i.e. slow)

When this was raised, the Chair, in response, stated that he was sure Officers were up to speed on what is available and what they are hoping to see in future applications. Come on, if they are up to speed then why have they allowed this?

Then there is the Section 106 money.

£800k has been waived by the Council – money which I am sure we could have put to good use.  But why are we making these concessions for this developer? Apparently ‘the traditional economic model for delivering such proposals has involved the profit gained from associated restaurants, especially national chains which subsidise the cinema…

The fragility of this market also has had implications for this application and is the reason that Officers accept that not all s.106 contributions are required. Government policy indicates that viability is a material consideration when assessing such matters and Officers’ assessment of the submitted figures indicates that the predicted profits are well below the normal return.

If this is the case why are there so many multiplex cinemas in operation?

Apparently according to the Benchmark representative at the meeting this is good to go and the restaurants are signed up.

If it is now possible to get restaurant chains interested in this type of development, why would they not be even more interested in a cinema in the town centre where they would get passing trade as well. I think attracting restaurants was an issue in the application before last. Strange how they became ‘interested’ when the number of flats increased. I am not aware of any Multiplex Cinema that has to have a substantial number of flats as well as restaurants to make it viable.

Yet they enthusiastically voted for it.

I know we have been here before and the development has not materialised.  Benchmark’s contract with SBC is up next year.  Council leader, Cllr. Siddons has said recently ‘Just because the latest plans have been approved does not mean this cinema will be built soon, if at all.’  I hope he is right.

We have waited 5 long years, a bit longer is not going to hurt. And isn’t it better to get what we want rather than put up with something that does not tick all our boxes – just because of the time it has taken already. We waited a long time for our State of the Art, World Class Waterpark and one of the reasons it was passed was because of the time it was taking.  But did we get what we expected?

Yes, our youngsters deserve a cinema and York is a long way to go, but I would ask the question: Is this the best we can do?