“The Riddle of The Sands” 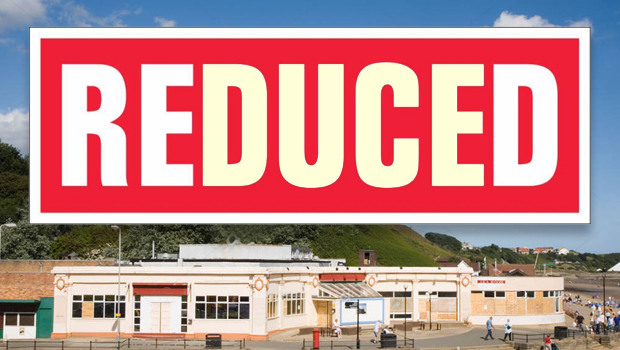 Guest Author ALI WILKINS offers a potted history of the “The Riddle of The Sands”.

The slowness of the development of the North Side of Scarborough caused me to look at just how long this has been going on. I was amazed to find that after 22 years we only have 2 attractions and both have only come about through funding from SBC.

The redevelopment began as far back as 1996 with the ‘Zenith Project’, but nothing really happened until 1999 when there were reports of a £200 MILLION leisure and retail complex with the Sheffield based Grayling Sports and Leisure. But sadly only a year later proposals failed.

Benchmark Properties stepped in with a £90m project in August 2001 consisting of many attractions – including 330 holiday apartments:

August 2003 brought  major changes to the project including plans to restore the OAT:

The scheme became known as “The Sands” project in 2004 and, after false starts, work eventually started in March 2007 with the Corner Café demolition to make way for 100 apartments. Not sure if this would spur things on but Cllr Tom Fox drove the digger!

After building the apartments, new chalets, and refurbishing the OAT, sadly Benchmark got into difficulties.

“The Sands” raised its head again when Roland Duce bought Benchmark out in June 2010.

“This is fantastic news for both The Sands development and the wider borough. Scarborough’s North Bay and indeed the whole area has already benefited hugely from the developments to date and we welcome this move as a major positive step and look forward to working with Roland, who we know well, and believe that he has the experience and capacity to drive through the other phases of the scheme.”

How did we know Roland prior to him buying Benchmark?

Anyway a year later in 2011 a detailed “The Sands” project was given the go-ahead by Council despite a member’s concerns over the recent sale of the development’s freehold, branding it “a betrayal”.

It may be worth noting that the Open Air Theatre was opened by Her Majesty the Queen a month prior to the take-over, yet it was revealed at the meeting:

‘In total, the council was owed £3.27 million by Benchmark for the theatres construction. However, the company has around 90 per cent of the money tied up in the Sands project, so a complex arrangement was agreed by both parties, which would see the company have to pay back £3.07 million by midnight yesterday, with the remaining £200,000 paid back in a year’s time. As of going to press, Scarborough Council had not confirmed that the money had been received.’

Looking at the reports of meetings around this time, the council came to an agreement that it would be wrong to put the remaining Sands Development sites out to tender because it would take a year to set up then a further year and they felt it would hold up the development!

How could this proceed any slower? Putting the remaining sites out to tender in 2011 could have been a much better option. We would have had new developers up and running 2 years before the work even started on the waterpark.

Now we leap on another two years to April 2013 when we were told the Waterpark was ‘finally’ on its way. The then leader Cllr Tom Fox said:

“We are going through a legal process which should then allow an agreement to be put before full council on May 13……we have to come up with a formal agreement that’s acceptable to the developer, the council and the community. “The idea is once the agreement is signed the work can commence straight away.”

Yes ‘on its way’ perhaps, but not as rapidly as anticipated as work did not start until 2015!

August 2016 saw the opening of the Alpamare Waterpark with the spa expected to open in January 2017.

And here we are in 2018 and still no spa, though work is at last in progress. Perhaps each project has to be completed nefore the next can have agreen light. And I thought waterparks regenerated with new attractions every 2 years – ours isn’t even finished.

Since the Council’s partnership with Benchmark in 2001 both major developments other than flats have required money up front from the Council totalling a whopping £12.27m.

We expected so much more from this Sands Development but even since Roland Duce took over 8 years ago all we have is a restaurant and an unfinished waterpark.

Also in the news recently was Benchmark’s plans for a new 107 bed Premier Inn which. Roland Duce stated in an interview with Yorkshire Coast Radio, will provide good and comfortable accommodation for some of the 8,000 expected nightly to attend the scheduled acts at the OAT throughout the summer season:

We have accommodated OAT attendees since 2010, as with all visitors, in good and comfortable accommodation.  We are after all a seasoned resort sporting a vast range of accommodation.

It is also worth noting this new Premier Inn’s timescale. This new Inn is looking to race like Usain Bolt to completion – just like the initial Sands Apartments.

This Sands Development seems like a lingering storm cloud we just don’t know what, where or when we are going to get it, how long it will take or cost us?  But I bet we will be wondering why?

Surely we deserve better than this for the North Side. Two attractions in 22 years – must be a record!