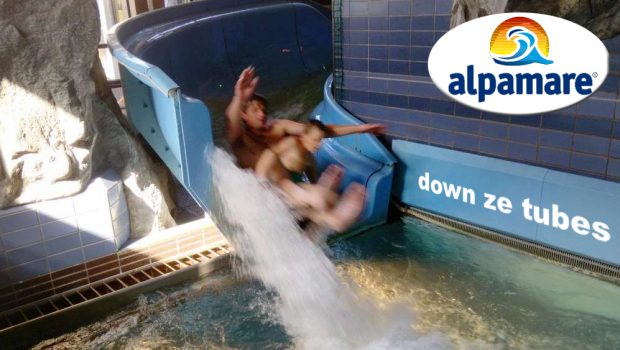 For those who missed local media reports on Thursday’s meeting of SBC’s Audit Committee, Finance Director Nick EDWARDS allegedly stated, in regard to the Waterpark:

“It has different options and I think we have those appropriate safeguards in place. There is a risk with the £9 million, I’m not getting away from that, but I think we have taken the best measure to manage that risk, accepting that is public money.”

Perhaps this should be considered in the light of the statement read out by Deputy Leader Councillor Helen MALLORY [Con.] at the Full Council meeting of 8th January 2018, which included:

“(T)here was no requirement to take a separate financial charge against the company to protect the Council’s financial investment.”

While Officer and Councillor make up their minds as to which statement is most transparently reflective of the underlying truth, Councillor DONOHUE-MONCRIEFF has been doing some research of her own. Read on . . .

‘For Whom the Bad Tölz’

Be warned Scarborough Borough Council; the saga has only just begun.

Readers of the North Yorks Enquirer will be aware of the recent media coverage relating to the Alpamare Waterpark in Scarborough. Full credit must go to Tim Thorne for breaking the news of the winding up order issued against Alpamare UK which has now been settled by creditors agreeing to a Company Voluntary Arrangement (CVA) of 16.7p in the £1.

It was clear to me that I needed a more in depth understanding of Alpamare, not just in the UK but their wider European operation. The research had led me to some very interesting discoveries about the relationship between Alpamare, their CEO Dr Anton Hoefter and the local Council in Bad Tölz. Residents in Scarborough Borough will be struck by the parallels between the experience of both spa towns.

The German based website www.alpamare-management.de, whose CEO is Dr Anton Hoefter, paints a picture of a successful brand. Founded in 1970 by Max Anton Hoefter when as they state Europe’s first leisure pool of its kind was opened at Bad Tölz in Bavaria. The second Alpamare in was opened in Pfäffikon – Switzerland in 1977. The website speaks of Alpamare being a trendsetter in the industry and a key player in the establishment of safety standards for such facilities.

They also tell us that:

“Alpamare Bad Tölz is still one of the exceptional baths in Germany, which are operated entirely privately and without open or hidden funding”.

In fact, due to their outstanding success, Alpamare offer support to companies wanting to develop or operate a Waterpark. As a concerned Scarborough Borough taxpayer this is certainly good news. An experienced operator to run a Waterpark facility such as the one in Scarborough which features on their website.

Just in case you are not entirely convinced, Alpamare also offer a turn-around and crisis management service for Waterpark experiencing trading difficulties. They offer to:

“Implement operational and managing strategies to rebuild confidence of the market in the park and convert it to a profit-making business.”

This is excellent news as we now know who Alpamare UK’s CEO Anton Hoefter needs to get advice from in order to deal with his UK based company’s present financial difficulties.

Just one year before our Waterpark in Scarborough was opened, on 12th February 2015, the Scarborough News reported the closure of the Waterpark in Bad Tölz. According to Roland Duce, who had known about the closure for 18 months, “From my point of view this is great news as now Alpamare has a war chest and now the two parks to focus on – Scarborough and one on the Swiss border”. Both the SN and Duce, of course, omit to mention a couple of important facts which I will highlight further on in this article.

As to how Alpamare closing a failed Waterpark was financially beneficial to Scarborough requires some imagination. In my experience, both Roland Duce’s and Scarborough Borough Council’s optimism on these matters is staggering, bordering on fantasy.

Further investigation shows that in 1999, Alpamare Pfäffikon was sold to Aspro Parks who own nine Waterparks in the UK. The Aspro-owned Waterpark in Switzerland operates under Alpamare licence. Now why Roland Duce failed to mention this significant fact only he can answer. Would this Alpamare Waterpark still be open if Aspro were not involved?

Alpamare is a subsidiary of a German company Jodquellen AG (www.jodquellen.com), whose CEO is also Anton Hoefter.

Jodquellen AG was founded in 1860 in Bad Tölz and, according to their website, “For more than 150 years, the spa and tourism has been shaped by the activities of Jodquellen AG”. The local council owns a 27.8% share in the company. So Bad Tölz, like Scarborough, is a spa town with a significant tourist industry for whom a Waterpark was a major Tourist attraction.

The company owns the Alpamare Waterpark and Jodquellenhof a hotel which was closed in 2014 – after 125 years – to “pave the way for other developments”. This was concerning. Both the Waterpark and hotel shutdown within months of each other. This, of course, is relevant to Scarborough as Benchmark are due to build a hotel on the Sands site near the Waterpark.

Yet, re-development has not taken place. The hotel was used to house asylum seekers for a period and is now used as cheap accommodation for contractors. More recently, the local council has taken took legal action over the hotel being used once again for asylum seekers. What was really happening in Bad Tölz?

“[The German Park] has been known about for a long time and Alpamare had an agreement where the local Council in that area could purchase the park and it would be revamped or closed”.

In July 2013, Süddeutsche Zeitung reported that visitors number to Alpamare had fallen significantly due to increased competition from other parks. The local Mayor Josef Janker wanted to investigate converting the park to a “wellness oasis”. We are also told, “The city can only tackle this project because – unlike earlier – it wants to invest in the Alpamare”. Hoefter makes it clear that he is competing with other adventure pools whose entrance fees are subsidised by their respective local authorities. Residents in Scarborough will be justified in asking what implications this has for the future operation of our local Waterpark.

Plans progressed to the point where in December 2013, Süddeutsche Zeitung reported that Tölzer City Council has agreed in principle to build a wellness spa on the Alpamare site which is described as “obsolete”.

The plans were subject to complex negotiations between Hoefter and City Council, these being successful.

On the 23rd March 2014, we are informed that the talks between Hoefter and the City Council were unsuccessful. “The city council came to the conclusion that it would be better to tear down an entire tract of the Alpamare and rebuild the spa”. Jodquellen AG had proposed a “refurbishment of the existing building” which was rejected by the Council due to the financial risk. Some residents of Bad Tölz, realising that this meant the closure of the Waterpark, wanted the city to do more to retain Alpamare.

In January 2015, Euro Amusement Professional, an industry publication, reported that the Bad Tölz Waterpark was to close-down and be demolished. We are told:

At this point the relationship between Dr Anton Hoefter and the local Council had broken down over the future of the site, leading to the closure of the Hotel and Waterpark. The article further suggests that Hoefter wanted to redevelop the site as a Health Park and housing. Yet, Tölzer City Council responded by designating future use of the Waterpark and hotel site for tourism. There are some calls for the Council to negotiate with Jodquellen AG.

In June 2016, Süddeutsche Zeitung reported on the closed Waterpark and the lack of re-development. We are told that local Town Hall expects a legal challenge from Anton Hoefter who believes that there is not enough tourism to support a new hotel in Bad Tölz. He also questions the merits of the Council’s proposed wellness pool. Somewhat ironic, given the great joy that Cllr. Helen Mallory greeted the news of a wellness centre in Scarborough. Bad Tölz Mayor, Joseph Janker, was not willing to back down to Jodquellen AG, stating that if Hoefter didn’t want to run a hotel he could sell the land to someone who did. Could you ever imagine Scarborough Borough Council saying that to Benchmark?

The article ends with fears that Bad Tölz may be subject to a long saga with empty buildings belonging to Jodquellen AG because Hoefter’s father had a similar battle for four decades with another German town. The dispute was ultimately settled in 2015 by the German Supreme Court in favour of the local town.

In May 2017, the city Council again passes a development plan, insisting the Alpamare site must be redeveloped for tourism. Jodquellen AG “vehemently rejects a hotel and would rather build blocks of flats on its premises”. Some Councillors ask that the City Council tries to resume talks with Hoefter’s business using a mediator to settle the dispute out of court.

In July 2017, Das Gelbe Blatt reports that a planning application on the Waterpark/Hotel site by Hoefter is rejected by the City Council. One Councillor is furious by claims the company made on Facebook. The stand-off continues although the Deputy Mayor says at some point there will have to talks. Jodquellen’s rationale for the redevelopment is explained in detail on the company’s website.

In January 2018, Tölzer City Council abandons its flagship project to build that wellness pool as the costs were too high at €10.5 million (£9,204,847.36).Concerns about potential visitor numbers and competition led them to conclude the facility would need subsidies from the local taxpayer. If a German Spa town thinks twice about a wellness pool, why should we believe Cllr. Mallory when she expresses delight at Alpamare UK’s new wellness centre?

Further reports by Süddeutsche Zeitung inform us that, in March 2018, at a public meeting in Bad Tölz, residents’ expressconcerns about the deteriorating state of the Alpamare site and Hotel asking for their Council to take action. The Mayor informs residents that nothing can be done “as a sale for the Jodquellen AG to the municipality is out of the question”.

In May 2018, Tölzer City Council’s Chamberlain Hermann Forster reports to Councillors that Jodquellen AG has submitted a judicial review against the development plan designating the Alpamare and Hotel for tourist use. Jodquellen AG also “file a complaint against the rejection of the of a number of preliminary construction decisions”.

The battle continues when on 30th October 2018 Süddeutsche Zeitung reports that City Council “has secured by statute a special right of first refusal on” the Alpamare and hotel site. The article ends with an ominous prediction by Construction Manager, Christian Fürstberger, who expects there to be “interesting litigation” that may end up in the German Federal Court.

The long wait continues for the people of Bad Tölz. Their Waterpark operator now openly calls itself a real estate company that wants to build flats. It took four decades to defeat Hoefter’s father’s plans for flats in Bad Heilbrunn. One can only speculate as to the future Benchmark and Alpamare UK have in store for the people of Scarborough Borough? As they say – For whom the Bad Tölz……