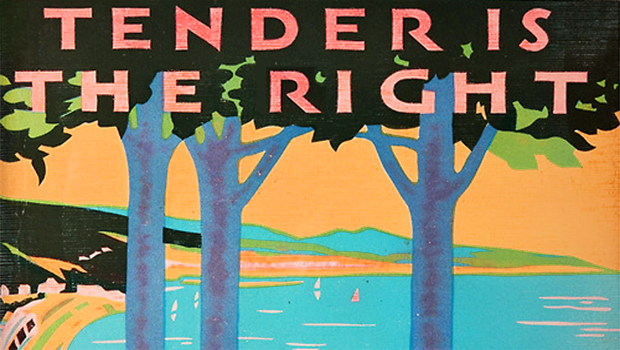 A Letter to the Editor from BOB ROBERTS – Scarborough businessman and, hitherto, a life-long Tory – who believes that now the Futurist Theatre is no more, it would be appropriate to re-offer the lease on the site to TENDER from interested developers.

I read with interest that Flamingo Land is what is described as Scarborough Borough Council’s “preferred bidder” for the re-development of the Futurist site, as an attraction.

My interest is that, back in 2015, I made an application to SBC to develop an attraction and as was told most emphatically, in writing, by SBC Estates manager Mr Bryan Walker that my proposed attraction would be subject to tender. There is one subtle difference, insomuch as I was offering a service as an attraction, whereas Flamingo Land, a “preferred bidder”, offers an attraction.

I understand that some years ago the Futurist, as a building, was put out to tender, with little interest shown – hence the Tory determination (with help from the Labour Group  within the Borough) to demolish the Futurist and reappraise the next steps.

Even before the decision to demolish, Flamingo Land had its sights firmly on the site, bolstered – as rumour would have it  – by a clandestine private meeting over a long weekend at Flamingo Land with SBC representatives (elected and paid) to discuss the way forward. Some have suggested that donations to the Tory Party also played their part in greasing the wheels of the negotiations….who knows? Entirely plausible.

Looking at the timing, though; this “preferred bidder” status perhaps now demands closer scrutiny. In light of what may well become a burden around the necks of the Borough’s Council Tax-payers, should this “preferred bidder” status be removed now the status of the Futurist-site itself has changed? Should it again go out to tender like any other open brown-field site, albeit a spectacular site on one of the most prestigious seaside promenades in the land?

Previously, I’m certain, the main reason for the lack of interest in bidding on the Futurist was the complication – and expense – of demolishing the theatre (and all the ramifications that accompanied that same precarious undertaking. Indeed, this remains ongoing). But for a prospective leaseholder now, the main stumbling blocks have been removed and the necessary legal undertakings with regards to the structural integrity of the immediate surroundings is now covered by Wilmott Dixon in association with SBC.

In short, with the building gone, the site may well become a subject of far greater interest to other developers. It may even attract a bidder promising a higher revenue (in terms of the sale of the lease and the long term rental revenue) than the Flamingo Land proposal (quite aside from those donations to the Tory party, that is).

We have, in around 90 days, local elections. There is certainly not enough time for SBC to push through any deal with Flamingo Land and, of course an Environmental Impact Assessment (EIA) is now required, which may well take some considerable time. If we had a change in the make up of the Council – which I think and hope is entirely likely – we may find the Council taking a different perspective on what goes on the site.

For me, I’m indifferent about what goes on the site – just so long as it’s not another Olympia type of building offering little by way of architectural merit nor attraction to tourists. It was hailed by Eileen Bosomworth in its day, but is now an eyesore. It’s to be hoped that whatever goes on the Futurist-site doesn’t replicate the Olympia.

Quite possibly, offering the Futurist-site to one “preferred bidder” only – one which already gives the appearance of having the lease in the bag, by virtue of donations and/or cultivated relationships with Councillors – is no longer procedurally correct.

Surely, the site should be re-tendered – perhaps even by way of a public competition – as to what we could have, what we should have and what we deserve, given the failure of SBC to master the art of getting a good deal for the Council Tax-payer.

Scrutiny – or lack of it – is the key word  throughout everything the Council has done in recent years, with decisions being pushed through on a nod and wink, with very little to no scrutiny. That must end.

The goal should be to end the low-paid job market, where the labour requirement is almost entirely reliant on students, and is seasonal. This should not be the backbone of any town’s economy. Time for a strategic emphasis-shift from tourism to industry, at least on an equal basis.