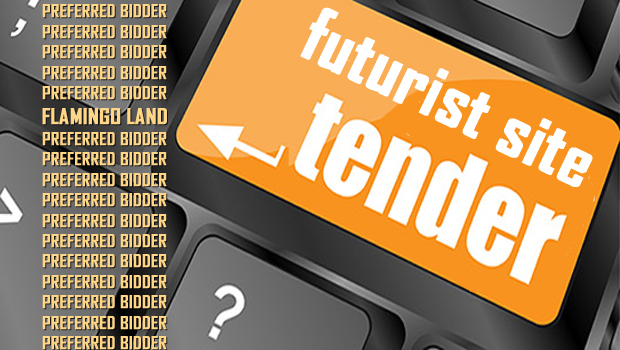 A Letter to the Editor from Scarborough resident Roger PICKSTOCK, who writes to affirm the view of Enquirer regular Bob ROBERTS – namely, that the site of the former Futurist Theatre should be offered for open tender.

As a resident of Scarborough and therefore a Council Tax payer I would like to put forward an argument against the ‘Preferred Bidder’ stance being taken by SBC in the development of the now empty Futurist site.

Now that the site has been cleared, it has become prime development land and is probably worth £ millions to any potential developer and would therefore demand a high price for its sale or lease to that developer. I feel, therefore, that it would be in the interests of the people of Scarborough to claw back the £4+ millions of public monies used by SBC in the demolition of the Futurist and the subsequent slope stabilisation.

The preferred developer, I am led to believe, is Flamingo Land, who are interested in building a Flamingo Land On The Coast in this very spot, although the basis and rationale for this appointment have never been made known. While Flamingo Land may have been the only worthwhile or ‘preferred bidder’ when the Futurist building was still standing, I feel that circumstances have now changed. To have just one bidder (a preferred bidder) is not, financially, in the interests of the Scarborough ratepayers and does not make good business sense and as ratepayers, whose money has been used to demolish, surely, we are entitled to regain some if not all of our money, particularly in the current period of cutbacks and service reductions.

The site must therefore be put out to tender and other developers (nationally and internationally) must be given the opportunity of putting in fair and reasonable bids, which should of course be made public, with deference to SBC’s Constitution and its obligations under said Constitution to be open and transparent. SBC has not covered itself in glory over this whole episode and we ratepayers need to know why they will not put the site out to tender again.