An Open Letter to Jim DILLON

Amongst a long litany of controversial actions carried out by your Council during the present but soon-to-conclude Council term, few (if any) has aroused such fierce contention as the Council’s determination (and, indeed, predetermination) to demolition the Futurist Theatre.

I draw your attention now to the words of Councillor Norman MURPHY [Ind.], in an article published on the North Yorks Enquirer on Monday 18th March 2019 (i.e. five days into SBC’s version of ‘purdah’) in which Councillor MURPHY makes specific reference to an earlier article published on the Enquirer under my own by-line on 20th January 2017, eleven days after the vote to utilise the £4 million set aside not for the regeneration, or indeed the redevelopment, of the Futurist Theatre, but for its demolition.

The end of Councillor MURPHY’s first cited paragraph and the whole of the second merit reiteration:

This is a very grave allegation, tantamount to a Gross Misconduct Grievance and, if proven, potentially grounds for summary dismissal.

Inclusion of the modifying phrase “yet again” betrays a profound dissatisfaction with the way in which words including “regeneration”,  “renovation”, “redevelopment” and “demolition” have been applied by, inter alia, Director of Finance and s.151 Officer Mr Nick EDWARDS, as though their meanings were entirely synonymous. Of course, they are not.

For clarity, allow me to present these words, not merely in the natural and ordinary meanings, as understood by all native speakers of English of secondary school age and above, but as defined in the Cambridge Dictionary: 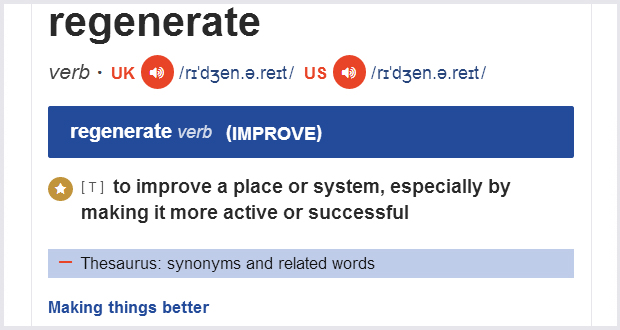 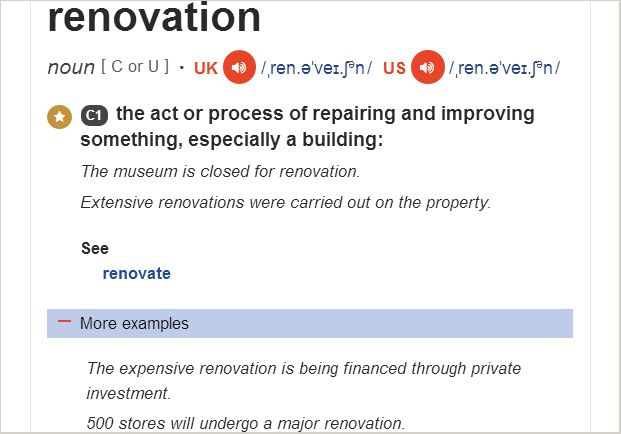 Now we move to a diametrically opposite intention . . . 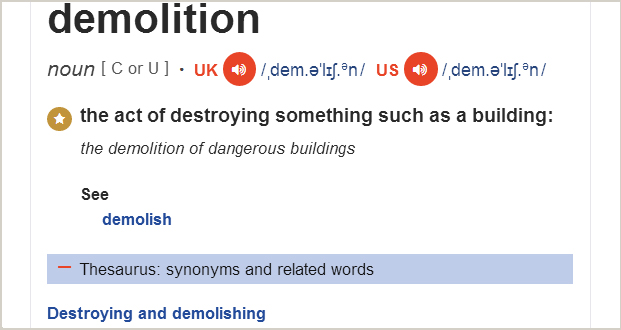 Lastly, and for the avoidance of any doubt, it is clear that “demolition” is not remotely compatible with “improvement”, as that word appears within the definition of  “redevelopment” (cited above): 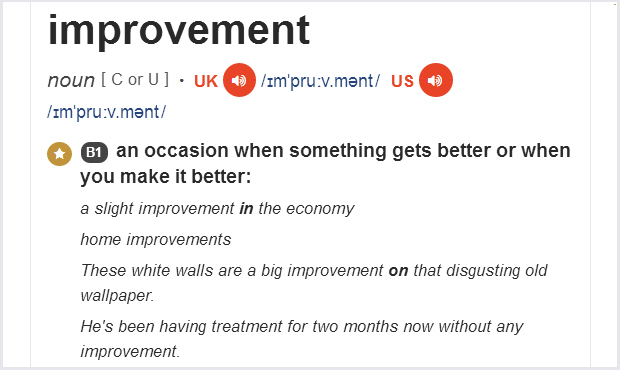 Thus, it should be manifestly clear to any unbiased reader that the process ‘sold’ to Councillors to “regenerate” the Futurist Theatre was always intended to culminate “demolition”. It was never a process of “improvement”; rather it was always a process – a predetermined process – bent on nothing short of “destruction”. 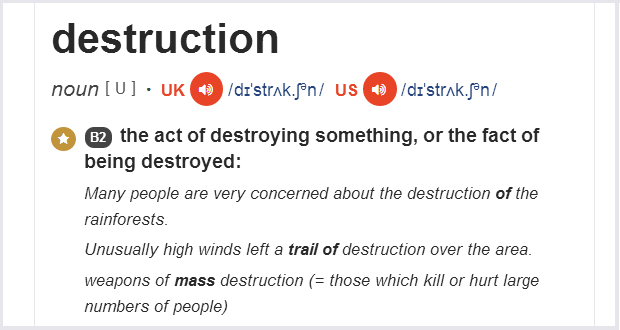 The public record shows that Councillors and members of the public were presented, in the first instance, with an outline program of regeneration and improvement. They set aside £4 million to fund the “regeneration” the Futurist – not its “destruction”.  Yet the process led, inexorably and via a shameful and lazy adherence to party lines, to “demolition”; “destruction”. Councillors are saying (and I agree with them) that they were ‘rail-roaded’.

It must be remembered that it was on the basis of this “perceived ambiguity” that Councillors committed the public purse to an expenditure of £4 million for “regeneration” when, had the Report disclosed clearly and unambiguously the predetermined objective of “demolition”, some Councillors may well have dismissed the Recommendation long before the infamous 9th January 2017 vote of 22 FOR versus 21 AGAINST would very probably have been defeated. The author of that “perceived ambiguity” was Mr Nick EDWARDS. If I labour the point, it is for the benefit of those Councillors who have yet to resolve the ambiguity.

In consideration of the foregoing, it is impossible, in good conscience, to avoid the conclusion inferred by Councillor MURPHY (and confirmed by Councillor Janet JEFFERSON [Ind.] in conversation with me on 12th March 2019) – namely that a prima facie case has been made by two elected members (no doubt there will be others) that Council was “deliberately misled”, having been provided with “misleading” reports regarding the Futurist Theatre for which any “perceived ambiguity” was – regretted.

Of the many messages supporting and confirming Councillor MURPHY’s interpretation, the following (from a Labour member) is by far the most succinct:

I could not agree more with Cllr Murphy. The system is broken.

There are surely now grounds for a Gross Misconduct investigation and I look forward to your formal confirmation that such will be implemented with immediate effect – one would hope with greater diligence than the investigation into the Ben MARRIOTT corruption allegations which HHJ Humphrey FORREST, in Mr MARRIOTT’s Employment Tribunal victory, characterised as “a complete whitewash”.

The process is straightforward: 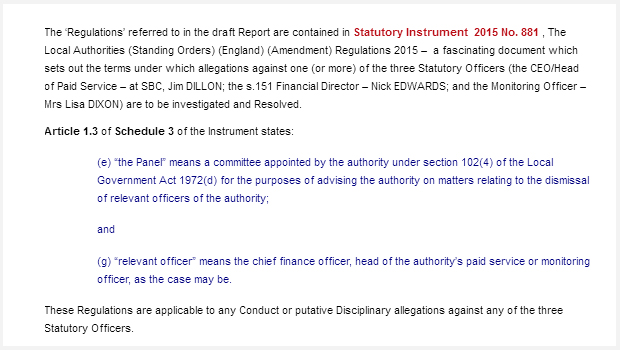 Granted that it is not within your gift magically to restore the Futurist Theatre to its rightful place at the heart of the South Bay, it is equally clear that transparency and accountability still do lie within your grasp (if not your will). Your “shot at redemption”, to borrow a phrase from Paul SIMON, lies before you. Afore ye go, Jim, sack the liars – drain the swamp.

I conclude by wishing you good luck and good health in your retirement career, whilst observing that is it small wonder that you have elected to ‘blow the coop’ now – notwithstanding the Leader’s sycophantic and entirely misleading tribute to you. In my view, you have presided over an abysmal travesty of local government. 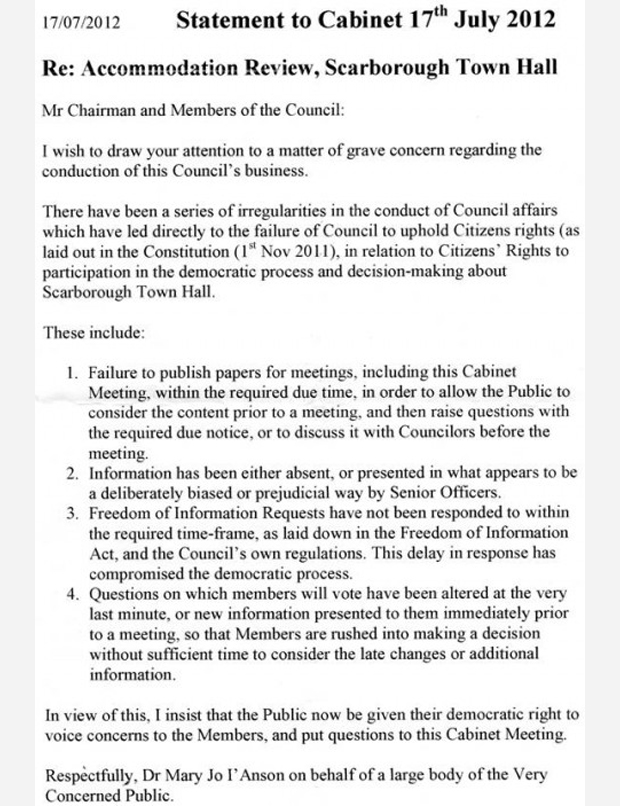 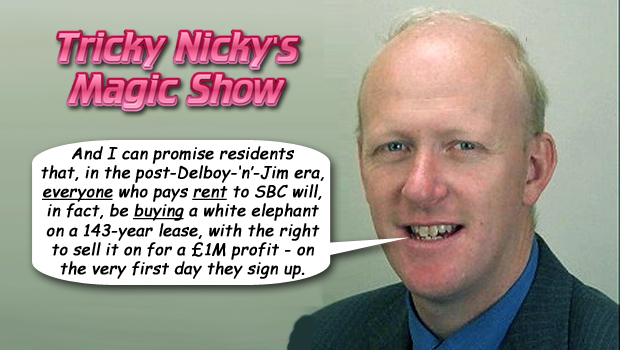