The donations, which were recorded on the Electoral Commission web site recently, bring the total donated to the Tories by Flamingo Land and theme park director Gordon Gibb to a whopping £221,000.

Robert Goodwill, Scarborough & Whitby’s Two-Faced Tory MP claimed to be a ‘Staunch Eurosceptic‘ who actually came out for the Remain Campaign and subsequently the Chequers Deal too is quoted: 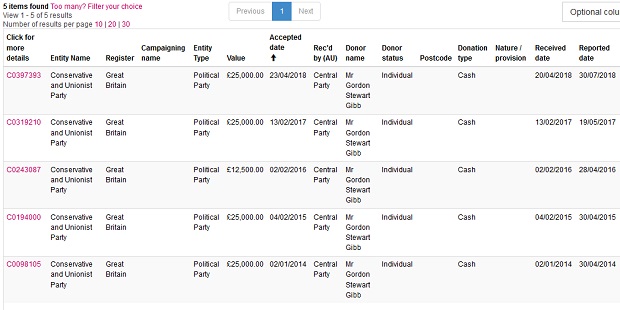 We have been talking with the council for a number of years to see if there were any areas of major development to help them with.