A Letter to the Editor from Scarborough businesswoman Michelle RICHARDSON (45), who appeared in the Scarborough News recently on account of her one-woman protest at the Scarborough Borough Council Cabinet meeting on Tuesday 18th October 2016. Her Letter is an appeal for public support in favour of retaining and restoring The Futurist Theatre.

My name is Michelle and I’m just an ordinary though thoroughly disgruntled resident of Scarborough Town. I am writing this letter as a Last Chance Plea For Help! I would like to state that I am not tied to any groups or affiliated with any organisation and that the views and opinions in this open letter are my own and I accept full responsibility for them.

Disgruntled? That, in truth, is an understatement! Over the last 9 years, my fellow Scarborians and I have watched SBC’s so-called “judicious/democratic process” take its course. Waiting patiently on a decision as to the future of one specific building that was, until fairly recently, a fully operational/functioning theatre – The Futurist Theatre. We have watched for nearly a decade the perverse democratic process and, in my opinion, criminally intentional negligence by SBC – opposing a local resident action group formed to protect this building from demolition.

The Futurist Theatre is a theatre of immense theatrical history and great local significance. Admittedly, ‘Our Grand Old Dame’ isn’t at her best right now and needs restorative TLC.

The front fascia, which has been covered, since 1969, with an ugly yellow facade – which many residents have never seen. Ironically though, this has served as a protective barrier to her ornate, specially-imported Italian marble exterior, but this cladding has been fiercely guarded and used by SBC to continue to mask her true beauty.

This letter and plea for Help! isn’t just about our beloved Futurist – or about the staggering amount of resistance to the ‘Save The Futurist’ group, with their petitions, positive reports (from world-renowned experts on structure and restoration) or their viable business proposals (including restorative costs, CFF’s and financial backers) – all of which, SBC has determinedly ignored.

Each individual Councillor has received a ‘Proposed Restoration and Business Plan Pack’. Only two out of the fifty members have ever acknowledged receipt of these packs. NOT ONE has responded.  Even the publicly vocal support of such stars as Billy Connelly, Gary Barlow, Ken Dodd and Dara O’Brien has also all fallen on SBC’s selectively deaf ears.

This letter IS, though, about MONEY! And the POWER and ingrained level of apparent CORRUPTION within SBC, that has long been the widely-held belief of this whole town.

SBC’s adamant desire to knock down this great feat of Victorian architectural engineering has been unwavering. It is, on SBC’s part, a planned loss of a colossal £5 Million. A loss which is to be passed onto and paid for by the taxpayers of this Borough. And this cost will probably double with the unplanned-for but very predictable complications of the retaining-walled cliffside site. Then, adhering to SBC’s – and their preferred bidder, FlamingoLand’s – plan to sell Our Land (including the attached public gardens and public access steps that lead directly to the beach) to said “preferred bidder” for £1 Million!

Now, I’m not a mathematical genius but £1 Million credit, minus £5 Million debit, equals a humongous loss of £4 Million (and counting!). SBC obviously, cannot add up? Well that’s the basic, simplified version of the MONEY or the proposed, predicted and even ‘planned loss’ of it!

But this deal isn’t necessarily about just the massive ‘planned loss’ of Our Money. Is it also about the money not, on the table, but probably under it, too?

So now let’s address the allegations of  POWER and CORRUPTION. And the dubious legality of the tactics SBC have used to slide this past the residents of Scarborough.

Take ‘one’ Prime Vista (possible?) Development ‘investment!’ site (one of many in recent years). Leave the magnificent building upon which it stands to run down for a number of years (i.e. not even basic/general maintenance allowance – never mind any investment). Ex-staff verify this.

Then they grumble that “it’s not making any money?” and that “it’s an ‘eyesore’” (that ‘ugly yellow exterior cladding’ again); leaving the cladding on to continue to hide its true 1920’s glamour – and just sit on it; leaving it a while empty, abandoned and neglected, until locals start to ask, “What’s happening with it? It’s an empty and unused potential revenue earner for the town, right in the middle of our seafront!”

And Flamingoland will build you a (supposedly) state-of-the-art rollercoaster ride(?) and a “weird waterfall” feature(?) – if you see the plans, which are a rudimentary child’s drawing at best. (Probably SBC’s “preferred architect”, too!).

All without a public vote or consultation ever having been afforded to the Scarborough people. SBC (supposedly) fooling us all into believing that they are doing us some kind of massive favour? Job Done!

Exit SBC, stage left!  Spending and losing Our Money as they go. With a few more cash incentives? And ‘favours’ in hand from their ‘preferred bidders’ and contractors?

Now we’ve lived, for many years with (it’s a well-known local “fact”) what is generally perceived to be a self-gratifying, self-profiteering, corrupt Council. And as we’ve never been the kind of people to air our dirty linen in public – as with our “unmentionable” previous personages of public office and celebrity status, about whom it was also widely-known locally all about their sickening behaviour towards children – we have, always remained quiet.

But this continuous ignorant and dismissive attitude by SBC towards the town’s people and their wishes – and their secret ‘closed meetings’ and ‘back-room handshakes’, and their apparent perversion of the democratic process for personal gain, which in part has been made possible through silence – has to STOP!!!

Which, I suppose is why I, an otherwise ordinary but extremely DISGRUNTLED resident of Scarborough, took a public and impromptu stand in the Council chamber when I attended in the public gallery at a Cabinet meeting in the Town Hall last week. I unleashed my tongue and pent up wrath upon the Councillors in session, about how I and the greater majority of the locals feel about the proposed plans for Our Futurist, Our Land, and Our Money.

Just to clarify, I have never before, been an ‘Activist’ and would never have believed, in a month of Sundays, that I would ever openly, publicly, make a stand and speak out about the in-depth and ingrained unchecked corruption that we continue to face here in Scarborough.

Which brings me to (possibly) Our Futurist Theatre’s Last and Final Curtain. It will be a travesty if this deal is allowed to continue without an immediate and intense government probe into its monetary non-feasibility, unlawful political process, and questionable decision-making ethics – all of which have been highly suspicious and, from the Scarborough public’s perception just doesn’t make any financial sense at all (particularly as the proposed restoration and rejuvenation of the original building, would be considered marginal in comparison to the SBC ‘planned losses’, which the Scarborough people will probably being paying for, for years!)

A certain Councillor with loose lips has repeatedly and very adamantly told me personally, that “The deal is DONE”. This cannot be so, as this would be an unlawful and perverted democratic decision by SBC, as no vote or motions have been officially taken, carried, passed or signed for the demolition, or sale. Or for future planning of The Futurist site.

But if it is true – which I strongly believe it may be – it would be proof of the widely-alleged CORRUPTION and back-room handshakes, by SBC and their Preferred Bidders and contractors (as is generally acknowledged, all-too-often reluctantly accepted by some jaded Scarborough residents.

As with the recent SBC whistleblower case, where the Judge declared a WHITEWASH, this too will bear no fruit if SBC are left to their own devices to hire ‘Mazars’ – a private company that has been hired previously by SBC to audit their accounts and therefore is already on the payroll, or indeed, by any other private company’s service that would be paid for by SBC (how can this possibly be truly independent?), thus avoiding, yet again, the now essential and immediate intense Government scrutiny and investigation into the Council’s legal and political conduct and financial arrangements, agreements and accounts that is so obviously and urgently needed.

My only hope is that this letter and ‘Last Chance Plea for Help!’  falls upon open ears and forces SBC to finally submit to the will of its people and overturn any purported “in principle” deals and help us reclaim Our Town! And Our Futurist!

Please raise your voice as I did. Draw a line in Our Sands and join together with the residents of Scarborough and help us Save Our Futurist!

The next Council meeting (and residents’ rally) is to be held at 2:00pm at Scarborough Town Hall on the 7th November. Join us . . . help ‘Save Our Futurist’!!! 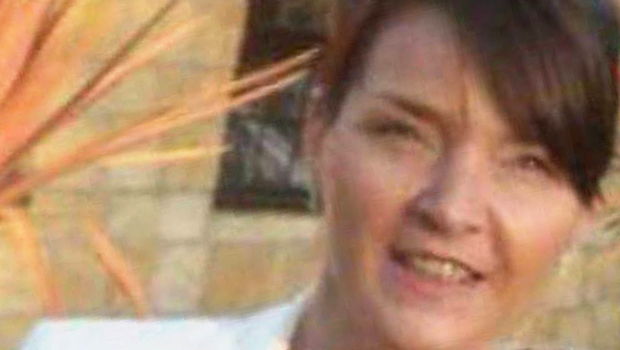