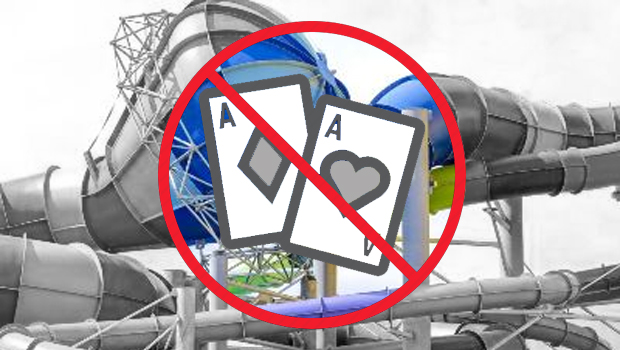 Today’s Guest Author is Councillor Norman MURPHY [Ind.] (Northstead), who is deeply critical of the present SBC administration, for reasons already well-known to everyone in the Borough.

The news that the Alpamare Water Park, built with a loan of £9 million provided by Scarborough Borough Council, SBC – us – is in financial difficulty, will, sadly, come as no surprise to most Borough residents. The Alpamare financial disaster just joins a growing list of mismanaged Town Hall schemes that have, over the years, cost the rate payers a fortune.

The Open Air Theatre £5.5 million, Park & Ride £5 million, and who knows how much the demolition of the Futurist Theatre will end up costing us? Already £4.5 million has been wasted, and, with the piling problems, the final bill, for destroying this magnificent theatre, could easily be in the £10s of millions. Indeed, with a track record of financial disasters as impressive as the one SBC currently has, it could be argued that, financial mismanagement, blatant and arrogant disregard of residents views and general incompetence are currently standard practice at SBC.

However, disastrous as the financial mismanagement of the Borough has undoubtedly been in our recent past, it is, perhaps, our imminent future that should most concern us now. Should the current administration continue its mastery over us from the Town Hall “Ivory Tower” it seems highly likely that the speed at which they waste our money will only accelerate.

This is because our current rulers seem to display all the symptoms of the compulsive gambler.

They, for example, took our hard earned money to the bookies and put it on a broken down nag called Park & Ride and then they were surprised, even though everyone told them it was a donkey, when it couldn’t stay the course and now looks like it will be put out of its misery by NYCC.

SBC took even more of our money to the casino called Benchmark and placed millions of our pounds on the black and were even more surprised when the ball landed on the red.

While at the amusements on the sea front, known locally as The Futurist, they are gambling huge sums of our money again, only this time it is on the piling work they hope will prevent the Town Hall from ending up on the beach. In this bet, however, we lose whichever way it goes as, if our rulers win, and the site is stabilised, they will then give it away to Flamingo Land.

So what, in view of their compulsive gambling habit, may we conclude our future might be? Well, as we all know, compulsive gamblers do not stop gabling unless there are no places for them to gamble, or nags for them to gamble on. Or they have run out of our money. With regard to finding nags to gamble our money on, it seems our current masters can find an infinite number of doomed projects on which to stake their bets. And, evidence suggests, if they manage to hold on to power, this is exactly what they will continue to do.

Indeed, the owners of the various metaphorical betting establishments SBC frequents must think it is their birthday every time a representative of the Council turns up at their counter, betting slip in hand, as they know whatever scheme the Council backs they are going to lose. The croupiers at the Benchmark casino must be equally as please as they wait to spin their loaded wheel with, obviously, concealed delight, when they see the Council place our money on a number that they know is not going to win.

The developers hovering expectantly around the Futurist amusement park site must be dizzy with expectant excitement as the last pile is driven in. Knowing, as they do, that with that last thud, their long wait for the losers from the Town Hall to clear the site, pay the contractors, and give them the deeds to the land, is nearly over.

So we may conclude that, as long as the current (losers) rulers of SBC have money in their pockets – our money – it seems fairly clear that they will keep gambling until every last penny they have picked from our pockets is gone.

Unless of course, that is, you send them in May to Gamblers Anonymous for a very long course of treatment.