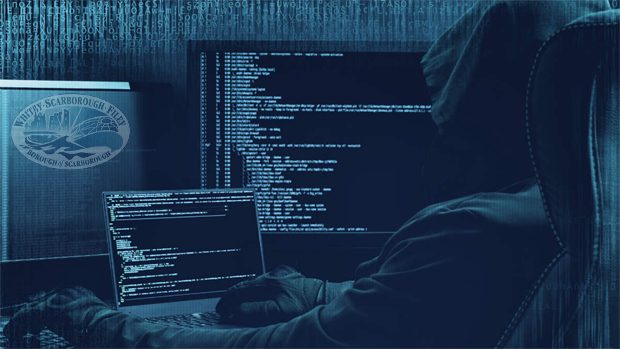 This is the sixth article on the subject of undercover and information warfare operations in Yorkshire.

Throughout the articles, references to the above Information Warfare Operations terms are in brackets and highlighted in Bold throughout this article.

Examples of misuse of surveillance powers by other Councils

The Regulation of Investigatory Powers Act (RIPA) permits local authorities to conduct surveillance, including the use of Covert Human Intelligence Sources. I understand that SBC has used these powers in the past, but was unable to identify any further information on who was targeted or what form the surveillance took. However, the Council has recently confirmed it has used them to monitor email traffic. (See below).

The Council’s procedures for initiating surveillance are here [10].

To illustrate the issues potentially raised by SBC’s surveillance powers, please consider some examples of other Councils and public bodies that have abused these extensive powers to conduct operations against people that were not involved in crime here [1] and here [3].

Former Redcar & Cleveland Borough Councillor David Williams has written in the NYE of his own experience of emails disappearing from his Council e mail account. Article here.

Misuse of surveillance powers by another public body (Cleveland Police)

The recent revelations of misconduct by Cleveland Police are a classic example of a public body abusing its surveillance powers, to suppress legitimate criticism of it and prevent embarrassing disclosures of racism within the force by its employees to journalists.

The full story can be read in these excellent articles by Julia Breen [7] and Graeme Hetherington [7]. Briefly Cleveland Police used the Regulation of Investigatory Powers Act to illegally monitor the telephones of two former Police Officers, their solicitor and two journalists (Surveillance). It alleged they had committed a criminal offence by leaking information to the press [4] (Disinformation to justify information suppression). The two police officers, Mark Dias and Steve Matthews claim they were targeted for exposing allegations of institutional racism in Cleveland Police over the shocking case of retired Police Officer Sultan Alam [4].

His Honour Sir Michael Burton from the United Kingdom Investigatory Powers Tribunal found that using legislation normally used in terrorist investigations, was not proportionate in their case. There was no proof of criminality and no evidence of Cleveland Police taking any legal advice to support its actions. The Officers’ legal team observed that the “force’s casual disregard for the legal framework beggared belief’ [4]. 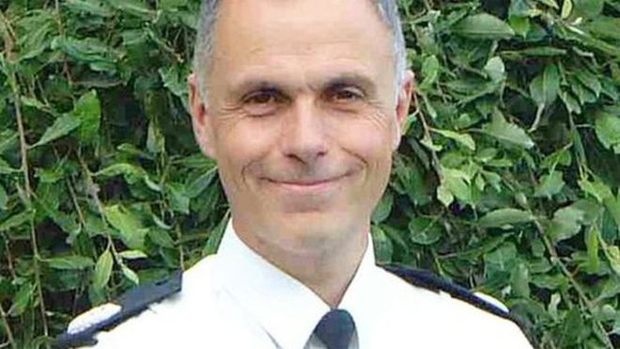 In my view, the most disturbing aspect of this case is that the Cleveland Police Professional Standards Department – the organisation responsible for upholding the highest standards, ensuring the truth comes out and combatting corruption – itself  broke the law. Worse, it abused police powers, surveillanced journalists and conducted a campaign of harassment against innocent whistle-blowing policemen for speaking out against misconduct.

This scandal has become so serious that there have been calls for Cleveland Police to be disbanded and merged into another force, or split between North Yorkshire Police and Durham Police. Gazette article here. I can only remember one similar situation in 1989, when Geoffrey Dear, the Chief Constable of the West Midlands Police, disbanded the Serious Crimes Squad [4] over allegations of institutionalised corruption [11]. I am very sadly reminded of the words of Lord Laird of Artigarvan in the House of Lords (in which he was supported by the Lord Maginnis of Drumglass), referring generally to the problem of Police corruption:

“Corruption amongst police forces the length of this country…Systemic corruption from a section of the police at all levels in the operation of all types of crime and involving officers from professional standards.”

Just as well that on this occasion there were courageous journalists from the Northern Echo who were able to pursue the story and expose this scandal – thereby ensuring that the Cleveland Police Professional Standards Department would be reformed. Clearly this outcome was in the public interest and another shining example of a public body being held to account by whistle-blowers, journalists and a free press. No doubt also the reason some public bodies, including SBC, respond aggressively to them.

I submitted a Freedom of Information Request as part of the research into the UIWOY series of articles, to identify what – if any – covert or surveillance operations SBC had initiated. The response in August 2017 was a classic example of information warfare SBC-style. It was essentially “We are not going to tell you”. The following are the salient sections.

The Council relies on section 14(1) of the FOIA which states:

Section 1(1) does not oblige a public authority to comply with a request for information if the request is vexatious.

It is the Council’s position that this request is vexatious having taken into account context, in particular:

This came as a bit of a surprise, because I don’t belong to any pressure groups. Further analysis revealed that SBC was in fact referring to the NYE!

There are a number of problems with SBC’s arbitrary definition of the NYE as a pressure group to justify withholding information from all those who write for it:

I therefore think it fair to conclude that SBC’s arbitrary definition of the NYE as a “pressure group” and the rest of the reasoning it puts forward has no basis in fact. It is simply a subterfuge to a) justify withholding information that the public is entitled to have and b) prevent lawful scrutiny by a free press.

This is particularly concerning because it potentially allows SBC officers to define anyone who exposes wasteful spending or misconduct by Councillors or Council Officers as having aimed to cause it “nuisance and disruption” and deem it vexatious – precisely the arrogant and dismissive attitude it displayed to brave SBC whistle-blower Ben Marriott. NYE coverage here.

I can’t tell who made this bizarre determination, because the email was issued anonymously. Again, deeply concerning because it allows the Council Officer who made this perverse determination to do so without being held accountable for his or her actions.

The FOI response then goes on to allege harassment by the NYE’s contributors of “the Council’s staff and members”. Which I deny. The threshold for an allegation of criminal harassment to be made is anything that causes the alleged victim alarm or distress. This threshold is so low, that just about any act can be sufficient to give rise to an allegation of a criminal offence – thereby justifying the initiation of surveillance and/or allegations of civil or criminal wrongdoing. (Disinformation to justify information suppression).

Essentially, this empowers Councils to initiate surveillance or threats of legal action on the flimsiest of pretexts. An example of this was SBC’s failed attempt to close down Real Whitby [NYE’s predecessor] and prosecute all of its citizen journalists for harassment in 2013 – allegations they were subsequently unable to substantiate. BBC report here [4].

It therefore came as no surprise when Council by Councillor Tony Randerson and Councillor Janet Jefferson very properly and courageously revealed, in Full Council on the 6th of November 2017, that Council Officers have been intercepting Councillors’ emails (Surveillance). Video-clip of the Council meeting below:

No wonder they wouldn’t answer my FOI request!

Covert Surveillance of Councillors and Journalists by SBC.

Although Mr Kitson may possibly be correct that the Council has this power and this is disclosed openly in its policies, having a power and then using it are two very different things. No Councillor knew that Council Officers had started routinely monitoring emails to Councillors. Nor was Councillor Nock (Portfolio Holder for IT) informed (Covert surveillance). They should all have been informed that such a serious and intrusive act had been applied to them and were not. The measure was applied covertly.

Scarborough Borough Council has to undergo an inspection every three years from the Office of the Surveillance Commissioner. The last inspection was undertaken by Deputy Surveillance Commissioner His Honour Judge Norman Jones QC in June 2015. It was very positive and can be read here [10]. It does not mention that Council Officers were routinely reading and withholding emails from Councillors without their knowledge or consent. Mr Kitson is currently refusing to comment on whether this information was made available to His Honour Judge Jones QC.

According to NYE contributor and former SBC Councillor Mike Ward, Councillors have been under covert surveillance for at least four years. His comments are here. Incredibly, he reveals that:

“A complaint re the interception of emails was first raised in 2013 when I was Independent SBC Councillor for the Eskdale Ward. At the time, I was assured by Lisa Dixon, David Kitson et al that it was not true.”

Contrary to Mr Kitson’s assurances in the above video clip, this power was not just used to protect staff and Councillors. According to former Councillor Mike Ward, it was used to covertly gather evidence to justify raising a standards complaint against him (Covert surveillance for the purpose of intelligence gathering). This could have led to him being limited as a Councillor.

Mike Ward alleges the cause of this covert surveillance appears to be that he corresponded with NYE journalist Nigel Ward. (Information suppression for the purpose of media suppression). In principle, the same policy pursued by Cleveland Police, as outlined above, which was castigated by the Information Commissioner.

The Conservatives have been the ruling party in Scarborough for many years and this position of dominance gives them control over Council funds and manpower, and the ability to set policy. The then leader of Scarborough Conservatives Councillor Tom Fox stated openly in Council that under Conservative control, SBC follows an aggressive policy of “threat or retaliation” (media suppression by legal action) when dealing with media criticism from the NYE.

Holding public bodies like Conservative-led SBC to account is a key responsibility of the media and opposition Councillors. Impeding the free flow of information to journalists through FOI requests prevents this. Opposition Councillors use the NYE as a platform to publish their views, which is contrary to the best interests of the ruling party and Council Officers, but in the public interest.

SBC’s surveillance powers are open to abuse for party political purposes, or to serve the self-interest of its Officers and are not properly controlled or democratically accountable. The concern must be that Council Officers did not reveal that they were intercepting Councillors emails, because they knew some Councillors would object.

I know of no other Council that adopts this policy, which has brought the Borough into disrepute nationally and forced some Councillors to undertake electronic countermeasures by using their private emails to prevent interception by the IT Department.

Councillors are intelligent, robust and articulate individuals. They are all grown-up and do not need Council Officers to protect them by vetting their emails. The policy of interception of Councillors emails to prevent contact with journalists and perversely defining local internet journalists as “vexatious” by Council Officers is undemocratic and should stop.

Sources are accredited in brackets as follows: