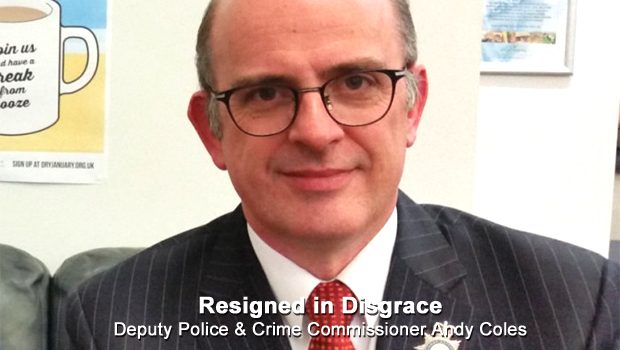 I read with great interest of the resignation of the Deputy Police & Crime Commissioner for Cambridgeshire in May, over allegations that during his career as a serving police officer, he had worked undercover in the now notorious Special Demonstrations Squad (SDS). Specifically, that he led a double life as a married police officer, whilst simultaneously deceiving a nineteen-year-old woman into an having an intimate relationship with him, so he could obtain intelligence on an animal rights organisation from her. Full report here [1]. This is another example of abuse of police powers in intelligence and information operations, which started with the formation of the Special Demonstrations Squad in 1968.

In the beginning there was the SDS; then there were the others

The SDS was an undercover unit of the Metropolitan Police, set up following the anti-Vietnam war riots outside the US Embassy[1]. It was part of the Special Branch and was officially tasked with using undercover police officers to (a) gather intelligence on and (b) disrupt, the activities of domestic extremists. It has been alleged that the SDS went far beyond this brief and that the methods it used were unacceptable. SDS Officers are alleged to have: 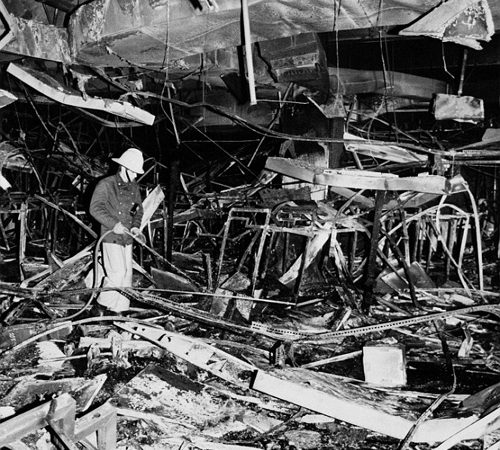 The aftermath of the Debenham’s bombing

The influence of the military on mainland policing

The revelations about undercover policing have caused widespread concern and revulsion. Former director of public prosecutions Lord Macdonald called for guidelines to be published [1]. They are currently the subject of a statutory enquiry established by the Home Secretary. Website of the Undercover Policing Enquiry here. The College of Policing has introduced a consultation document suggesting guidelines for undercover policing: http://www.college.police.uk/News/College-news/Pages/undercover-policing-guide.aspx.

So where did it all go wrong?

Since the origin of the SDS in 1968, the police have had to respond to organised crime gangs and terrorists that use increasingly sophisticated techniques and weaponry. Understandably, the police have responded by becoming more heavily armed, using more sophisticated intelligence gathering techniques and attempting to de-radicalise potential terrorists. Many of the techniques they now use were pioneered by the Army in Northern Ireland. This has inevitably led to a greater degree of militarisation of the police service. Two examples will suffice to illustrate the point:

We have all seen that as a result of higher levels of armed crime and terrorism the police have become are now armed to a level previously only attained by specialist units of the armed forces. Many of the techniques and weapons now used by armed police units were pioneered by the SAS in the 1970’s, culminating in the assault at the Iranian Embassy in 1980. The levels of weaponry and training currently achieved by armed police units was unattainable even a few years ago. The facilities for training armed police units are now so sophisticated that the army has used police facilities to train for operations in Afghanistan [5].

Many plainclothes surveillance, observation post and agent handling techniques were pioneered in Northern Ireland by the Army’s 14 Intelligence Company [6], also known as “the Det”. The Army became adept in undercover operations and handling agents, and informers, working closely with MI5 and the RUC. It also developed electronic warfare and signals intelligence techniques aimed at disrupting terrorist operations and bombings. According to some sources many of these techniques were taught to specialist police surveillance units by the army. “14 Int” evolved into the Special Reconnaissance Regiment [2] and which has been used in UK Police operations [1]. The Police Forward Intelligence Teams [1] were first formed in 1990 by the Metropolitan Police as the Public Order Intelligence Unit and are a natural evolution of this trend.

The Police now have routine access to the Secret Intelligence Service (MI6), the Security Service (MI5) and Government Communications Headquarters (GCHQ), which in police parlance are known as “the agencies”. This provides police intelligence [2] with access to a very sophisticated domestic and international cyberwarfare, cryptoanalysis, SIGINT [2] and MASINT [2] capability. The revelations about foreign undercover operations in my first article above, indicate that the British Police Service undercover intelligence capability is now so sophisticated, that it can conduct operations that previously could only be undertaken by MI5 and MI6.

Because of the gravity of the situation in Northern Ireland, a more aggressive response was required than was acceptable on the mainland and it took place in a less controlled environment. Hence perhaps the concerns over the way undercover policing was conducted in the rest of the UK.

In 2008 the SDS [2] (which mainly operated in London) was disbanded and responsibility for the operations it undertook was taken over by the National Domestic Extremism Unit [2] (NDEU) which fell under ACPO. In 2011 the three ACPO units (including the NPOIU) which formed the NDEU were moved away from ACPO, brought under the operational control of the Metropolitan Police and re-named the National Domestic Extremist Disorder Intelligence Unit (NDEDIU). The NDEDIU has since been reorganised, but still exists.

The NYE may also have been the subject of some form of undercover policing operation. In 2011, an employee of North Yorkshire Police’s Professional Standards Department engaged in email correspondence with me using the email address of another person and without signing himself off with his real name. This is contrary to force policy. I do not know what was behind this, why NYP felt the need to communicate with me under a false name, if this was connected to other events, if it was some sort of wider undercover operation, or what. This illustrates the difficulty in identifying if a police undercover operation exists or not.

I have reason to believe that I was the subject of surveillance by West Yorkshire Police when I met with another investigative journalist in Leeds. I am also aware of one other undercover operation against climate activists in Leeds, by undercover police officer Lynne Watson [1], also known as Officer A. Ms Watson infiltrated a protest group called the clown army that set up a clown checkpoint in Leeds and held a peaceful demonstration outside the offices of Leeds MP Mr Hilary Benn in 2004. Initially I was incredulous that the effort of skilled and capable officers like Mark Kennedy and Lynne Watson were being deployed against low level nuisance value offending like this. Further research revealed that these feelings are shared within the police. See the scathing comments of former undercover police officer Peter Bleksley, [4] on the deployment of undercover policemen and cover officers against low level offenders. 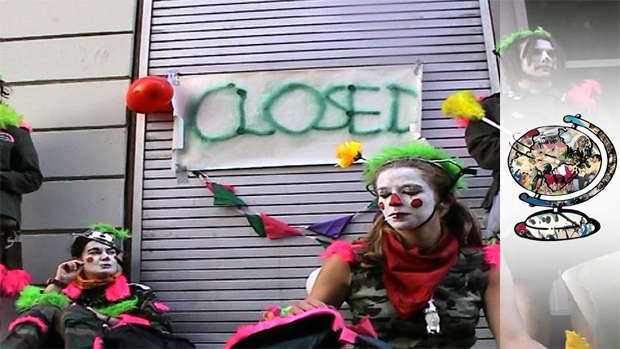 (Note that she is the less prominent woman in the background left, not attracting the attention of the camera)

I have no issue with the police conducting undercover operations against extremists and organised crime, provided they are properly controlled. This is to ensure that civil liberties are not infringed, but also for the protection of the police officers that conduct these operations. In the past they were not properly managed or supported, leading to them becoming involved in crime, drug addiction, marital difficulties, wrecking the lives of innocent people and causing enormous compensation payments to their victims. The conduct of undercover policemen and the lack of control over their operations has not just caused concern with civil libertarians. Senior Police Officers have also voiced similar concerns [1].

“We were concerned by a generally poor level of knowledge and lack of expertise of those senior officers who authorise the use of undercover officers.”

He added that there was

“an unacceptable variation in the quality of the written authorisations – often with insufficient detail provided”.

My investigations into repeated and inexcusable failures by the NYP Force Intelligence Bureau over Jimmy Savile, Operation Spade and Peter Jaconelli lead me to believe that it is not capable of conducting basic intelligence collection, collation or dissemination tasks. For many years, undercover operations – including those that were probably conducted in North Yorkshire – were out of control and misused police resources, to target organisations that posed no threat, or a very low level threat to society. It therefore causes me some concern that NYP will not confirm if it has adopted the College of Policing Guidelines, or what guidelines – if any – it has to conduct undercover operations in North Yorkshire, in a controlled and responsible way. I can only conclude that undercover operations in North Yorkshire are still not properly controlled. Police Operational Security over undercover operations [1] (and operational failures) is very good, so we will probably never know.

The NYP and OPCC Corporate Communications Team were provided with a draft of this article and offered the opportunity to comment on it but declined to respond. Nor would they provide a copy of any corporate communications or undercover policing policy, confirmation of the existence of the same, or any comment or information on this article.

Coming next: Undercover and InfoWar Operations in Yorkshire (2)