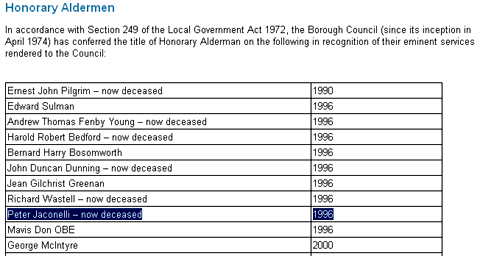 Savile was born in Leeds and worked in West Yorkshire as a miner. He moved to Manchester in the mid-1950’s, staying there until about 1966 or 1967, running dance halls in Leeds, Wakefield and Manchester. He spent a lot of time with his mother Agnes, who had moved to Scarborough, living there with her until her death in 1972.

He had a series of mobile homes and camper vans from the 1960’s onwards, which are also alleged to have been associated with offences committed at many locations.

He maintained her flat on the Esplanade, Scarborough for the rest of his life and bought a flat at Roundhay Park Leeds in the late1970’s. He also said he had a caravan in Scarborough for some time where he took girls, although this may have been a reference to one of his mobile homes. He visited Whitby occasionally when he was in Scarborough.

His first known victim was assaulted in 1955, his last on the train between Leeds and London in 2009.  For a more detailed biography see here,

Savile had a very close association with Leeds for all of his life and was associated with the following places in West Yorkshire, at one time or another:

He was a man who thought about abusing children every “waking minute of the day” and so it must be a concern that he may have committed offences at some or all of the above locations. Given the understandable reluctance of some of his victims to come forward, many of his victims and the locations of his crimes will probably remain unknown.

However, one set of offences is very well documented and that is the 1966 Otley Council Ball, where Saville alleged the Chairman of the Council procured six girls to sleep with Savile and a millionaire friend of his.

Savile went on to claim that a Council neighbouring Otley entered into a similar agreement to procure six girls to sleep with Savile in 1967, but which had to be called off because of the Foot and Mouth outbreak.

From the above description, it appears that the girls concerned were under age and probably vulnerable to being enticed by Savile’s media status, popularity and guile.  In this context, Savile was witnessed taking a young girl he obtained from a local carnival to his room by a member of the staff at Broadmoor, and his charity work gave him constant access to these events. So it seems to be a credible allegation supported by witnesses and not denied at the time. Leeds City Council (the successor to Otley Urban Distric Council) commented to Real Whitby:

“We’re as shocked and horrified as the rest of the country by the allegations against Jimmy Savile. Previous tributes by the people of Leeds and the city were undertaken in good faith based on what we knew of him at that time. Given the seriousness of the allegations we have removed his name from the civic honours wall of the Civic Hall. Our thoughts are with all those who suffered any form of abuse and continue to suffer distress as a result of his actions.”

The identity of the mystery Chairman of the Council that entered into this despicable arrangement and ferried underage girls around in an official car to spend the night with Britain’s most prolific paedophile has not yet been revealed.  However, concerning the millionaire accomplice, Savile had a very small circle of close friends and so far as we are aware, only two of them – Scarborough businessmen Mr Jimmy Corrigan and Mr Peter Jaconelli – are described as millionaires.

Jaconelli made his money from ice-cream parlours in Scarborough, was elected first Councillor, then Mayor, and died in 1999.

Jimmy Corrigan was “the Leeds-born millionaire regarded as much a part of Scarborough as the donkeys and the rock, died just weeks after discovering he was suffering from cancer in 2000.  The flamboyant showman and ‘slot machine king’ was a teetotal fitness fanatic and running partner of the resort’s other famous Jimmy, Sir Jimmy Savile.”

Given that Jaconelli’s preference was for boys, the inevitable conclusion is that he was not the millionaire in question.

It is clearly incredible that a Council Chairman could procure six young girls to stay the night with two grown men after a dance, ferry them around in an official car and arouse no suspicion.

For some time investigative journalist Neil Wilby has been alleging that paedophile Officers in West Yorkshire Police have been protected from prosecution.

A Police Officer, Inspector Mick Starkey, acted as Savile’s bodyguard and chauffeur, nine retired/serving Officers met with him every Friday for tea, cakes and (according to one member) whisky in his flat at Roundhay Park, Leeds, and a retired Police Officer was present as a ‘minder’ when he was interviewed by a journalist.

Another Police Officer, “Inspector 5”, arranged for Savile to be interviewed by Police at Stoke Mandeville Hospital instead of at a Police station, thereby making it easier for Savile to manipulate the interview.

According to Savile, “blackmail” letters were ripped up by these Officers during these meetings.

If this is so, then it is a very serious act of misconduct. Given the nature of Savile, it appears that these letters may have been making allegations that were in fact valid, in which case the Officers concerned had a duty to investigate the allegations instead of destroying evidence at the request of Savile. Alternatively, if they were false allegations made for the purpose of blackmail, they had a duty to preserve them as evidence and arrest the originators of them.

Apart from Starkey and Wetherby Police Sergeant Matthew Appleyard, we do not know who the other seven Officers were, or which Forces they were from, because both the Chief Constables of West Yorkshire Police and North Yorkshire Police are refusing to confirm this.

In stark contrast, the British Transport Police have very openly and helpfully confirmed that none of their Officers were involved.

One of Savile’s close friends was Mr Ray Teret (spellings vary), who shared a flat with Savile and was also his chauffeur in Manchester.

Savile has been accused of committing offences in Manchester in 1966.

We have confirmed with a reliable source on Savile, that Teret visited Scarborough and stayed with Jimmy Savile and his mother Mrs Agnes Savile (who died in 1972) on occasion, but it appears did not spend a lot of time there.

Savile had a flat at Eastcliff, Bournemouth, from 1972 until his death. It has been suggested that Peter Jaconelli had a conviction for an offence committed in Bournemouth, but this has proven impossible to verify, nor can we ascertain if Jaconelli  stayed at Savile’s flat in Bournemouth.

Interestingly, an allegation has been posted in the comments column of my last article concerning offences which may have taken place in Bournemouth at this flat.

Savile travelled widely, lived at up to five different locations at any one time, and moved frequently between them, committing offences at multiple locations.

The appearance of Scarborough businessman Corrigan in Leeds, and Manchester-based DJ Teret in Scarborough, does indicate the possibility that members of Savile’s entourage also did not confine themselves to their local area and in fact were also much more mobile than we had at first realised.

In next week’s final article on Savile, we will be developing this theme and focusing on the interactions between Savile’s Scarborough “Team” and the BBC.