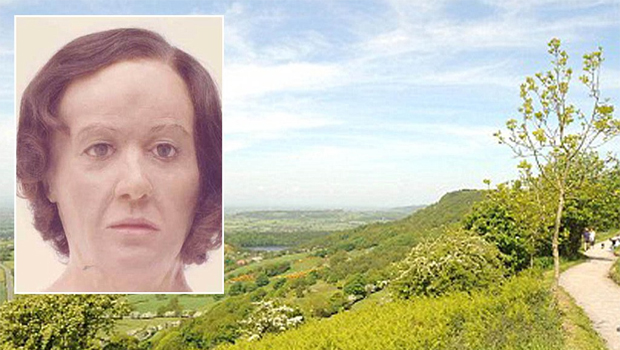 Tim Hicks is a freelance journalist who covers crime for the NYE and followed the Yorkshire Ripper investigation as a young man.

Chris Clark is a retired Police Intelligence Officer with twenty eight years’ service. In retirement he has pursued his interest in unsolved cases. He has co-authored a book “The Face Of Evil”. The true story of serial killer Robert Black. He is currently working on a book investigating the “Hammersmith nude murders” of 1964 to 1965. He co-authored the book “Yorkshire Ripper The Secret Murders” with award winning investigative journalist Tim Tate, which was reviewed in the NYE by Tim Hicks (Review here). For more information on Chris, please visit his website here.

In this article, they assess the response of North Yorkshire Police (NYP) to the possibility that Peter Sutcliffe committed crimes in North Yorkshire.

The Yorkshire Ripper investigation in 1975 – 1981 was, up to that time, the biggest police investigation ever undertaken in Britain. Peter Sutcliffe – a married lorry driver from Bradford – was convicted of murdering thirteen women and attempting to murder another seven between 1975 and 1980.

All of the police investigations (Byford, Halliwell and Samson) to determine the full number of offences that Sutcliffe committed have been shrouded in official secrecy and withheld from the public.

Following correspondence over the review, Chris agreed to team up with Tim Hicks to provide – as far as is possible with the information available – a definitive list of the full extent of the crimes committed by the Yorkshire Ripper, not just those he was convicted of. The NYE article giving the authors assessment of the full range of Sutcliffe’s offending is below:

NYE: Yorkshire Ripper How Many Victims?

They believe it is the most up-to-date and accurate assessment of the attacks made by Peter Sutcliffe available to the public. They estimate that Sutcliffe murdered thirty-six women and attempted to murder twenty-three in the period 1964 to 1981.

No such estimate has ever been issued by the police.

Did Sutcliffe attack in North Yorkshire?

All of the offences assessed by the police as having been committed by Peter Sutcliffe are tightly grouped around Manchester, Bradford, Halifax, Leeds, Sheffield and Huddersfield in the West Yorkshire Police (WYP), South Yorkshire Police (SYP) and Greater Manchester Police (GMP) areas. This clearly lacks credibility. Sutcliffe operated across England as part of his work and social life. He did not limit his travel to Yorkshire and Manchester and there was no reason he should limit his crimes to this small area.

The authors believe that two of the offences he committed and which went undetected, were committed in North Yorkshire. These are:

Both offences were covered comprehensively in the NYE articles Peter Sutcliffe or the Harrogate Ripper and Nude in the Nettles. Was it Sutcliffe?

This quote from “Yorkshire Ripper The Secret Murders” by Chris Clark and Tim Tate gives the facts of the case.

“In the early hours of Sunday 18 February, a sixteen-year –old student was hit from behind with an all-too-familiar blunt instrument. She survived, though suffering from severe head injuries she was not able to give a description of her attacker as she had not seen him.

What happened next was straight out of the Keystone Cops School of investigation. North Yorkshire Police decided that the young woman had injured herself by falling on the icy pavement and that therefore no crime had taken place. They maintained this incredible fiction even after Home Office pathologist (and consulting Ripper expert) Professor David Gee examined the victim at Leeds General Infirmary and discovered deep and serious skull damage. He noted that “there was one linear laceration on the left side of the top of the head two and a half inches long and on the right side of the top of the head two inches long. A third curved laceration at the back of the head was about one inch long.

It would take several years for the North Yorkshire force to concede that these could not have been caused by an accidental fall and that the student had suffered a vicious attack. But still no connection was made to the unprecedented and enormously high profile hunt for Britain’s most notorious smasher of the back of women’s skulls being conducted by the Ripper teams.”

Sutcliffe attacked Miss Ann Rooney a 22-year-old student on the evening of Friday the 2nd of March 1979 in Leeds. She was struck on the head from behind three times leaving distinctive semi-circular wounds which were established to have come from a round hammer. She sustained no other injuries because Sutcliffe was disturbed and scared off.

1.2 Why the authors believe the Harrogate attack was perpetrated by Sutcliffe

It is possible that the assailant was disturbed; hence the reason that the attack was not pressed home to become a murder. The Harrogate attack has the characteristics of Sutcliffe’s modus operandi:

The authors believe this is the first time both offences have been tested against the Byford criteria.

The original investigation did not identify the similarities in the Harrogate attack with similarities with other attacks by the “Yorkshire Ripper”, the authors have identified above in1.2.

NYP has subsequently considered the possibility that an attack in Harrogate on the 17th of February 1979 was perpetrated by the “Yorkshire Ripper”.

2. Unidentified body at Sutton Bank, Thirsk. Known as the “Nude in the Nettles”.

On Friday the 28th of August 1981, NYP discovered the decomposing body of a woman at Sutton Bank just off the A170.

This 2011 appeal for information by NYP gives the bare facts of the case.

Despite determined and relentless efforts, NYP has not been able to identify the body or a suspect to this day.

The authors have concluded that the original investigation led by Detective Chief Superintendent Strickland Carter made a series of fatal errors, as follows:

The “Nude in the Nettles” investigation was a failure and closed in early 1983, with the mystery caller firmly established as the prime suspect.

Strickland Carter was the Detective Inspector commanding Scarborough CID in the 1970’s, when Conservative Mayor Peter Jaconelli was openly abusing children in Scarborough. Although many complaints were made about him and Jimmy Savile to Scarborough police, he was never arrested. NYP apology for this can be seen in this BBC Programme. Tim is one of the whistleblowers referred to in the programme.

In 2011 an appeal for information was made by NYP was issued as part of a cold case review. Based on the information that has been released by NYP, this review also appears to have made fatal errors:

In 2012, North Yorkshire Police exhumed the body and extracted DNA from it. This was done professionally, with commendable dignity and due reverence. Unfortunately, NYP was still not able to identify the body, despite having the advantage of DNA evidence.

2.4 Why the authors believe the “Nude in the Nettles” is one of Peter Sutcliffe’s victims

Sutcliffe was forensically aware and deliberately changed his modus operandi to confuse the investigation as to which crimes were his. This means that many of his attacks do not have the standard characteristics of a typical “Yorkshire Ripper” attack. The “Nude in the Nettles” case is one of these. However, there are reasons for this.

Truck stops in North Yorkshire at the A1 Services Boroughbridge and the A168 Thirsk were places where prostitutes and “truck hoppers” worked the lorry parks. Sutcliffe could easily have used the red light districts in Sunderland, Darlington, Hartlepool, Middlesbrough and Newcastle to hunt for victims. There has recently been press comment that Sutcliffe may have been responsible for the murder of Stephanie Spencer near a lorry park in Darlington on Saturday the 29th of May 1977. Sutcliffe only visited these places in his work as a lorry driver. The authors therefore believe that the “Nude in the Nettles” attack was undertaken on the spur of the moment from his lorry.

The authors believe the victim was murdered with a ligature and then stripped in the seclusion of the cab.

Sutcliffe knew that his vehicle was distinctive and the meticulous records maintained by T.W. Clark Transport would identify where he and his lorry were at any one time. He was forensically aware and knew he had to dump the body on the return journey to Bradford, without incriminating himself. The body looked like it had been dumped out of a vehicle. By 1979 Sutcliffe was very proficient with dragging a body. Chris estimates that this coupled with his upper arm strength ensured it would only take him a few minutes to park, dump the body and go. This explains:

Sutcliffe occasionally destroyed forensic evidence by burning his bloodstained clothes with garden rubbish. He may have destroyed the victim’s clothes that way, or thrown them from the cab.

In summary, the victim, body, method and crime scene are entirely consistent with Sutcliffe’s modus operandi, and he probably knew the place where the body was dumped.

In his documentary on the disappearance of Surrey schoolgirl Ruth Wilson, leading investigative journalist Martin Wright describes (at 14.21), how Surrey Police refused to take advantage of the publicity generated by the program, because it feared the programme would criticise the original investigation. He also describes (at 14.50) how the local media is the best source of information, because whenever an article was run, it produced new information.

The NYE recently ran an appeal for information and asked NYP to conduct a joint appeal. As with Surrey Police, our offer was ignored. This was disappointing, particularly as the NYP Cold Case Review Unit (CCRU) has had some notable successes, (examples here, here and here) recently

The NYE appeal was successful. One person has come forward with a name for the body. This has been passed to the NYP CCRU.

The NYE is therefore running another appeal for information.

Wax reconstruction of the victim’s head and face

[Note sleeping compartment at the back of the cab]

If you have any information, please contact the North Yorks Enquirer using our letters@nyenquirer.uk address. All responses will be treated in the strictest confidence.

NYP was provided with a draft of this article and asked for a comment. It was again offered the opportunity of running a coordinated appeal for information with the NYE. No response was received.